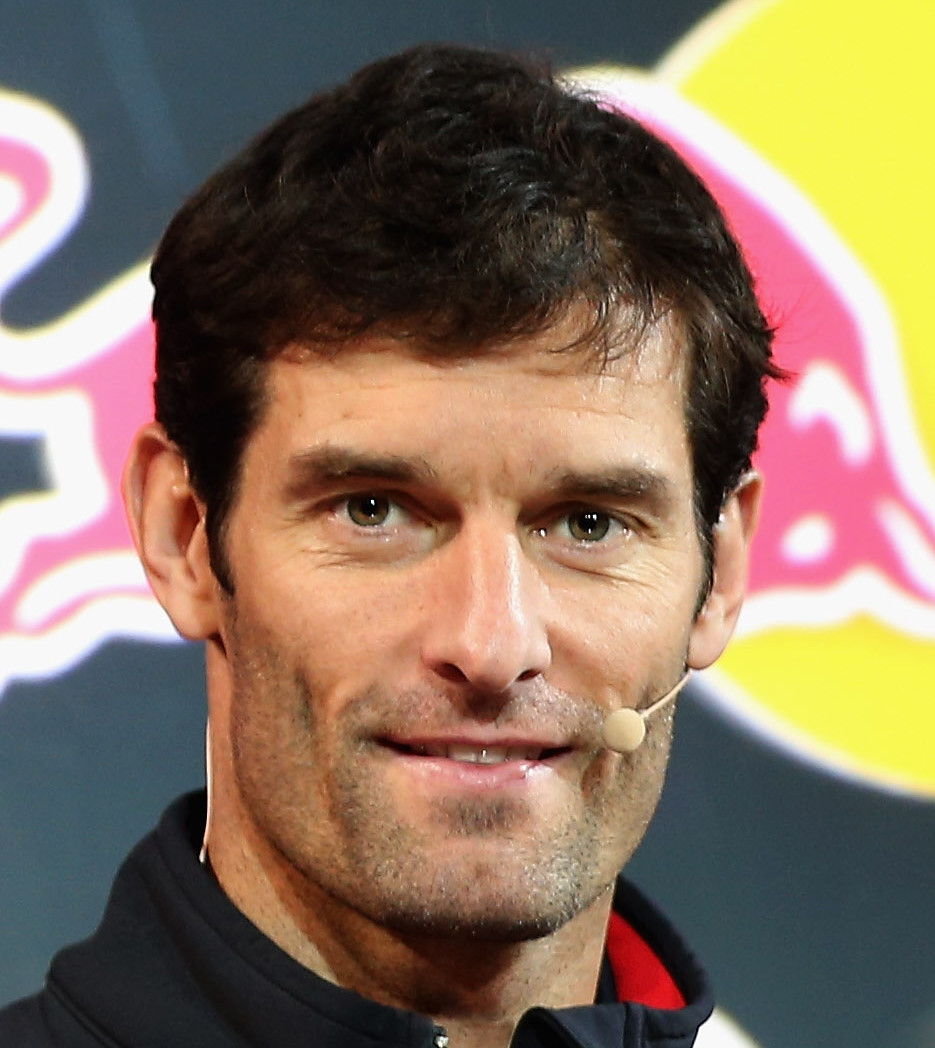 Webber should accept number 2 status – Wurz
(GMM) Mark Webber should be able to cope with life as a highly-paid and rated 'number 2'.

That is the view of former Williams driver Alex Wurz, who is the latest pundit to comment on the 'Multi-21' affair in the wake of the recent Malaysian grand prix.

Some, including 1997 world champion Jacques Villeneuve, said the affair and Red Bull's reaction shows it is "clear" Sebastian Vettel is the team's number 1.

On the issue of Australian Webber settling for the subordinate role, Austrian Wurz said: "He has a double digit million salary to help him deal with the pain.

"If he believes another team could serve him better, then he should say goodbye," Wurz told Spox. "But at the moment I think he will swallow the bitter pill.

"At the end of the day, he is on a team with which he can celebrate successes. If he is lucky and Vettel is not, maybe he could even win the title.

"Otherwise, he plays second fiddle, earns good money and is one of the stars of the show. Easy!" the 39-year-old insisted.

On the issue of number 1s, some saw the situation behind the warring Red Bulls in Malaysia as evidence Lewis Hamilton has arrived at Mercedes with clear favorite status.

"I think not," Wurz commented.

"For sure (Nico) Rosberg and his management will have been straight onto getting an explanation.

"(They will be asking) if a pecking order has been established. Or whether it was a spontaneous decision based on logic.

"Maybe (Ross) Brawn was not thinking about the friction and the misunderstanding that may arise."

"Even though it's not official," he told the BBC, "there's definitely a strong focus on Hamilton being their main challenge for the championship.

"They've opened their arms to Hamilton and they've certainly got their arm round him quite well at the moment."

No unfair Pirelli advantage for Lotus – Wurz
(GMM) Alex Wurz has played down suggestions Lotus has an unfair advantage over its formula one rivals in 2013.

Since Pirelli scrapped its outdated 2009 Toyota test car, it has been developing the sport's control tires at the wheel of a 2010 Renault single seater.

The R30 was built by the Lotus team at Enstone for the 2010 season, when it was the Renault works team.

So some have suggested that Pirelli's 2013 tires suit the Melbourne-winning black and red E21 best of all, because the R30 and Lotus' 2013 machine share the same basic design philosophy.

"It's obvious that the Pirelli tires are designed for this type of car," Red Bull's Dr Helmut Marko said last month.

"The Lotus of today has the same DNA."

Former Williams driver and Austrian Wurz, however, thinks that argument is invalid.

"Each team could have made a test car available to Pirelli," he told Spox. "But no one else wanted to.

"I don't think they (Lotus) get a benefit," added Wurz.

"These are standard tires; everyone has the same number of tests, the same amount of time to adjust to them and develop.

"They're all dealing with the same problem, which is trying to outsmart the competition and find an advantage.

"It's an opportunity, not a disadvantage."

Team orders saga 'very good' for F1 – Wurz
(GMM) The 'Multi-21' affair has been nothing except "very good" for formula one, according to former grand prix driver Alex Wurz.

The controversy surrounding Red Bull's imposition and Sebastian Vettel's defiance of team orders at Sepang has been the major talking point in the long gap between March and April's rounds on the 2013 schedule.

Some believe Vettel brought his world champion titles into disrepute by dishonoring his team, while others say the mere imposition of team orders is an insult to fair play.

Asked what he thinks of the affair named after Red Bull's team orders codeword 'Multi-21', however, Wurz insisted: "I see it as very good for the sport.

"The bottom line is that it's good for business, even if it can be debated whether the actions of some teams is right for the sporting ideology," he told Spox.

On that subject, Wurz doubts what German Vettel did was justifiable.

"It began on lap 28, when Sebastian said on the radio 'Get Mark out of the way, he is too slow'.

"At that time, Webber had the tires well under control and was able to respond by extending his lead to five seconds. Sebastian was not able to counter it.

"In retrospect, we now know what 'Multi-21' means. Had Red Bull not issued these team orders, for sure – with 99.9 per cent certainty – Webber would have brought it home.

"On the day he had been better with the tire management. But he accepted the team's instruction and turned his engine down.

"Sebastian didn't, and couldn't resist the temptation to drive past," said Wurz.

Red Bull to have new F1 reserve in China
(GMM) The new cream of Red Bull's driver development program is continuing his steady push towards formula one.

For well over a decade, even before the energy drink company had even one F1 team let alone two, Red Bull has been backing promising young drivers for a future on the grid.

The latest are Daniel Ricciardo and Jean-Eric Vergne, who have just begun their second – and some would say decisive – seasons at Faenza based Toro Rosso.

Undoubtedly, the Red Bull youngster next in the queue is Portuguese 21-year-old Antonio Felix da Costa.

This year, he is considered a potential champion of the Formula Renault 3.5 series, and the next step after that could be a seat at Toro Rosso.

"I see no problems with that," Frenchman Vergne insisted in February. "That's how it works at Red Bull.

"I've been in the same position. Antonio is a good driver."

It now emerges that da Costa has moved a step closer to his target this week, having been dispatched by Red Bull to Shanghai.

After winning the Formula Renault round at Monza, he is indeed now en route to China, where he will fill in for regular Red Bull reserve Sebastien Buemi.

While F1 races in the Far East, Swiss Buemi will be at Silverstone, kicking off his sports car world championship campaign at the wheel of Toyota's hybrid prototype.

Williams aiming for significant step in Spain
Former world champions Williams have targeted next month's Spanish Grand Prix for a significant step forward with their car after failing to score a point in the first two races of the Formula One season.

Williams won at Barcelona's Circuit de Catalunya, the first race of the European season, last year with Venezuelan Pastor Maldonado. This year's race is on May 12.

In a preview of Sunday's Chinese Grand Prix, which is followed next week by the Bahrain Grand Prix, technical director Mike Coughlan said the team had been going through the data to try and understand where they needed to improve.

"We feel we have a better understanding of where we are and the whole team has been working hard to improve our competitiveness going into the next few races," he said.

"Ultimately we are looking at a significant upgrade for the Spanish Grand Prix."

Coughlan said the conditions in China, with cooler temperatures, should suit the Williams team better than in Australia and Malaysia although the circuit surface was quite hard on tires.

Alesi: no point complaining about tires
Ex-Formula 1 driver and Pirelli ambassador Jean Alesi says teams should refrain from criticizing this season's modified tire compounds, explaining that the Italian manufacturer has simply created rubber based on the brief it was given last year.

The Frenchman, whose role was announced at the launch of Pirelli's new tire range in January, is adamant that the best outfits will still come out on top when the campaign draws to a close and has urged the field to hold back on their complaints.

"This is exactly what was asked, and in my opinion just what the sport needed," Alesi said of the situation. "One thing that doesn’t change at all is that the best teams will always be the most successful, so there is no point for anybody to complain because this will always quite rightly be the case, whatever you do with the regulations.

"I raced through many different tire regulations and suppliers during my career and while they all had different aspects, Pirelli is the company that has supplied the most entertainment to all the fans: so far we have seen two fantastic races."

For the Chinese Grand Prix, Pirelli will provide its Soft and Medium tire compounds.

McLaren 'on the right track' and hopeful over China upgrades
McLaren's Jonathan Neale says the team do now have a good understanding of the problems affecting the MP4-28 and has expressed confidence it won't be too long before they return to winning ways.

The former World Champions head into this weekend's Chinese GP on the back of a particularly busy three weeks of work at their Woking factory in which they prepared what Sky Sports F1 analyst Mark Hughes described as a "major engineering upgrade" of the underperforming car.

The MP4-28's early-season woes are believed to have been traced to an aerodynamic issue centering around the car's underfloor, and speaking to journalists on Tuesday, Neale, McLaren's Managing Director, confirmed they were taking "a number of upgrades" to Shanghai and that drivers Jenson Button and Sergio Perez could therefore expect a "very busy" Friday practice as they tried out the parts on track for the first time.

"I believe we do know where the problems on the car are but in order to be absolutely sure about that we need to run the package that we're going to run in China," Neale said during a Vodafone McLaren Mercedes phone-in.

"So the work on Friday is a very key element to it. As always with cars, there's no one thing or one magic bullet, there are a number of things that will restore the performance of the car.

"And we believe that we've got an underlying very good package, but it's clearly not the performance that we predicted.

"So I think if you asked that question at the end of the Chinese weekend we'd have more confidence but we have a great group of people, everyone's working very hard and we've been buoyed by the effort and the hard work of Sergio and Jenson who have been tremendously tolerant and hard working for us both in the car and out of the car.

"I certainly believe we're on the right track now and we do have an idea where the problems are."