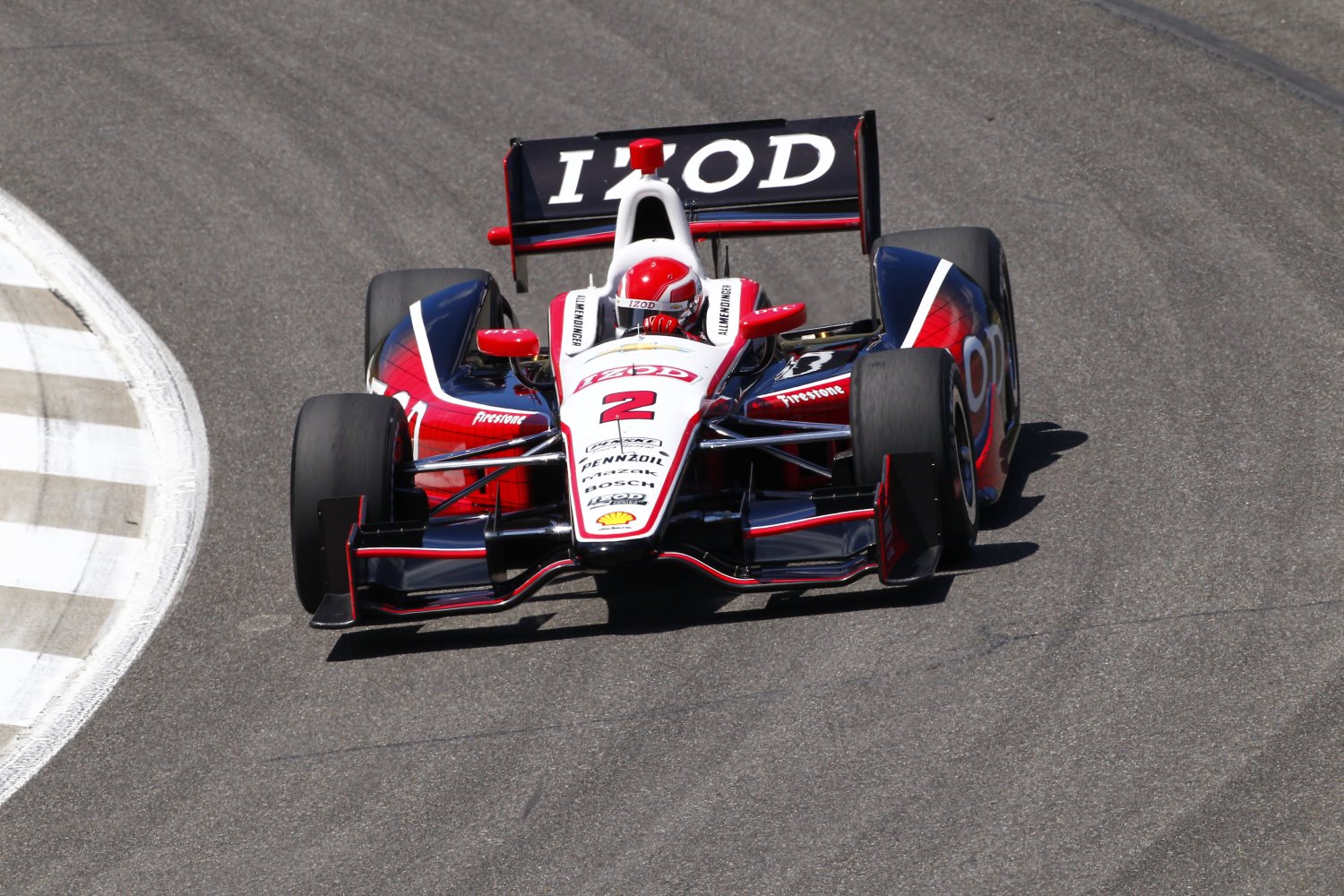 Penske Racing president Tim Cindric didn't hesitate to commit another IZOD IndyCar Series race for AJ Allmendinger before the 97th Running of the Indianapolis 500 based on what he's seen of the 31-year-old in the No. 2 IZOD Team Penske car.

Allmendinger will be entered in the Toyota Grand Prix of Long Beach on April 19-21 — a homecoming of sorts for the California native who has competed on the temporary street circuit three times in CART:

Allmendinger is making his IZOD IndyCar Series debut this weekend in the Honda Indy Grand Prix of Alabama and is entered in the Indianapolis 500 on May 26. He'll participate in the Rookie Orientation Program at the Indianapolis Motor Speedway on April 11 (rain date April 12; the event is open to the public).

“We decided we needed to get him more seat time," Cindric said. "As the emotions get into it and with (team owner) Roger (Penske’s) commitment to the organization, we don’t want to go into Indianapolis any less prepared than we can be. AJ has continued to gel with the team and it’s worth the investment for us to have him run at a place where he’s already run."

Penske is the race strategist for the No. 2 entry and team technical director Ron Ruzewski is the race engineer.
“You put the plans in place and they you have to make the decision whether to pull the plug or not," Cindric said, adding that the primary sponsor will likely be a Penske-related organization. "We won’t run him at Brazil, so it will be Long Beach and then Indianapolis, and we’ll see after that."
Allmendinger is encouraged that the 1.968-mile, 11-turn Long Beach circuit is familiar unlike Barber Motorsports Park.

“It’s not an oval (before Indianapolis), but it’s more time in the car with pit stops," he said. "It’s exciting; I’ve always missed that race since I left. Being a California native it was always a fun race to go to. Just to have another race under my belt at a place I’ve fairly familiar with I’m looking forward to it.

“Everything I’ve said about (Roger Penske) probably is the biggest understatement. I just feel fortunate to have a guy like that care about me so much. I’m not going to ask him why, because I don’t want him to question his own mind, but I feel very lucky."

Ability, not luck, has been Allmendinger's ally through practice sessions on the 2.38-mile, 17-turn Barber Motorsports Park road course. He was in the top 10 in two of the three sessions heading into qualifications for the 90-lap race April 7.

“I’m a little bit sore and still holding my breath a little bit in the fast corner, but it’s good so far," he said.

Cindric has seen progress, but was initially impressed during the Open Test on March 12-13 at the venue.

“There are sections of this track where he’s actually better than (teammates Will Power and Helio Castroneves) and they’re able to feed off that. The fortunate thing is he has the first pit here, so he can focus on pulling in and out. We just want him to get laps; he’s not racing for points. Anything you can do here will help in the future."