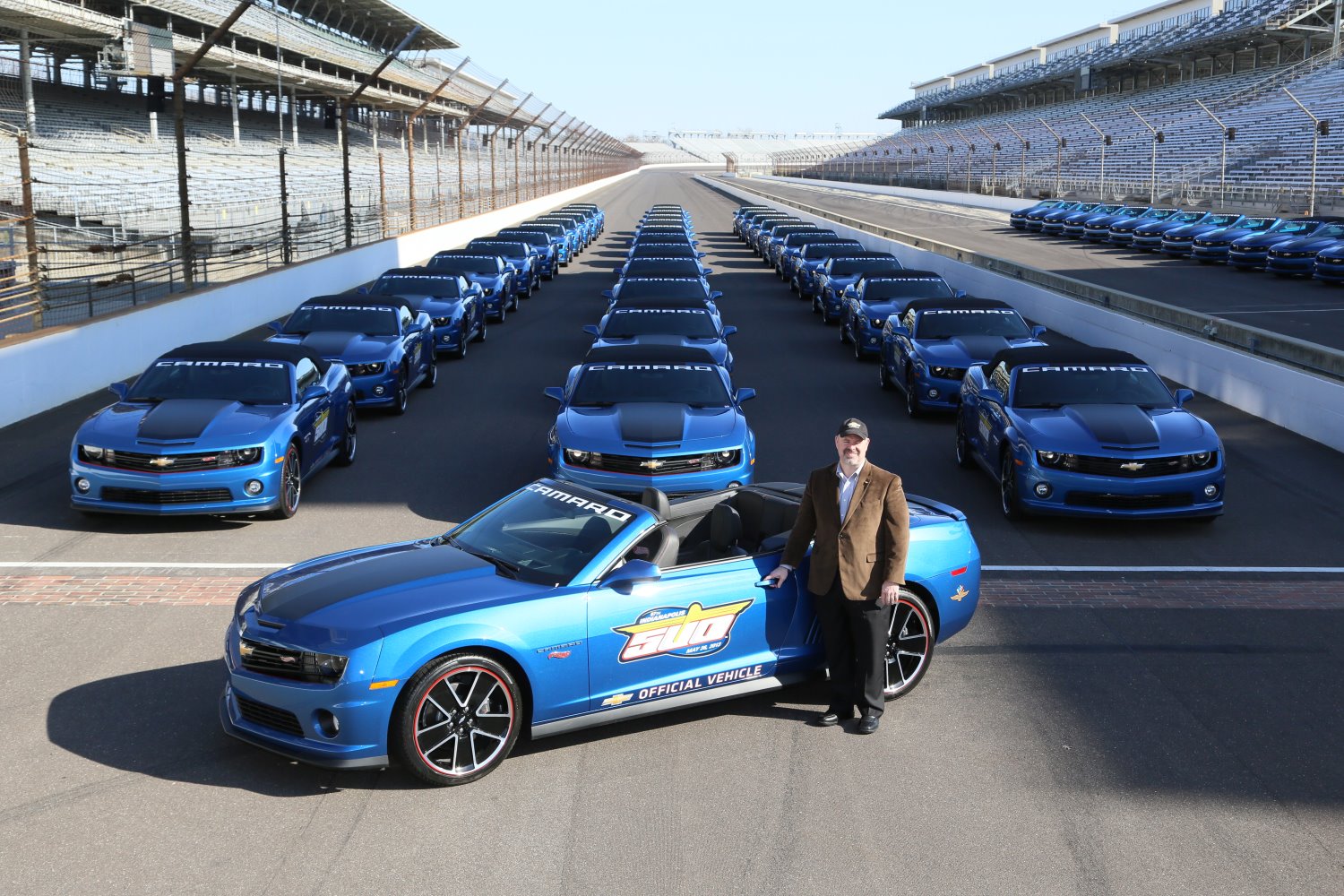 The 33 directors of the 500 Festival received their Indianapolis 500 Chevrolet Camaros in a ceremony Wednesday at the Indianapolis Motor Speedway, a longtime tradition leading into the Month of May and "The Greatest Spectacle in Racing."

The "Festival cars" have reminded Indianapolis-area residents of the upcoming Indianapolis 500 since the 1960s, and this year's unique cars will capture more attention and start more conversation than usual as they are driven around Central Indiana.

Each of the 500 Festival cars this year is a special Camaro Hot Wheels Edition convertible, which will arrive at Chevrolet dealerships this spring after a limited, one-time production run. It's the first time a full-size, production Hot Wheels car has been offered for sale by any manufacturer.

The Camaro Hot Wheels Edition echoes the cues that Hot Wheels enthusiasts recognize, including a vibrant, graphics-accented metallic paint scheme and even the red-lined wheels. The result is instantly recognizable as a Hot Wheels.

A dual-mode exhaust system is available on SS models with the six-speed manual transmission, as well as LT models with either the manual or automatic transmission. Similar to the systems found on the Camaro ZL1, the vacuum-actuated system provides a quieter driving experience at low engine speeds and a more aggressive sound during hard acceleration.

A Chevrolet Volt also was presented to Indianapolis Mayor Greg Ballard during the ceremony.