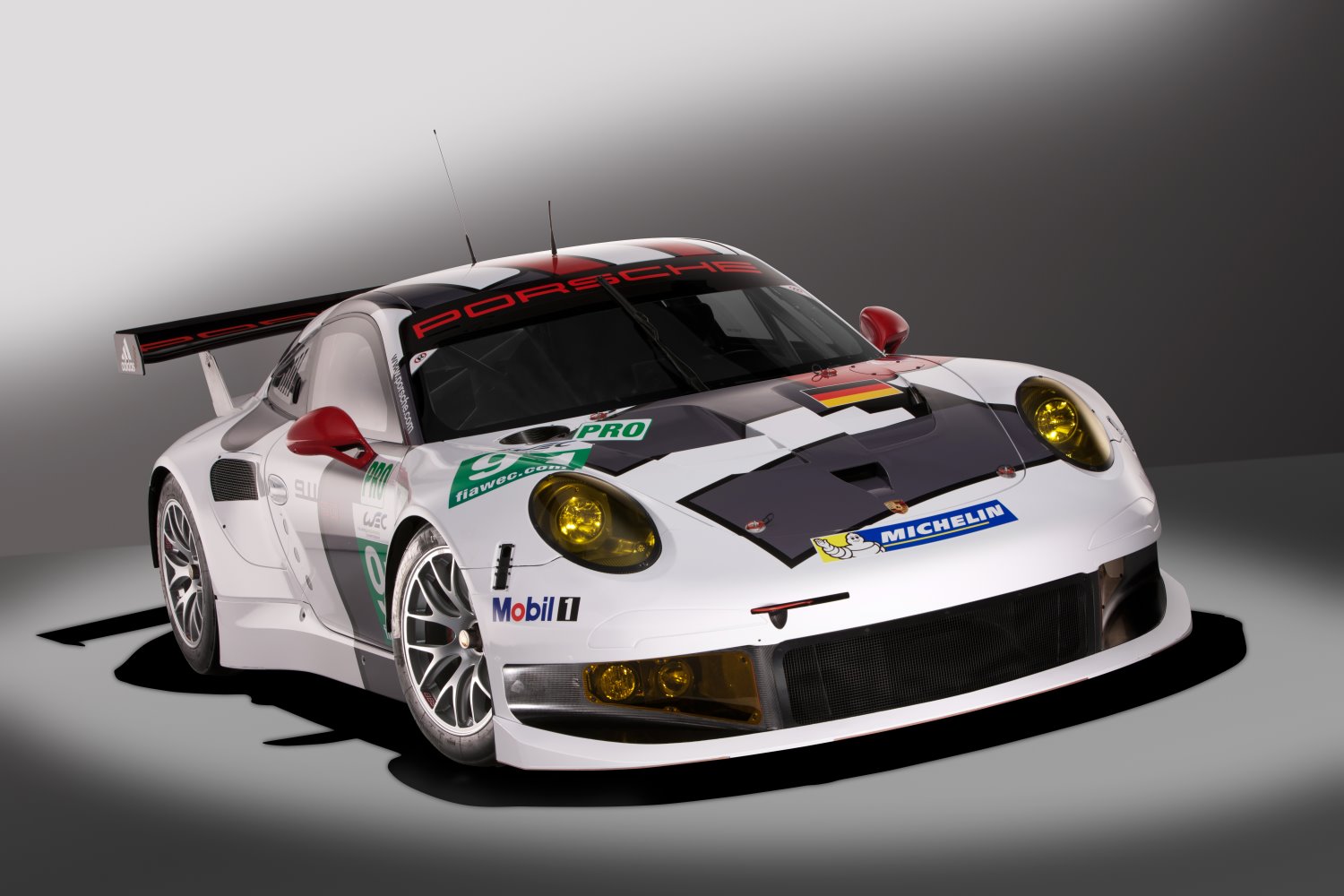 Porsche has developed a new GT race car for the World Endurance Championship (WEC) and the Le Mans 24 Hours. The car was shown this week in full livery for the first time. Also, this week, the company is peeking around the corner to its Le Mans Prototype entry in 2014 with the unveiling of its “Mission 2014" web site.

By clicking on www.porsche.com/mission2014, you can start Porsche’s journey with a trip back into history. Over the next couple of weeks, Porsche fans can experience the greatest moments of the company’s motorsports history again, hear interviews with the racing legends, see historic picture galleries and read the stories behind our greatest racing victories. Every week, new content will be available so repeat visits are recommended to “Mission 2014. Our Return." The first episode features Porsche’s overall victories at Le Mans in 1971 and 1976 or an interview with Porsche’s first Le Mans winner, Richard Atwood.

For 2013, the new 911 RSR race car, running in the WEC LM-GTE class, is characterized by significant lightweight design and sophisticated aerodynamics. The exceptional vehicle styling honors a very special anniversary: From a bird’s eye perspective, the numbers 50 and 911 are visible. These stand for 50 years of the Porsche 911. The Porsche AG Team Manthey works squad will exclusively field two Porsche 911 RSR race cars in the World Endurance Championship’s 2013 season including the 24 Hours of Le Mans. The car will not run in a North America series for 2013.

The new 911 RSR, which is based on the seventh generation of the iconic 911 sports car, follows in the footsteps of its successful predecessor, the 911 GT3 RSR (type 997). As with the production vehicle, the wheelbase grew by about ten centimeters, or four inches. A new wishbone front suspension replaces the previously used McPherson struts. Another new development from Porsche Motorsport is the particularly lightweight racing gearbox. The six gears are selected via paddles on the steering wheel. The 460 hp, 4.0-litre six-cylinder boxer engine was taken from the predecessor and optimized in detail.

One of the priorities in the development of the new 911 RSR was the more evenly balanced weight distribution. The center of gravity is also significantly lower than that of its predecessor. Carbon fiber played a crucial role in the new design. The front and rear mudguards, front and rear lids, doors, underbody, wheel arches, rear wing, dashboard and center console are constructed from the very light and strong material. Moreover, all windows are made of particularly thin and light polycarbonate. Also contributing to the weight reduction is the lithium-ion battery known from the 911 GT3 road going models.

The look of the new 911 RSR is dominated by the flared mudguards and the deep cooling air intakes at the front. With the new air ducting, the radiator is now centrally-located in the front and even more effective than in the previous model. At the same time, the cockpit air conditioning became more efficient. The quick-change concept of the body parts was specially adapted for endurance racing, allowing for easier maintenance and shorter repair times. The front end, front lid and rear panel are fitted with quick release systems and can be replaced within seconds.

Competing in the Porsche 911 RSR with starting number 92 are Porsche works drivers Marc Lieb (Germany) and Richard Lietz (Austria), who already shared a cockpit in the 2012 WEC. At the first two races of the season in Silverstone (April 14) and Spa (May 4) as well as at the 24 Hours of Le Mans (June 22), they will receive support from their works driver colleague Romain Dumas (France). Factory pilots also drive the #91 sister car, with Joerg Bergmeister (Germany) and Patrick Pilet (France) making up a team. In Silverstone, Spa and Le Mans, the duo is joined by Timo Bernhard (Germany).