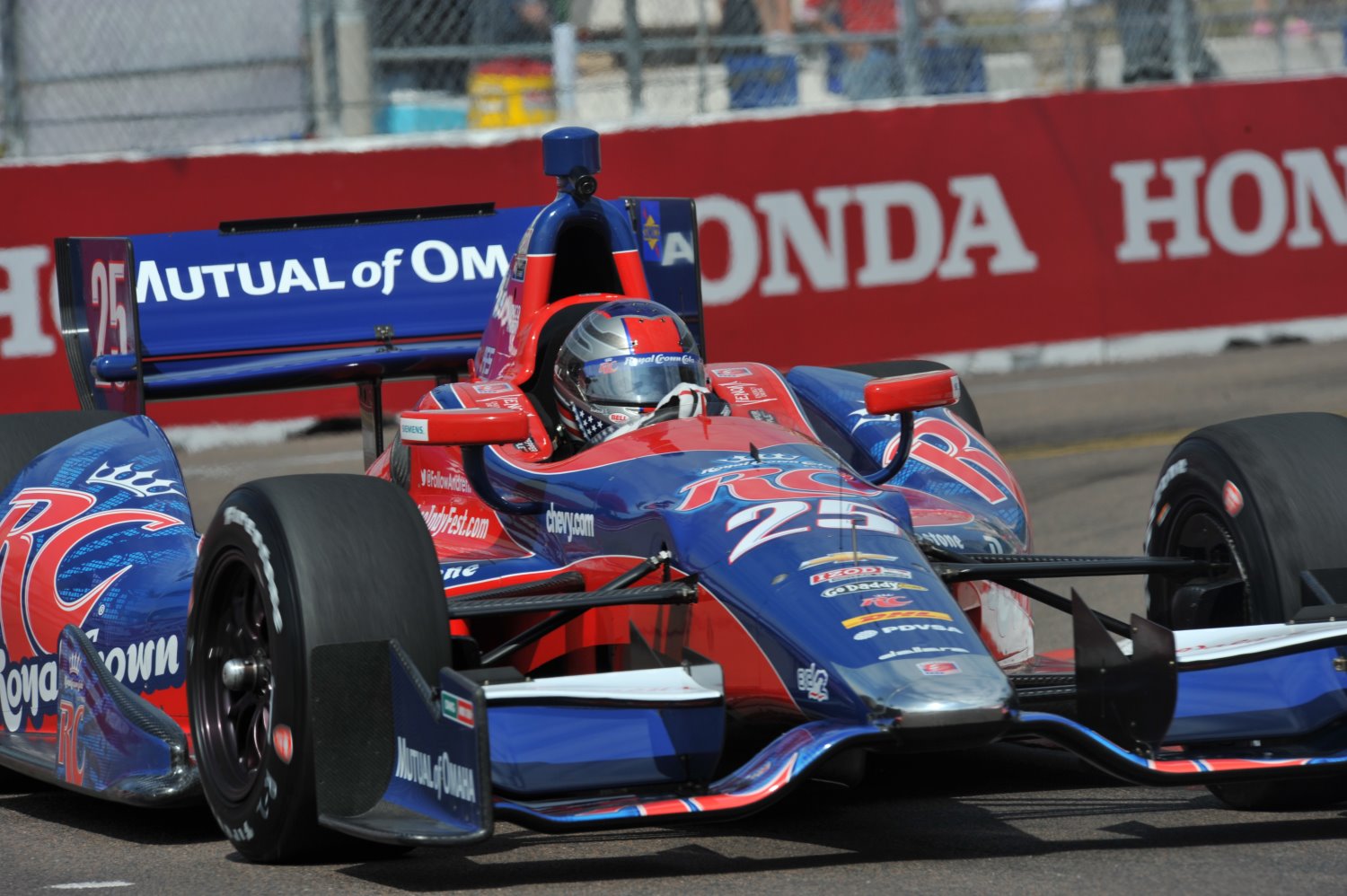 Marco Andretti ventured to Europe in the offseason to get pointers from a driver coach, pored over data from Andretti Autosport teammate Ryan Hunter-Reay's car, watched race video and even changed car numbers.

It all was in an effort to improve his street/road course game and luck. The early report is it's worked.

Andretti, driving the No. 25 RC Cola car, started seventh in the season-opening Honda Grand Prix of St. Petersburg and overtook both Tony Kanaan and Simona de Silvestro in the final laps to earn his first podium finish in a street/road course event since Toronto in July 2011.

"For me, this feels like a win for the struggles I have been having," said Andretti, who posted his best finish on the 1.8-mile, 14-turn street course in eight races. "All I can say is that it feels great to have the hard work pay off."

After restarting fifth on the final restart on Lap 84, Andretti said he conserved his tires while others pushed their tires. He overtook Kanaan for fourth place with five laps to go and then passed de Silvestro two laps later as the KV Racing Technology pair faded as their tires started to wear.

"I knew her tires were going away. She was braking really early," Andretti said. "It's a selfish business. I felt for her but I needed this so bad. I saw both of them struggling to keep their cars underneath them. I was able to stay with them while really taking it easy on my rear tires because I knew it was going to come down to the last few laps. It was that whole middle of that stint that kind of got me the podium. I think when they were pushing I was kind of cruising, holding the gap to (Scott) Dixon, as well. I think I had more at the end."

The podium finish also gives Andretti the confidence to know he can contend for race wins on street courses as well as ovals, where he was strong in 2012.

"It's all confidence," he said. "Obviously, I finished better than wherever the heck I was last year. Hopefully, we can be part of this snowball effect that people speak of and we can just keep clicking off a lot of great results. I've made my improvements where I need to improve, but sometimes you don't know why they come. You just got to keep working hard and hopefully it can snowball."