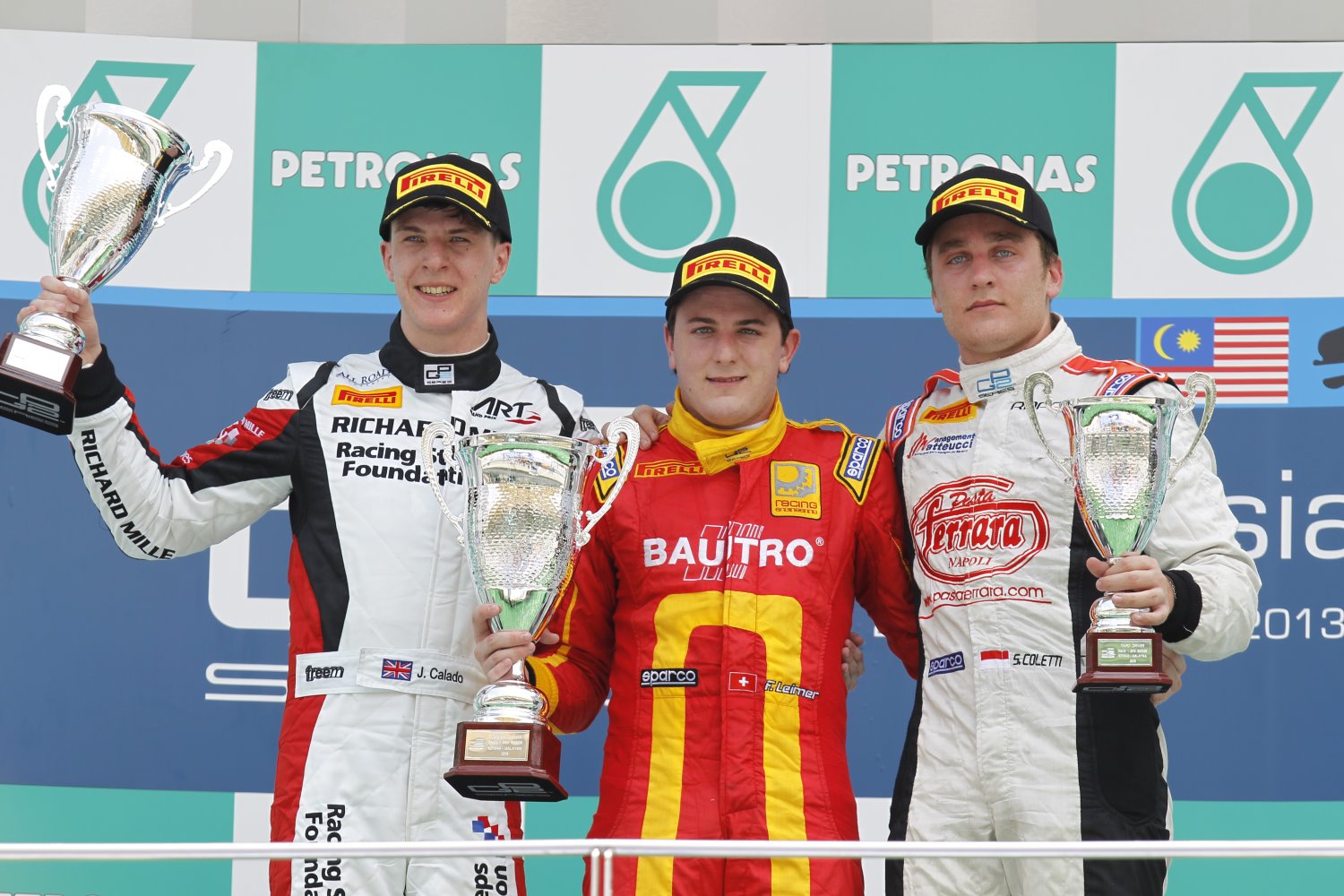 It’s been a long time coming. After a hit and miss season in 2012, Fabio Leimer finally snatched a win for Racing Engineering in this morning’s feature race at Sepang International Circuit. The Swiss came out on top after race long pressure from poleman Stefano Coletti.

As soon as the lights went out, Leimer made a blazing start from P4 on the grid and came to Coletti’s side on the outside of Turn 1, but the Monegasque driver retained the lead from the Swiss. Behind the battling pair, James Calado muscled his way past Felipe Nasr to take third, but the Brit ran a bit too wide shortly after, which allowed Mitch Evans who had just disposed of Nasr to take advantage of Calado’s mistake.

At the front, Leimer was on the hunt and worked hard to keep as small a gap to Coletti as possible, both men having opted to start the race on soft tires. Further down the pack, Calado reclaimed third as Evans started to struggle to keep the pace with Nasr sneaking through as well. The New Zealander went backwards even further until he pitted for a set of hard tires on lap 6.

Feeling the pressure from Leimer and struggling on his tires, Coletti also pitted on lap 6 handing the lead to the Swiss who immediately set a string of fast laps. Leimer came into the pits on lap 11 together with Calado, but he rejoined on track behind Coletti whilst Sam Bird and Jolyon Palmer lead proceedings, the latter having started from P22 on the grid on hard tires. The Carlin driver was promoted to leader on lap 12 after Bird was handed a drive through for ignoring a yellow flag. Palmer remained at the front until he pitted for softs nine laps later.

All eyes were glued on the on-going battle between Coletti and Leimer who were back in the lead. The Monegasque driver who had pitted earlier than his rival started to suffer from higher tire degradation. Leimer was quickly back onto Coletti’s rear who was locking up his wheels more and more. Eventually, Leimer found a way past around the inside of turn 1 with four laps to go. He immediately picked up the pace and tried to pull away. Calado added to Coletti’s misery by overtaking him for P2.

At the checkered flag, Leimer threw his fist in the air and enjoyed his first win since Barcelona sprint race in 2011. Behind Calado and Coletti, Nasr finished fourth ahead of Julian Leal, Palmer, Bird, Stéphane Richelmi (who will start tomorrow on reverse pole), Simon Trummer and Evans.