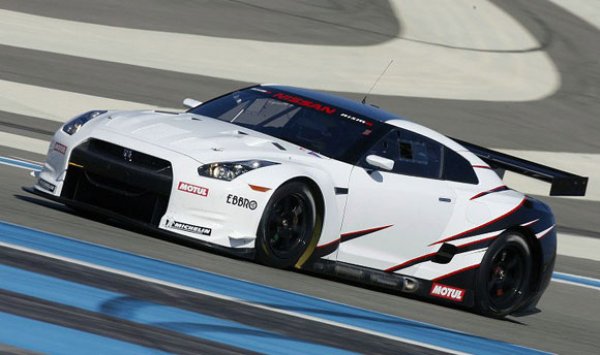 Australia's action-packed V8 Supercars will put on a show for Texans to remember when the panel slamming monsters make their U.S. debut at the Circuit of The Americas in Austin May 17-19. The Circuit and series organizers have unveiled the race formats as well as the official event name and logo, with the V8 Supercars Austin 400 being raced on the 2.3-mile short track at the spectacular venue.

In what is the ultimate Australian invasion, the V8 Supercars of Ford, Holden, Nissan and Mercedes-Benz E63 AMG will take to the track with aggressive, do-or-die racing that is sure to have U.S. motorsport fans hungry for more. V8 Supercars will contest four 100 kilometer sprints at the stunning Austin track with the unveiling of the race formats for the weekend, consisting of two races on Saturday and Sunday, preceded by a qualifying session each morning. The ultimate intent is showing the massive motorsport heartland what V8 Supercar racing is all about, promising to leave a lasting impact on the Texan and American audiences. A very large contingent of Australians is lining up to attend with Sportsnet Tour packages being snapped up by Aussie fans.

"We want to put on an unforgettable show for Americans to remember," V8 Supercars CEO David Malone said. "Our aggressive style of racing is enormously popular in the states courtesy of our coverage on the SPEED network and online. There is a very large following amongst fans and U.S.-based categories, particularly the teams and drivers of NASCAR and IndyCar. As Australia's premier motorsport category U.S. fans will be entertained and can expect the unexpected when 28 cars take to one of the world's most challenging road courses ever designed."

Teams and drivers are all but packed and eager to tackle the state-of-the-art track and four-time V8 Supercars Champion Jamie Whincup said he is pumped to get to Texas.

"We go out there and race hard, if it means bending a few panels here and there then so be it, I am sure fans won't be disappointed. Everyone is out there to prove a point and take home that very first V8 Supercars Austin 400 trophy," said Whincup. "Circuit of The Americas has been compared to Bathurst and if that is anything to go by, then people are going to love the action that is sure to unravel over the weekend. I can't wait; it's going to be an amazing experience."

Former Aussie Champion and NASCAR stalwart Marcos Ambrose said the short track was ideally suited to his former category and he looked forward to watching his beloved V8 Supercars break into the American market.

"The V8s are running the short circuit and that is somewhat unknown. But I think it might be the better choice. It is going to be very technical," Ambrose said. "The first corner will be interesting. I was so, so afraid of a crisis situation at the start of the Formula 1 race but I guess they took care of each other and got through it. The problem is that you almost do a 180 (degree turn) and, with the wide entry, you can go in there four abreast, but four abreast cannot come out."

Circuit President Steve Sexton said preparations are well on track for the May event. "We are excited to bring the V8 Supercars Austin 400 race to our new world-class venue in May," Sexton said. "The series has a remarkable overseas following and a solid fan base here in the United States. The charismatic teams and drivers put on a great show, and with 28 cars fighting it out on track, the series offers the kind of rough-and-tumble competition that keeps race fans on the edge of their seats. We believe V8 Supercars is a great addition to our first full year of sports and entertainment programming in Austin, and that the series will be a hit with families looking for an action-packed weekend that is fun and affordable."

Three-day tickets for the V8 Supercars Austin 400 start at $69 and can be purchased at http://circuitoftheamericas.com/v8-supercars/ or www.ticketmaster.com. Children under 12 receive free general admission tickets when accompanied by a parent or guardian. Australian fans are invited to lap up all the Texas action with a range of packages on offer through Sportsnet Holidays. Visit sportsnetholidays.com/v8texas for more information.