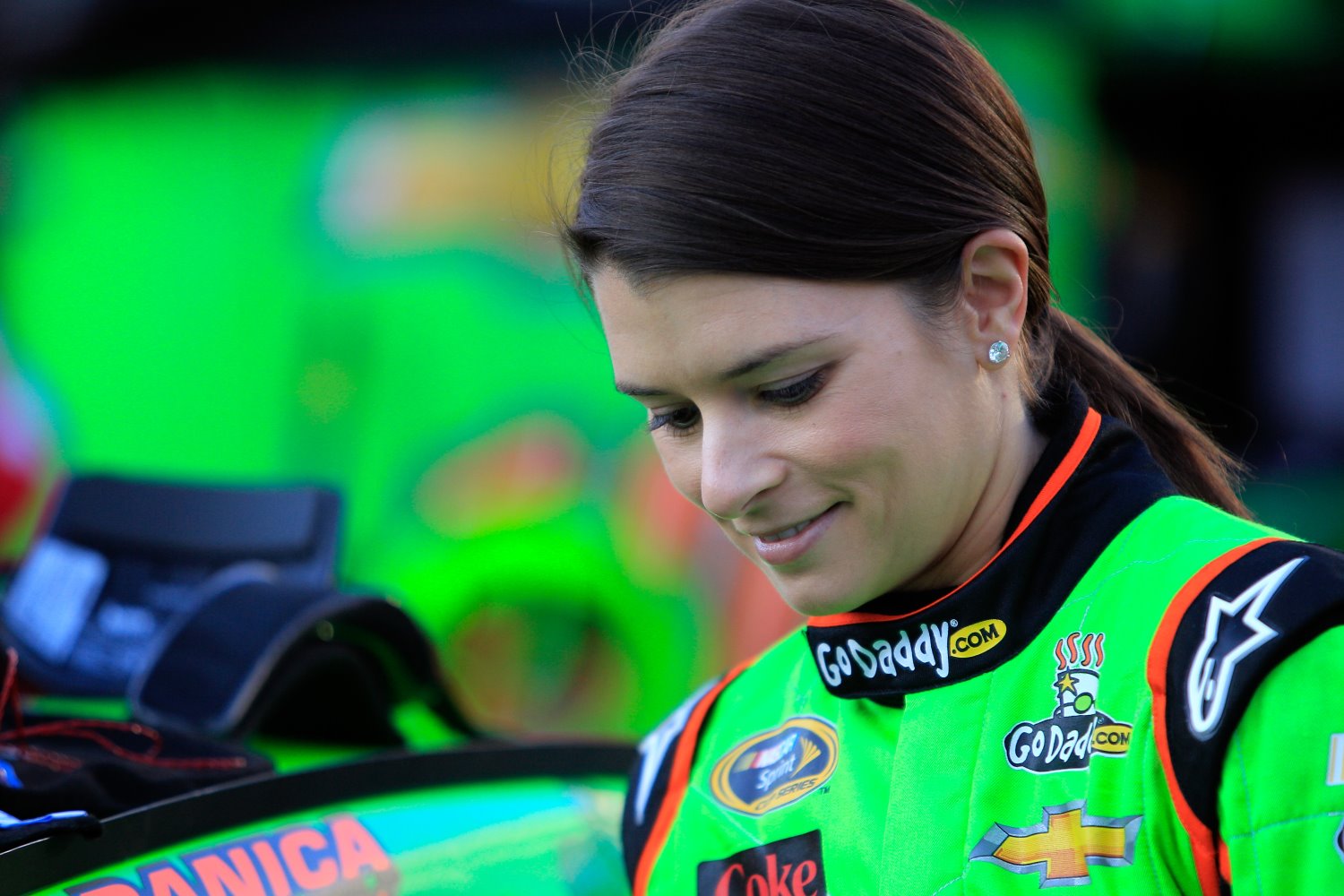 UPDATE A reader writes, Dear AR1.com, Danica will do well again at Talladega, because it is a low skill, flat out and hold on track like Daytona……Tim DeCesaro

Danica Patrick didn’t want to fight a loose racecar at Bristol Motor Speedway after spending the previous two races thinking she was going to spin out.

But the Sprint Cup Series rookie found it to be just as difficult to race with a tight car—which wouldn’t turn well—at Bristol. Patrick finished five laps down in 28th in the Food City 500, her third consecutive disappointing finish.

Patrick, who finished eighth in the season-opening Daytona 500, had been running on the lead lap when she was wrecked at Bristol last summer with just 66 laps remaining, so she had higher hopes in her Stewart-Haas Racing car.

“We’ve been really loose the last couple of races so we wanted to make sure we were tight," Patrick said. “So we decided that was our accomplishment today was to aim to be tight, and we were.

“So we probably didn’t need to and, in fact, we probably kind of knew we were overcompensating. But we just never really got it completely freed up like we needed to. It was better later in the race but by then the damage is done."

The former IndyCar driver started the season as the first woman ever to win a pole for a Sprint Cup race and her eighth-place finish at Daytona was the best finish for a female driver in that event.

But since then, she has crashed at Phoenix to finish 39th and then was six laps down in 33rd at Las Vegas.

Improving two spots to 28th in the Cup standings, Patrick heads next week to Auto Club Speedway in Fontana, Calif.

“I’ve never been there in a Cup car at Fontana, so (I’ll) just get up to speed, be smart and there are a lot of things that I have to work on at this point in time," she said.

“So for us, the most important thing is to find a decent balance to start off the race so that we don’t drop back." Sporting News