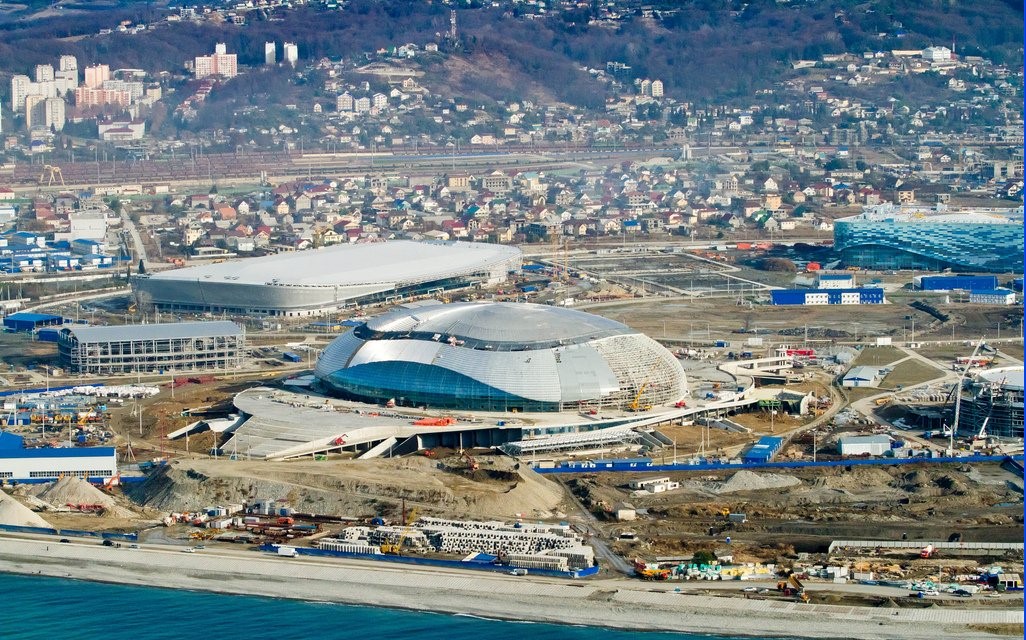 F1’s Eastern expansion, which started only a decade ago, includes plans for new races in Russia, Thailand and maybe even a second Malaysian Grand Prix. Sochi, which is located on the banks of the Black Sea, will not only host the Winter Olympics in ’14, but also the country’s first F1 race.

After a recent visit to Sochi, F1 CEO Bernie Ecclestone told SBD Global, “Everything is good. I went down there and met with [Russian President Vladimir] Putin, and we went through the whole thing. Now everything is on track and it’s good. I’m very impressed with what they are doing." The racetrack is expected to include public roads in its layout and will be located right next to the newly constructed Olympic Park.

In addition to Russia, Thailand is also in F1’s sights. The country’s sports authority recently confirmed that Bangkok will host an F1 Grand Prix in ’15. However, it still has to decide on a potential race site and is still lining up approvals from several government agencies. Singapore billionaire Peter Lim also created headlines late last year when he announced plans to build a circuit in south Malaysia.

ASIAN ADVENTURE: Since the mid-‘70s, the racing series had one or two Asian races on its calendar. All those races took place in Japan. Starting in ’99, F1 added another Asian race, the Malaysian Grand Prix in Sepang, and continued to add races in subsequent years: Bahrain and China in ’04, Singapore in ’08, Abu Dhabi in ’09, South Korea in ’10 and India in ’11. While F1’s push into Asia is understandable due the continent’s growing economic muscle and populations, the rush to plant its flag on Asian soil might have left race organizers struggling to survive. Attendance numbers have been below expectations in South Korea, China and India. Bahrain has struggled with political turmoil. The South Korean race lost $36.3M in ’12, and more than $140M in its first three editions, according to race organizers. Ecclestone was unconcerned with the problems, saying, “No, not really because we know the reasons. When we made the contract with Korea, they were going to build a massive city. Where the race is, there was going to be a big marina, hotels and casinos, but it didn’t happen. And it is a little bit out of the way. Eventually it’s going to happen." Even “successful" races like the Singapore Grand Prix operate at break-even costs. Singapore Minister S. Iswaran told SBD Global: “From an economic perspective, the F1 Singapore Grand Prix has attracted more than 150,000 international visitors over the last four years, and about $140 million-$150 million in incremental tourism receipts each year. For the extended term, we expect benefits to remain at least at this level." But he said in September, “The cost of organizing each race has been about $150M, with government co-funding 60% of the approved costs," and the organizers re-negotiated their contract with F1 in ’12.

A SPOT ON THE GRID: Because of the potential financial upside of hosting an F1 race, countries are willing to overlook risks in order to land one of the coveted spots. Circuit of the Americas President Steve Sexton, who successfully landed the U.S.GP last year, said, “The competition for landing a Formula One event is significant and intense. There are a considerable number of parties who want to host a Grand Prix." For new players on the global economic scene like China and India, hosting a race has become a status symbol even if it does not come with big financial rewards. Jaypee Sports Int’l CEO & Managing Dir Sameer Gaur told SBD Global, “India is a huge auto market and there is also a lot of fan following for motorsport in the country. The first two editions of F1 were pretty successful considering no other sport other than cricket has been able to make an impact or drawn crowds in such large numbers." Jaypee Sports Int’l owns the Buddh Int’l Circuit, which hosts the Indian GP. The first Indian race attracted approximately 95,000 spectators whereas the second running had 65,000 spectators. Gaur called the attendance “pretty decent numbers," and said, "Motorsport has a very bright future in India. People are certainly hooked to F1. They keenly follow the F1 season, and that is pretty clear from the wide coverage that F1 races get in Indian media." SportsBusinessDaily.com