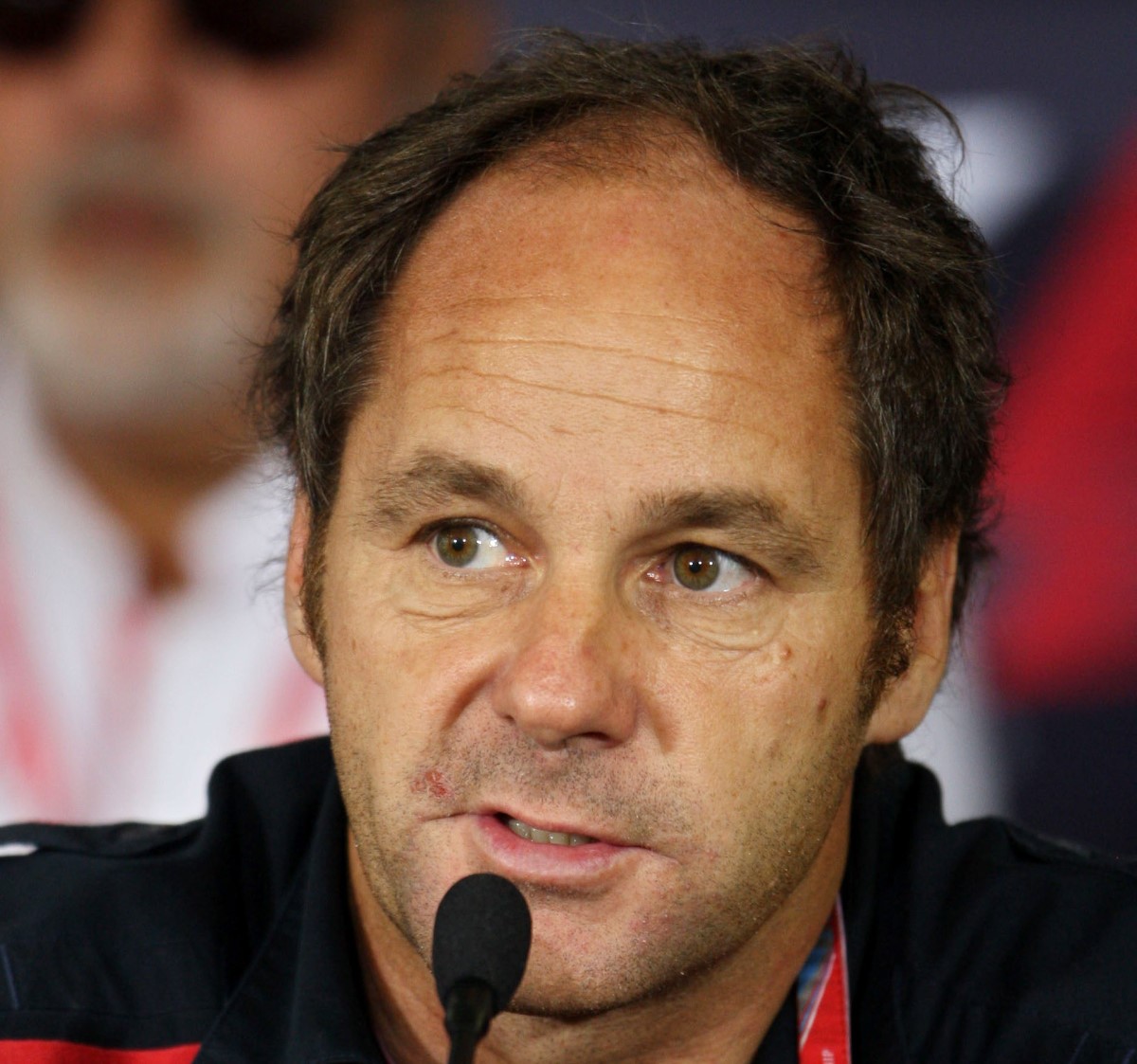 "Probably they want to improve the show by providing for one more pitstop (per driver).

"But it cannot be that, having invested millions in the wind tunnels and the engines and the drivers, you go to the track and can't use the tire," said Berger, referring to the recently-concluded winter test season in chilly Spain.

"It's an unfortunate situation," he added, acknowledging that the situation could be different at the actual races.

He also acknowledged that tires have always been a major talking point in F1, but there was often a tire war, or as Berger described it, a "real game".

"Now that there is one tire, it cannot be that it (the tire factor) governs the entire field," he insisted.

"It would be good," he told Blick newspaper, "if we had tires that did not need to be analyzed for days and days."

Ferrari must give Alonso good enough car – Berger
(GMM) After a low-profile winter for Fernando Alonso, some experts think 2013 is Ferrari's very last chance to give the Spaniard a truly top car.

"I believe his motivation will run out if he does not get the right material very soon," former driver Gerhard Berger is quoted by the Tiroler Tageszeitung newspaper.

"I don't see it that way," Montezemolo insisted.

"But I understood his fears in the first test, when he didn't want to talk because he had to understand the possibilities of the F138.

"I hear from him almost every day. He is calm and confident," he added.

"He first wants to race, to really see where the (2013) Ferrari is. That's why from the outside he may appear tense, apprehensive," the Italian said.

"He is pleased with the outcome of the tests but as always you don't know where the others are exactly.

"Fernando is hoping that the gap to Red Bull has reduced. If he can start on par with the others, he will surely win the world championship."

Win or not, Montezemolo is sure Alonso "will respect" his contract, which is set to run to the end of 2015.

There have been reports the reigning world champions had a difficult final test with the new RB9, struggling with the latest upgrades and finding a good setup.

"He said the tests have been fruitful and that the machine is very good," he told Italy's La Gazzetta dello Sport.

That is the claim of former team driver Michael Schumacher, referring to the removal of Norbert Haug and the installation of new co-owners and chiefs Niki Lauda and Toto Wolff.

The Brackley based team had a very strong end to the recent pre-season period, but Schumacher said: "I see it more to do with the background.

"(To do) with the engineers, the infrastructure of the team itself. And I think these steps were taken some time ago," added the great German.

"I do not think those two (Lauda and Wolff) have been able to have any influence on the performance of the car," he told APA news agency.

"Why? Because this (2013) car predates their time. But we must not underestimate the impact of fresh wind."

Another pundit, the 1996 world champion Damon Hill, thinks Mercedes' boosted form is due to the team spending more time than usual last year designing the 2013 car.

"I think Ross Brawn had decided 'Listen, this year is a write-off'," he told the Sun.

"By the looks of things they'd been focusing on 2013 (last year) and pretty much shelved 2012. They'd looked worse than they are," added Hill.

Experts doubt Vettel to make Ferrari switch
(GMM) A trio of experts do not believe Sebastian Vettel will switch to Ferrari any time soon.

One of them is the reigning world champion's own boss, Red Bull magnate Dietrich Mateschitz.

"Right now it's not a problem," the Austrian billionaire told Salzburger Nachrichten newspaper.

For now, Mateschitz has Vettel under contract, but he acknowledged that the lure of Ferrari might one day become too strong.

"If he doesn't want to be with us anymore, it would be absurd to try to keep him because of a contract," he admitted.

"I have to say that, if I was a driver, my wish would be to drive for Ferrari."

Former F1 driver Gerhard Berger agrees that Vettel should be in no current mind to switch from Red Bull.

"One of Vettel's qualities is his brain," the former McLaren and Ferrari driver told APA news agency.

"As long as Red Bull gives him the conditions he has now, it would be crazy if he thinks about something else.

"It is a hundred times better to be world champion five times with Red Bull than never with Ferrari."

"Seb could stay at Red Bull his whole career," he told Bild newspaper. "He's happy there, they build him a top car every time.

"I would be shocked if he left," added Ecclestone.

Many were surprised when Hamilton decided to leave established top team McLaren for 2013 and beyond, but it now emerges that Paddy Lowe is set to follow suit.

"I told Mercedes, 'If you get Lewis, you'll get all the right kind of people for the future'," Ecclestone said in an interview with Bild newspaper.

"They'll now get people who believe they are working on a winning team," he added.

The downside, for McLaren, is having lost two of the most highly-rated figures – 2008 world champion Hamilton and technical boss Lowe – in the paddock.

"McLaren is not as strong now," agreed Gerhard Berger, in a pre-season interview with Tiroler Tageszeitung newspaper.

"Sergio Perez is not going to put Jenson Button under the same kind of pressure (as Hamilton did)," said the former McLaren driver.

The F1 chief executive said he has been searching for a female driver for his sport "for years".

But American Patrick, who has moved from open wheel Indycars to Nascar, has said she has little interest.

"She has everything a driver needs for F1," Ecclestone told Bild newspaper.

"How old is she?" he asked the reporter.

"At 30," Ecclestone continued once learning the answer, "I can understand why she doesn't want to get into formula one. In the US she is already a superstar."

Meanwhile, the 82-year-old Briton – who has not travelled to Australia for the 2013 season opener – said he hopes Michael Schumacher makes another return to F1, this time to run a team.

"He is and remains a racer," Ecclestone said. "He wants to win.

Finally, after Ayrton Senna and Niki Lauda were recently featured in major films, Ecclestone said he has no interest in being the subject of the next one.

"There were movie deals (proposed), but I don't want that," he insisted.

"I don't have the time to waste on something like that."

2013 grid youngest in F1 history – report
(GMM) This year's F1 grid is the very youngest in the history of the sport.

That is the finding of Spain's AS sports newspaper, having calculated the average age of the drivers on the Melbourne grid this weekend at just over 27 years.

The statistic has been boosted for 2013 by the retirement of 44-year-old Michael Schumacher, making 36-year-old Australian Mark Webber now the oldest driver in F1.

Also helping is the arrival of youngsters including Esteban Gutierrez, Max Chilton (both 21) Valtteri Bottas and Jules Bianchi (both 22).

If drivers are within one second of the car ahead at the detection point just before Turn 14, they will be able to use DRS along the pit straight and between Turns 3 and 4.

The DRS regulations have been tweaked for the 2013 campaign, with its use now restricted to a dedicated area throughout Grand Prix weekends. In 2012, drivers were permitted to use the system freely during all practice and qualifying sessions.