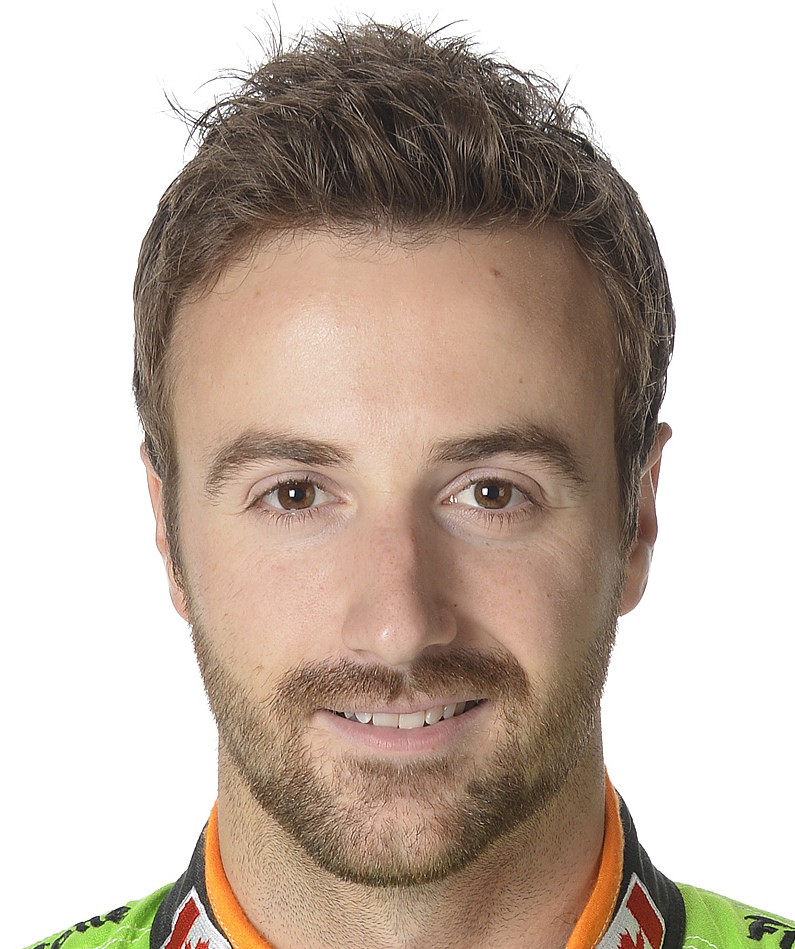 JAMES HINCHCLIFFE, NO. 27 GODADDY.COM ANDRETTI AUTOSPORT CHEVROLET, met with members of the media at Barber Motorsports Park and discussed the new tracks that were added to this year’s schedule, the important of being with the same team and other topics. FULL TRANSCRIPT:

WHAT IS YOUR PERSONAL OPINION ON SOME OF THE NEW TRACKS THAT HAVE BEEN ADDED TO THE SCHEDULE FOR THIS SEASON?
“I’m very excited about some of the new tracks especially Pocono because it’s just so different. It’s such a unique track. Indy cars haven’t been there in a long time so it will be a new thing for everybody. A bit of an even playing ground, I think it’s going to be very good for our cars. I think the racing has got a lot of potential. Houston is new to this calendar, but some of us have driven it before in its previous life as a Champ Car track. That will be interesting to see how that one turns out. It was a little bit rough the last time we were there, so hopefully they have made some improvements. Certainly, Pocono I think is the new event on the calendar that everybody is really excited about."

YOU HAVE SOME CONTINUITY THIS YEAR BEING WITH THE SAME TEAM FOR ANOTHER YEAR HOW DO YOU THINK THAT IS TO HELP YOU?
“I think if you ask any driver continuity is a huge asset. It’s a huge thing to move forward and progress as a driver and as a team. For me it’s coming back to the same team for the second year for the first time in my career. It’s the first time I’ve been able to do that. The kind of unfortunate thing is in January my race engineer left and that is sort the most important relationship on the team is the driver’s relationship with his engineer. The good news is the guy that we got was my engineer from the previous season and a very accomplished guy in that respect as well. I’m glad that we don’t have to go through the whole getting to know you, first day phase and we can sort of just get on with our jobs. The only down side is that because he wasn’t there last year I can’t say ‘oh well remember last year in Detroit when we did this.’ There is still going to be a little bit of learning and it’s still not 100 percent ideal because we are going to have a little bit of a communication gap to begin with, but the relationship is there and I’ve got a lot of faith in Craig (Hampson) so hopefully we can have some success."

WHERE DO YOU SEE HAVING AS MANY TEAMMATES AS YOU DO LOOKING AT YOUR DATA WHAT ARE YOU SPECIFICALLY WHERE DO YOU THINK YOU CAN IMPROVE YOUR SKILLS?
“I’m going to have to get better at reading data faster because there is going to be so much to go through this season with four cars. I think that we are still learning this car in a lot of respects and the more information you can get the better. For me one of the big areas that I felt like I could improve last year was in Q-3. We made it to the fast six quite a few times with the exception of here and Barber it was sort of a fourth, fifth, sixth-place effort. We really struggled to sort of get on the front row there. It was a little bit team wide, but I think Ryan (Hunter-Reay) had a little bit more success than I did. We have been trying to figure out over the off season what we are doing wrong in Q-3 cycling on a set of tires. Then on the street circuits in general Ryan (Hunter-Reay) is the king. He is very good at certain elements of corner entry and this car suits his style very well. I have had to look at that a little bit. Marco (Andretti) teaches us a lot at speedway. That kid just has such a feel there it is unbelievable. So there are always areas to improve. I’m anxious to see what EJ (Viso) has got, the data that he comes back with, what his driving style is. Ryan (Hunter-Reay) and I have a very similar style. We could really rely on each other on set-up. It will be interesting to see where EJ fits into that whole mix as well. I think information wise the more you have the better."

WHAT HAPPENED TO YOU LAST YEAR? STARTED SO GOOD THEN KIND OF TAILED OFF.
“It’s no secret that six, eight races in whatever it was we were in the top five and I didn’t think genuine title contender, but certainly in a position to be in the top four, top five in the championship. What happened at the end of the season I think was twofold. One was the competition got a lot tighter. As everybody figured out the cars a bit more those gaps got a lot smaller and some guys that maybe were outside the top-10 guys at the beginning were inside the top-10 guys by half-way then top-five guys by the end of the season. Then the other thing is I hate to say it but we made some mistakes. I made a mistake in Iowa we made some strategy calls that put us in bad positions. I think Baltimore Ryan (Hunter-Reay) and I restarted one-two on one restart and then a caution came out. He opted to pit, we were on a different strategy, he goes on to win the race we got caught in a mess back in the back of the field and had a bunch of problems. I think that a lot of the races that my teammates did well we were right there. Either I made a mistake or we made a mistake on the box or we made a mistake in the pits. I think Detroit and Toronto were the only two that were just sort of bad luck. We had failures and a track issue. I think all the elements are there and the pieces are there. The team is obviously very capable and I think if we can just hit all our points on any given Sunday we will be as competitive as anybody."

DOES THE LACK OF TESTING THIS WINTER ARE WE JUST STARTING FROM WHERE WE WERE AT THE END OF LAST YEAR OR HAS A LOT BEEN LEARNED OFF THE RACE TRACK?
“The problem with such a long off season and very little time to test is it gives engineers like six months to sit in a box and come up with crazy ideas. Then you only have like three days to try and get through all these things that they have dreamed up. I think what you are going to see is last year everybody had so much testing we all arrived to St. Pete, we knew what our cars were going to be like. The rust had been blown off if you will. We were all almost basically race fit. There were very few silly accidents. There were very few start and restart problems. I don’t think we are going to see that this year. I think we are going to get to St. Pete everyone is going to be so anxious to finally be back in the car you are going to see guys making more mistakes in practice, hitting the wall in practice and more mistakes in the races because we just haven’t been in the car. It’s like telling a quarter back ‘hey you’ve got to practice with your team for three days before the start of the season.’ It’s crazy. It actually makes ours the hardest profession sport to be in because you cannot practice your craft. You are not allowed to practice your craft. That is a very difficult situation. I just think that this year with so many fewer miles in the off season we are going to run into more problems in the first two races."