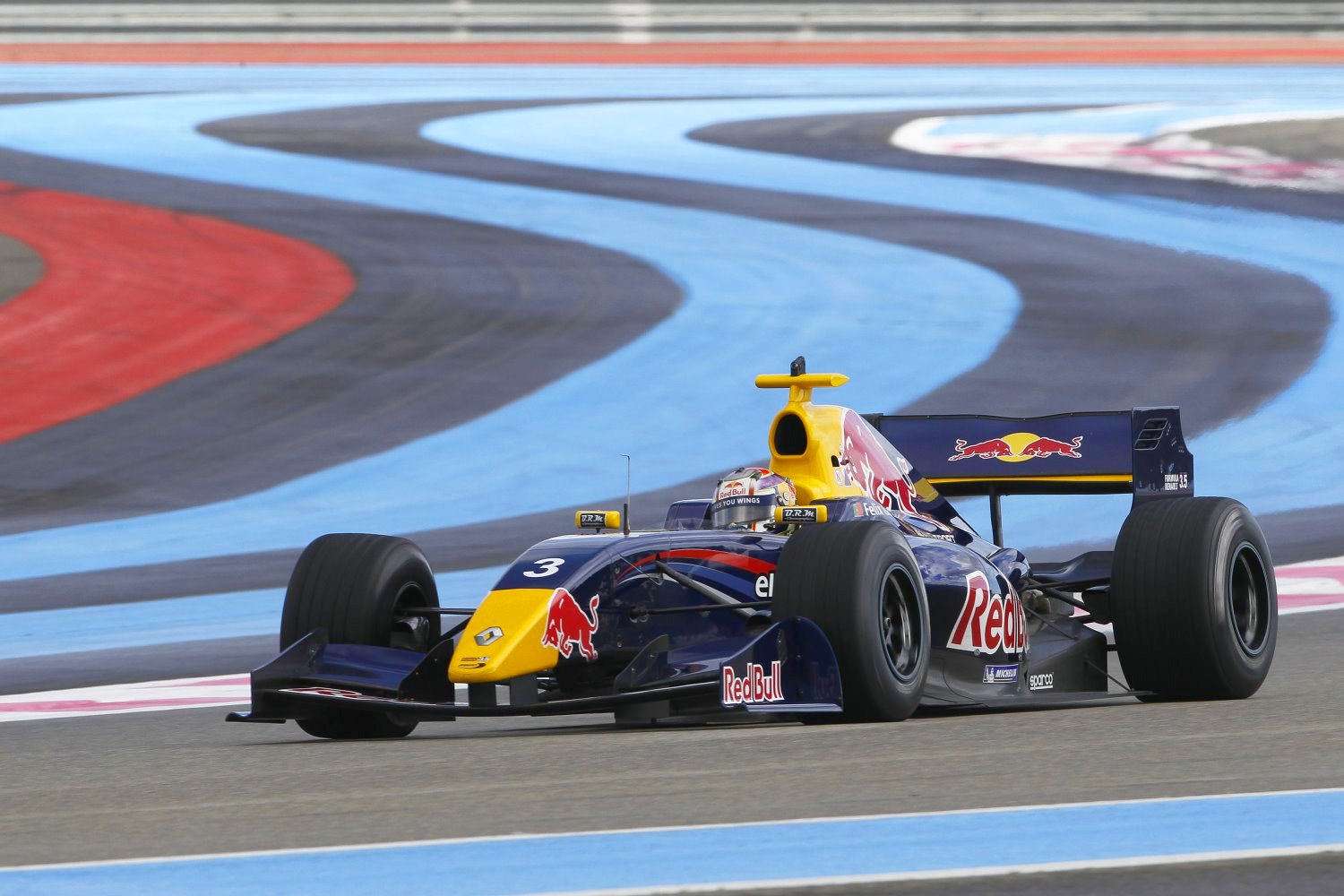 Antonio Felix da Costa ended this weekend’s collective testing at Paul Ricard on a high, dominating the final day of the two-day get-together by posting the fastest times in both the wet and the dry. Focusing mainly on his race set-up, Da Costa’s main rival Stoffel Vandoorne (Fortec Motorsports) finished the day second on the timesheets, while Kevin Magnussen (Dams), Marco Sorensen (Lotus) and Arthur Pic (AV Formula) all picked up their pace behind the pre-season’s leading duo.

On this the second day of collective testing at the Circuit Paul Ricard, the 13 teams on the Formula Renault 3.5 Series grid followed the same program as they did on Friday, concentrating on two main areas: race performance and fine-tuning the handling of their cars. And that was not the only similarity with yesterday, as damp conditions prevailed in the morning before the skies cleared in the afternoon.

A wet track forced the teams to change their plans as the day began, prompting them to work on their race-start and pit-stop procedures instead of comparing set-ups. “The track was changing from one lap to the next and there was no way we could analyze what we were doing with any kind of precision," said Carlin. “We could see that times were improving but we had no way of knowing if that was down to what we were doing or to the changing track conditions."

In a repeat of Friday morning, slicks were the preferred option as the end of the first session neared, though the cool track temperatures prevented the Michelin tires from warming up sufficiently. As far as the timesheets were concerned, Stoffel Vandoorne, Antonio Felix da Costa, Will Stevens (P1 Motorsport), Marco Sorensen (Lotus), Nico Muller and Andre Negrao (International Draco Racing) were all within half a second of each other going into the break.

Tire temperatures rose and times dropped as the sun made a welcome appearance after lunch. Arthur Pic (AV Formula), Sam Bird (ISR) and Marco Sorensen were the first to show, trading fastest laps with each other. The afternoon session was mainly about race preparation, however, as most of the drivers stayed out for long runs. The last half hour of the day was devoted to qualifying simulations using two sets of new tires, with Antonio Felix da Costa emerging from the pack to record the fastest time of the weekend, ahead of Stoffel Vandoorne and Arthur Pic.

Kevin Magnussen: “We were fast in the wet and the dry, which is very satisfying, though we can’t stop there. We tested a few different set-ups. Some were good, others not so good. We were looking for performance in the afternoon and worked on our starts and pit stops, and there’s room for improvement in every area."

Will Stevens: “It’s shaping up to be a really good year for me. I feel very much at ease in the team and I feel confident inside the car too. We’ve got plenty of pace, and now that we’ve laid some good foundations we can really push on. I was a few hundredths off Antonio and Kevin yesterday in the same conditions, and today we prepared for the races by going through some race-pace and endurance tests, which were very promising."

Arthur Pic: “I didn’t do much driving yesterday or this morning, so I didn’t really have a benchmark when I went out this afternoon. As my times showed, I was having a lot of fun. We were on a minimum program this week and got down to the basics, while leaving a few other jobs for the Barcelona tests. The team has only just been set up and I need to build up the best possible understanding with my engineer. That said, everything’s in place and we all feel we can do even better yet. It’s all very encouraging."