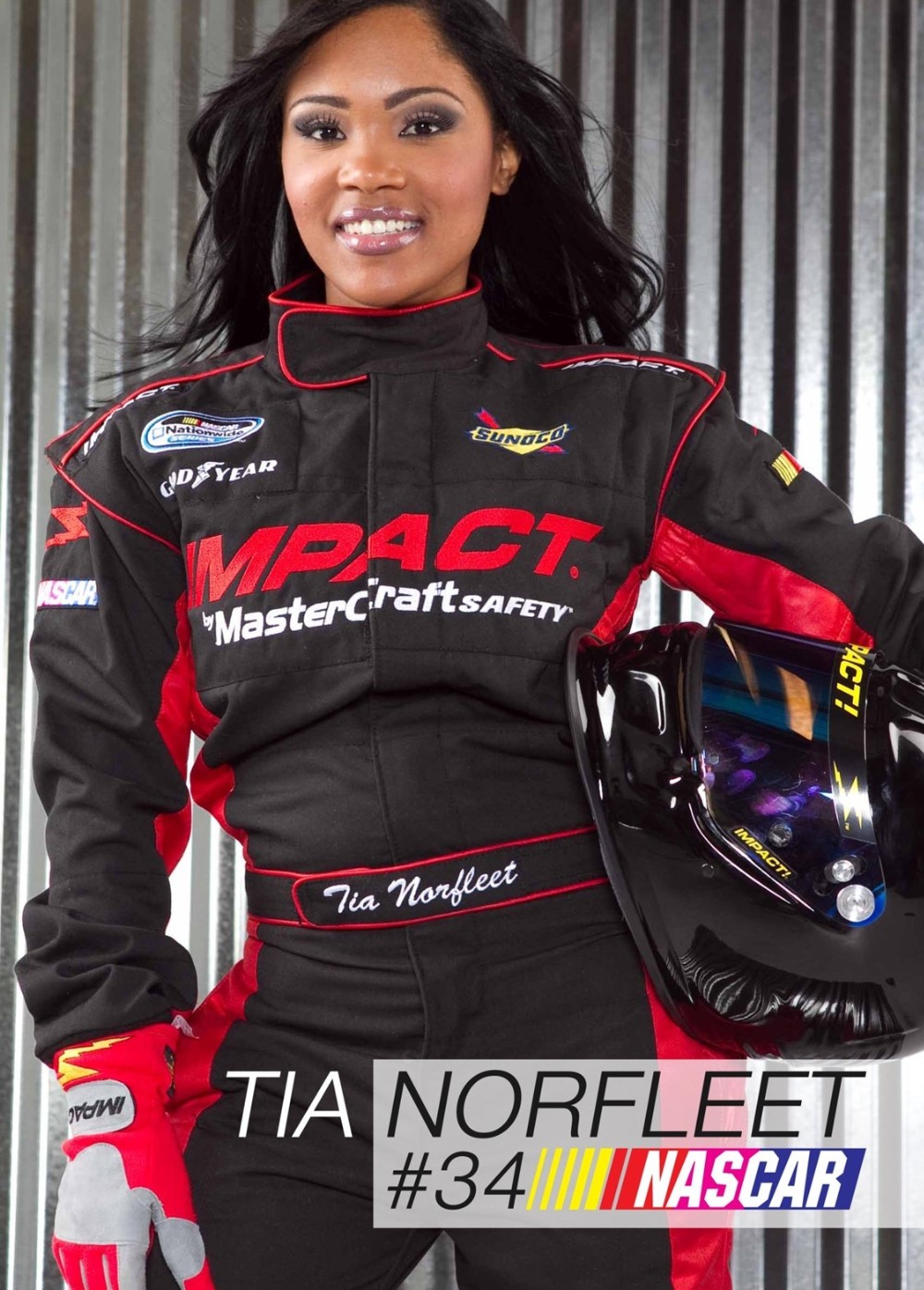 NASCAR which has long struggled to develop minority and female participants, seemed to have a barrier-breaking athlete in its ranks in recent years: Tia Norfleet, a 20-something driver from Georgia. With a savvy marketing campaign, Norfleet garnered attention in several national publications while promoting her accomplishments as the first African-American woman to race in Nascar.

In speaking engagements with students and in news media interviews, Norfleet has for several years portrayed herself as an accomplished driver in the sport. She has sought sponsorships and has a PayPal account on her Web site, which includes articles and videos about her achievements.

Her Web site, Tianorfleet34.com, indicates that she intends to compete in a full schedule this season in NASCAR’s Nationwide Series, one rung below the top-tier Sprint Cup series.

But Norfleet is not licensed to compete at that level. In fact, the only sanctioned race that Norfleet has entered, according to the sport’s officials, was a low-level event last year at the Motor Mile Speedway in Radford, Va., where she completed one lap before driving onto pit road and parking her racecar.

The discrepancy between Norfleet’s auto racing accomplishments and her public comments, as well as apparent legal issues revealed in court documents, have drawn objections from racing officials.

“I am uncomfortable with Tia representing herself in the way that she has," said Marcus Jadotte, NASCAR’s vice president for public affairs and multicultural development.

For the past four years, Norfleet has purchased a license to race at the lowest level of stock-car racing. There is no vetting process for such a license; individual racetracks must approve drivers for competition.

Meanwhile, publications and Web sites like The Washington Post, The Huffington Post and ESPN have heralded her ascent. “Ms. Norfleet is one of thousands of individuals who have purchased licenses in the Late Model Division of our sport," Jadotte said in an e-mail. “I am uncomfortable with attempts Ms. Norfleet and her representatives have made to forgo the sport’s development process." More at NY Times