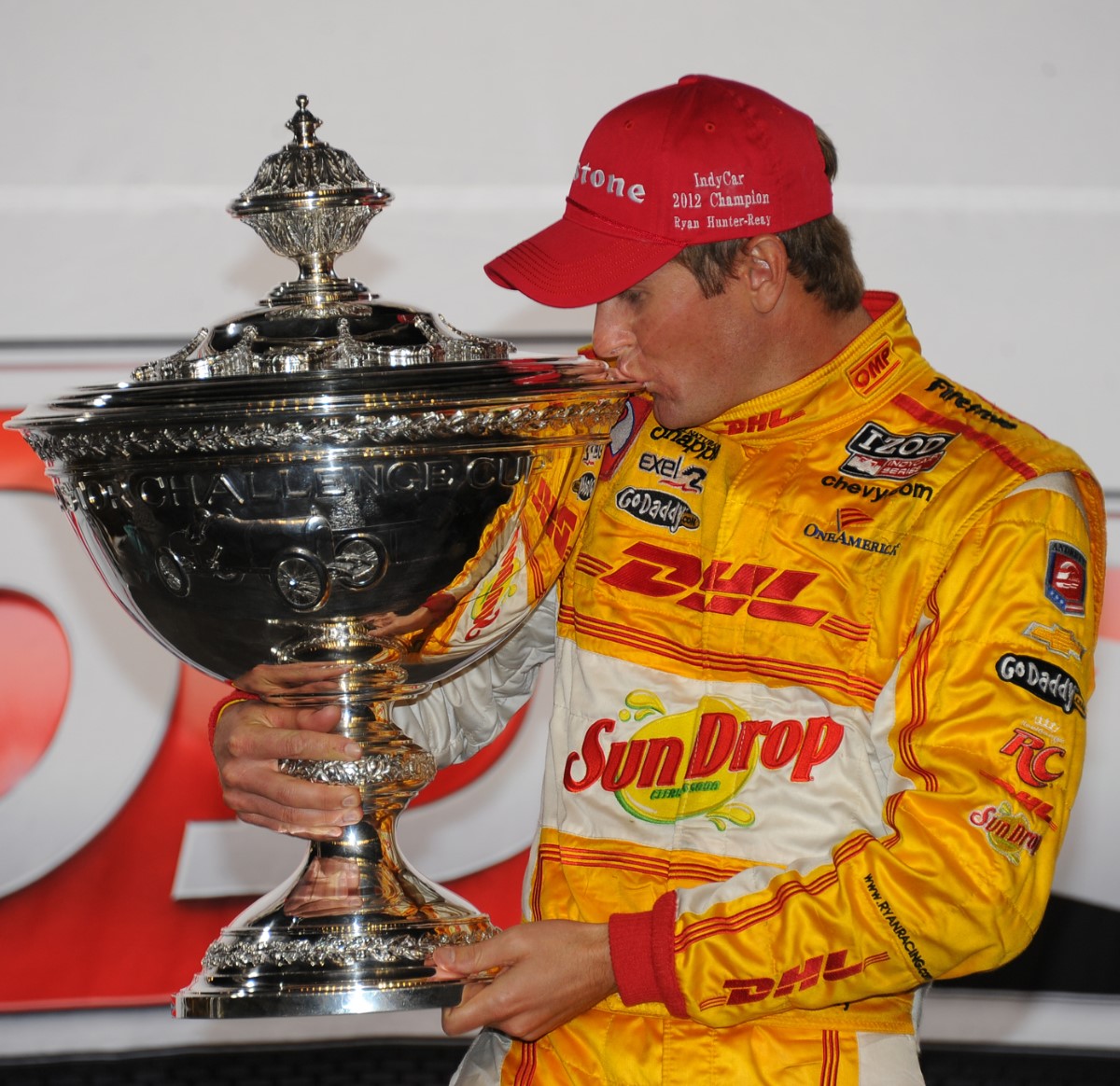 Reigning IZOD IndyCar Series champion Ryan Hunter-Reay on March 6 was named RACER of the Year and Road Racer of the Year as selected by readers of RACER magazine and Racer.com.

The RACER of the Year Awards presented by Hawk Performance is open to racers from a cross-section of motorsports series around the world.

Hunter-Reay is the fourth Indy car driver, the first IZOD IndyCar Series champion and first American-born Indy car champion, to win the award in its 18-year history. Others were Jacques Villeneuve (1995 and '96) Juan Montoya (1999) and Paul Tracy in 2003.

Hunter-Reay, driving the new Chevrolet-powered car for Andretti Autosport in 2012, recorded a field-high four victories and earned his first series title by finishing fourth in the drama-filled season finale at Auto Club Speedway. He edged Will Power of Team Penske by a scant three points over the 15 races on the most diverse set of racetracks in motorsports.

"I'm honored to have been chosen as the 2012 overall RACER of the Year as well as the Road Racer of the Year," said Hunter-Reay, who opens the season in the No. 1 Team DHL/Sun Drop Citrus Soda car March 24 at the Honda Grand Prix of St. Petersburg. "A sincere thank you to fans who took the time to vote.

"For consideration of this honor, my name was placed among distinguished drivers I feel privileged to be associated with, let alone to be the driver chosen. As the first Indy car driver selected since 2003, I'm proud to be able to represent IndyCar, Andretti Autosport and our partners DHL, Sun Drop and Chevrolet.

"While 2012 was a hard-fought season, it was also a dream season in so many ways and it certainly would not have been possible without the unwavering support I've received from our team, sponsors, my family and, of course, the fans. Thank you for pushing me to limits I deemed unattainable, that's what being a racer is all about."

Hunter-Reay beat out NHRA Pro Stock star Erica Enders, Top Fuel champ Antron Brown and Formula One aces Fernando Alonso and Sebastian Vettel for the RACER of the Year title. In Road Racer of the Year voting, he finished ahead of two previous winners of the category, Power and three-time and reigning F1 champion Vettel.

"It's fantastic to see that readers of RACER magazine and Racer.com appreciate just what Ryan achieved last year, with victories on both ovals and street courses," RACER editor David Malsher said. "The IZOD IndyCar Series has given us some dramatic closing rounds in recent years, and the final two races of 2012 neatly summed up Ryan's strengths: brilliant, daring driving in less than ideal track conditions at Baltimore, and keeping his head while driving an imperfect car at Fontana.

"As the champion, Ryan will be a credit to his team, his sponsors and INDYCAR, like he always has been. But by being voted RACER of the Year presented by Hawk Performance, he's also proven able to capture the hearts and minds of the readers. We're pleased but not surprised by this; it's well-deserved."