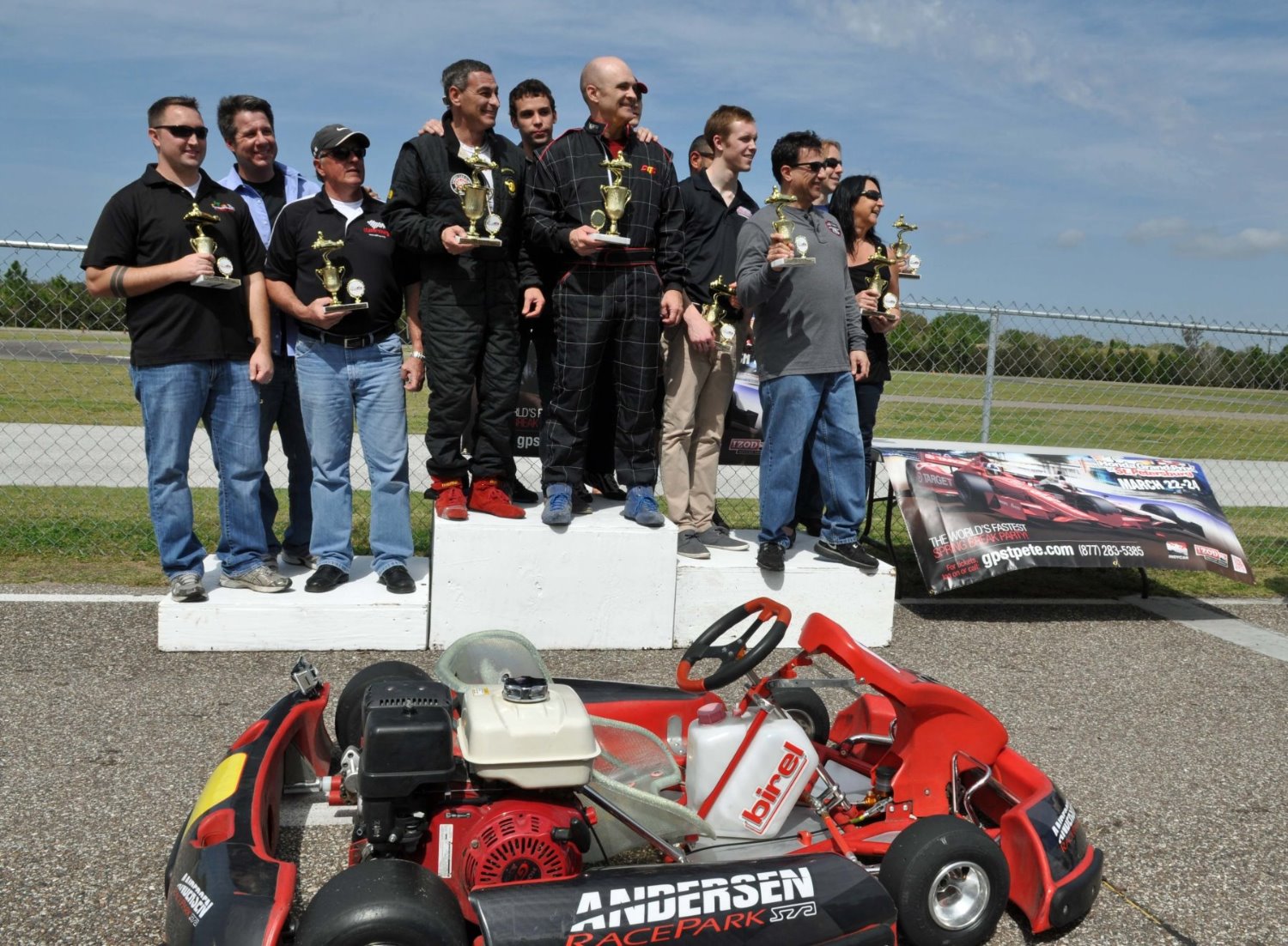 UPDATE #2 Here is a video our Scott Morris put together of the go-kart race. Watch as the AR1.com team comes from the back, takes the lead and then proceeds to pull away for a dominating win.

It was capped by a go-kart race in which teams from media outlets were assigned a professional or semi-pro driver. The AutoRacing1.com team was paired with Alex Tagliani.

AR1.com plays to win – note our drivers wore driving suits, racing shoes and came with their own helmets. Are there any media outlets out there who think they can beat us next year? Stop hiding behind your keyboard and show us what you're made of!

02/27/13 This just in – The AutoRacing1.com team has won its second straight St. Petersburg GP karting event for media members teamed with a professional driver. For the second straight year our four man team lapped the field. More details to follow.