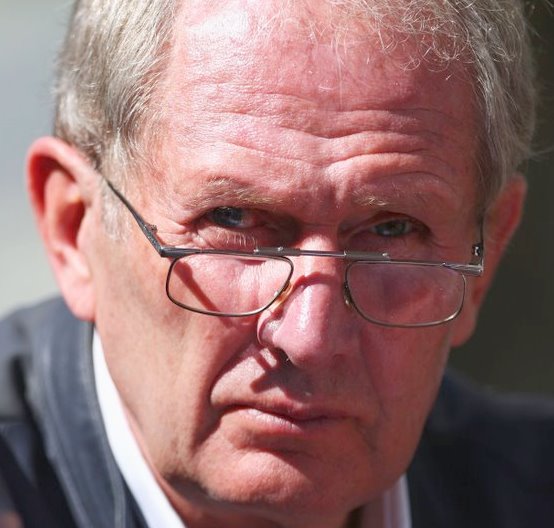 It emerged recently that, following the engine mapping clampdown of 2012, engine supplier Renault and works team Red Bull assumed they could revert to different engine maps for the new season.

The story, culminating in the FIA banning Renault's 2013 maps, coincided with an apparent struggle with the RB9 last week in Barcelona, when Sebastian Vettel admitted he was having trouble setting the car up.

Marko denies it has anything to do with engine maps.

"With the old settings, the car worked beautifully last year," he said. "The topic has been exaggerated (in the media)."

"Because the exhaust systems have improved (since 2012), we also tried some new engine settings. This is quite normal for testing.

"Actually, the changes barely made a difference," he insisted.

Marko said the setup problems with the RB9 encountered recently are not a big deal.

"It is not nearly as serious as (early) last year," he insisted. "(It's) no great cause for concern."

Nevertheless, Germany's Auto Motor und Sport reports that Renault is now pushing for its intended 2013 engine maps to be allowed, on the grounds of reliability.

This would require the agreement of the FIA, and also the unlikely cooperation of engine rivals Mercedes, Ferrari and Cosworth.

Last year's red car was not initially competitive, but the F138 is "meeting all our expectations", the Italian declared.

"In the last two years that wasn't the case, but so far the tests have gone as we've hoped," Montezemolo, at the Geneva motor show, is quoted by La Gazzetta dello Sport.

De Villota to work for Spain's F1 TV coverage
(GMM) Maria de Villota has been signed up as an expert pundit for Spanish television Antena 3's coverage of the 2013 formula one season.

The Spaniard lost an eye in a near-fatal testing crash whilst serving as a Marussia test driver last year, but has made a good recovery.

"Last week they gave me permission to return to driving," said the 32-year-old.

"The distances I can already calculate quite well and it feels like nothing ever happened."

Ferrari reserve driver Pedro de la Rosa will also be a commentator for the 2013 coverage.

It had been reported engineers belonging to the Japanese marque, having withdrawn its works team from the sport in 2008, might now already be working at Woking.

The reports said Honda could possibly be ready with a turbo V6 next year, but that a new one-year deal between McLaren and Mercedes for 2014 is the most likely option before a change of tack in 2015.

Mercedes' Toto Wolff told the BBC: "We are looking for a long term engine supplier relationship with McLaren-Mercedes."

In fact, McLaren and Mercedes already have a contract beyond 2013.

Asked about the burgeoning Honda rumors, team boss Whitmarsh told Britain's Sky: "What I can tell you is we have a contract with a long standing partner, Mercedes-Benz, for 2013, 2014 and 2015."

However, it is possible that contract – where McLaren has only 'customer' status – could be superseded by the Woking based team agreeing a 'works' deal.

Whitmarsh added: "There's a lot of speculation and I've heard Porsche, Hyundai, Honda, all those sorts of names.

"I hope for formula one that these manufacturers come back — we need them in the sport.

"In the longer term, who knows what's going to happen."

"Long live democracy!" Maldonado, who was a personal friend of the late Chavez, had exclaimed on Twitter.

But in the last years and weeks, 58-year-old Chavez has been battling cancer, and his death has now triggered a presidential election that must be held within 30 days.

"I join in the deep pain of all Venezuelans."

Just hours before confirming the death, vice president Nicolas Maduro accused the United States of a plot to kill Chavez.

A US government spokesman in Washington said the claim is "absurd".

F1 figures call for Melbourne night race
(GMM) Leading formula one figures have called on organizers of the Australian grand prix to consider switching to a Singapore-style night race format.

Keen to install a better television time for the bulk European audience, F1 chief executive Bernie Ecclestone has been pushing the idea for years, but the state government has always ruled it out.

In fact, the Albert Park event is already highly controversial within Victoria, with opponents baulking at the cost to taxpayers and even the government refusing to commit to a new contract beyond the existing 2015 deal.

Ecclestone said recently: "We hope we're going to be in Melbourne forever, although we do get a bit of criticism and I don't know why."

Suddenly, a trio of what the local Herald Sun newspaper described as F1 'heavyweights' are proposing a floodlit night-race format for the grand prix.

"I'd like to see things vary because every year is the same," he said.

And Red Bull team boss Christian Horner was also quoted as saying: "A night race in Melbourne, when you consider where the viewing figures are, could be interesting."

JCC began their successful relationship with the Marussia F1 Team last year at the start of the 2012 FIA Formula One World Championship season. As part of the refurbishment of the Marussia Technical Centre in Banbury, JCC provided its latest LED modular lighting, Skytile, to light key technical areas including the model shop, inspection and hydraulics and a number of the administrative offices.

The new multi-year partnership will see JCC continuing to upgrade lighting at the Marussia Technical Centre to highly efficient LEDs. JCC will also supply their high output FGLED7 downlights for the team’s on-track pit gantry. Cool white LEDs are particularly useful for lighting working areas where detail and accuracy are essential, which is why FGLED7 was such a popular choice.

JCC Lighting is the market leader in fire-rated downlighters for domestic and commercial applications and has been launching innovative lighting products for over twenty years. JCC has an advanced technology centre at its main UK base and believes in creating innovative, energy saving, easy to install lighting products – focusing on bringing high quality LED solutions to market.

Andy Webb, CEO, Marussia F1 Team
“It is always satisfying to be able to confirm the renewal of an existing Team Partner and we are pleased to have done that twice already this year. JCC is our third extension of 2013 and this is once again the product of a successful relationship between both parties. JCC have been a very active partner and we look forward to developing new ideas for promoting their products on the global stage that Formula 1 affords."

Jonathan Parry, Chief Operating Officer, JCC Lighting
“We are very excited about the multi-year partnership and the opportunity it gives us to take the JCC brand to a truly global audience. The relationship with Marussia F1 Team has allowed us to showcase our latest LED lighting products in the high precision working environment that the team in Banbury demand. We have also now been able to extend that same level of quality lighting to the pit lane with the new gantry LED lighting utilising our market leading Fireguard LED7 downlight."