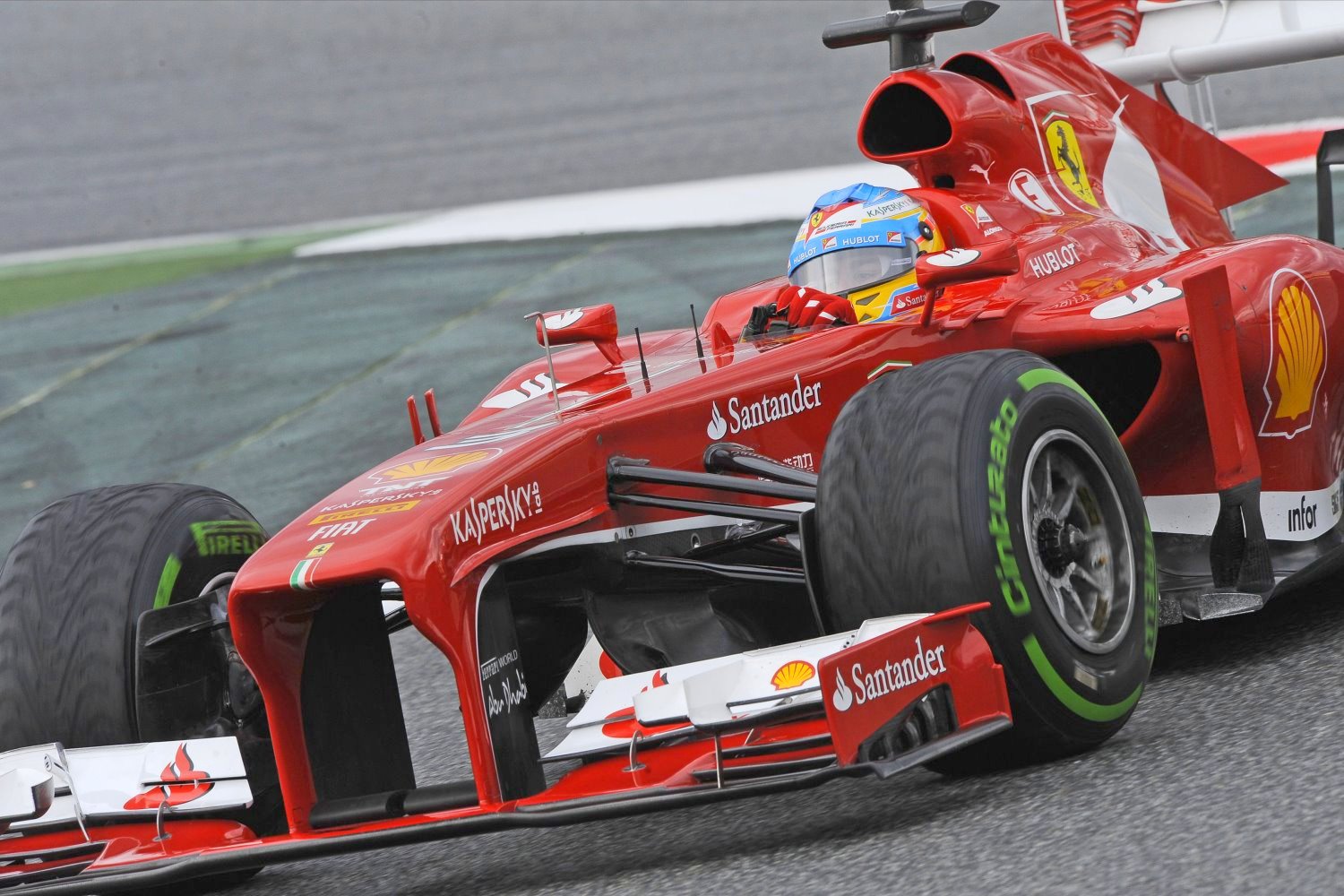 Scuderia Ferrari is continuing its preparation for the season in Barcelona, where yesterday, Fernando Alonso got through another busy day of testing. The F138 seems to be moving forward with every lap, clearly responding to any modifications made and eating up the kilometers, with a further 102 laps of the Catalunya Circuit added yesterday, equivalent to 475 to be precise. The rain certainly didn’t help, but it was not enough to stop the men in red, as they worked through a program focused on important aero checks and some vital reliability testing, all aimed at getting a better understanding of the car prior to the now rapidly approaching first Grand Prix.

When testing had finished for the day, Fernando said the work they had done made him optimistic. “We managed to complete all the work we’d planned to do, despite the bad weather: over the course of the morning we made the most of the fact the track conditions were changing all the time to evaluate the intermediate tires, both new and used and in the wet and on a partially drying track. In the afternoon, we did a long run test to check the reliability of some components, fitting slicks for two stints and then going back to intermediates for the last one. By the end, we’d learned ten times more than in pretty much any other normal sort of day."

As to how much the F138 was progressing, Fernando seemed in a positive frame of mind, while applying the usual caution relating to the unknowns of testing, which don’t allow for an accurate comparison between the various cars. “The wet track meant we were unable to make a direct comparison to last week," said the Spaniard. “I had to take unusual lines to avoid parts of the track that were very slippery and anyway, we were not chasing performance, we were looking for confirmation of the data we had acquired. From this point of view, I think the team is pleased, because the results we saw today matched our expectations. Some new parts we introduced, on the bodywork for example, are clear to see, others less so, but they are all important and I feel optimistic and confident, because the car responds the way I had expected. If I think back to last year, my state of mind was very different: we knew we were two seconds off the pace, we were all pessimistic and worried, because we felt it would be difficult to get into Q3 in Australia and that turned out to be the case. This year however, we are working on closing a gap of between 7 and 8 tenths, which is where we were at the final round in Brazil last year and I think we are on the right road to being closer to the quickest, which will be our aim in Melbourne.

“I still don’t have a clear idea of the general order of competitiveness," continued Fernando. “For me, this is just testing and you can’t tell how the others are doing. Sometimes you find yourself overtaking a car in a couple of corners and sometimes you see yourself passed and the car ahead going away from you quickly, because they are on a completely different program. All of this makes it difficult to analyze testing, this year even more so than last. It’s normal and logical that one wants to make comparisons, but for me it’s like watching football training: you can’t believe that a reserve Real Madrid forward can be a contender against Barcelona just because he scores a goal in a kick-about."