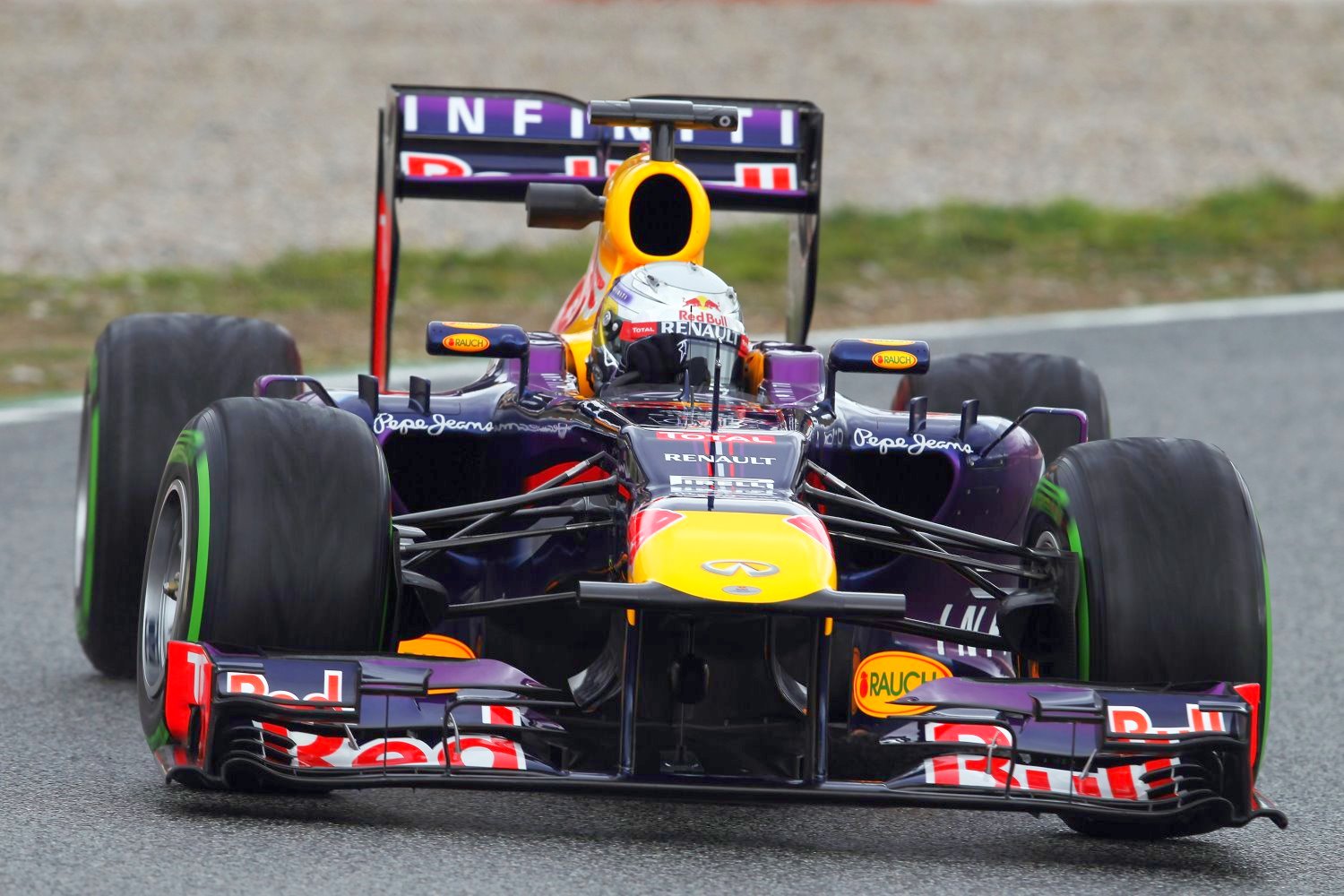 With just two days of testing remaining before opening practice in Melbourne, reigning world champions Sebastian Vettel and Red Bull are still giving little away about their prospects for 2013. Here’s what Vettel had to say to Formula1.com after a wet day’s work in Barcelona on Friday…

Q: Sebastian, what can you say about your day today?
Sebastian Vettel: Ha, not much, really. I didn’t do that many laps! The weather wasn’t good. It’s a shame that it’s so cold and the tires aren’t really working properly. I think that was an issue for all of us – we all struggled to make the tires last for more than one lap. That makes it impossible to compare what you are testing with what others do.

Q: Where would you say Red Bull are right now?
SV: Well, it’s not that we believe that we will go to Melbourne and blitz everybody. Fact is that we don’t know where we are. We certainly do have a rough idea – and that leaves us with a quite good feeling. We are happy with the balance and the way the car behaves – and that is a very positive signal – but whether that is enough or not we do not know at this stage, so I would say that there is still work to do. In fairness we have conditions here in Barcelona that we will definitely not see in Melbourne and there is always the chance that somebody deals with the Melbourne conditions better than the rest.

Q: Any major worries?
SV: No, not really. We had bits and pieces here and there with the reliability, but nothing really to worry about. We’ve learned a bit again today and hopefully we can learn a bit more in the next two days to be ready for Melbourne.

Q: You had some new parts on the car today – people were talking about passive DRS. Do you think it will be useful in Melbourne?
SV: We have to wait and see. It is all pretty early stages – and today was definitely not the best day to test anything as the tires are not lasting that long – and with the conditions like we had today – cross winds and so on – it is not easy to read any data.

Q: But would the car of today make you happy in Melbourne?
SV: I guess so – I just hope that the tires last longer there then they did here as it would be very funny for all of us seeing our tires starting the graining after one lap. No, I think this was just because of the cold conditions we’ve been facing so far in testing. Overall I would say that right now we have a better starting point than we had last year – and that doesn’t sound too bad, does it? (laughs)

Q: There are some who again see you as the favorite. Is that appreciated?
SV: Ah, I thank everybody for their high opinions. Let’s hope they are right! To be honest I had very little time to look at how others are doing, so I am impressed by how much we’ve been under scrutiny from others. I think Melbourne will show the trend – but I doubt that we will be able to establish any real pecking order based on one or two races. Last year we also had to learn that it takes much longer these days to know who is hot and who is not.

Q: But you must have some idea of ‘who is hot and who is not’ based on 10 test days…
SV: Well, would it surprise you if I say the usual suspects? What I also believe is that the midfield is closing the gap even further to the top. What does that mean? That the usual suspects will have to work harder – and for the fans that we will again see an exciting season!

Q: What about the name for your 2013 car? Do you know what you will christen her yet?
SV: No, we will sit down in the week before Melbourne to discuss how ‘she’ should be called…

Q: Does that mean your car will never be a ‘he’?
SV: Impossible!