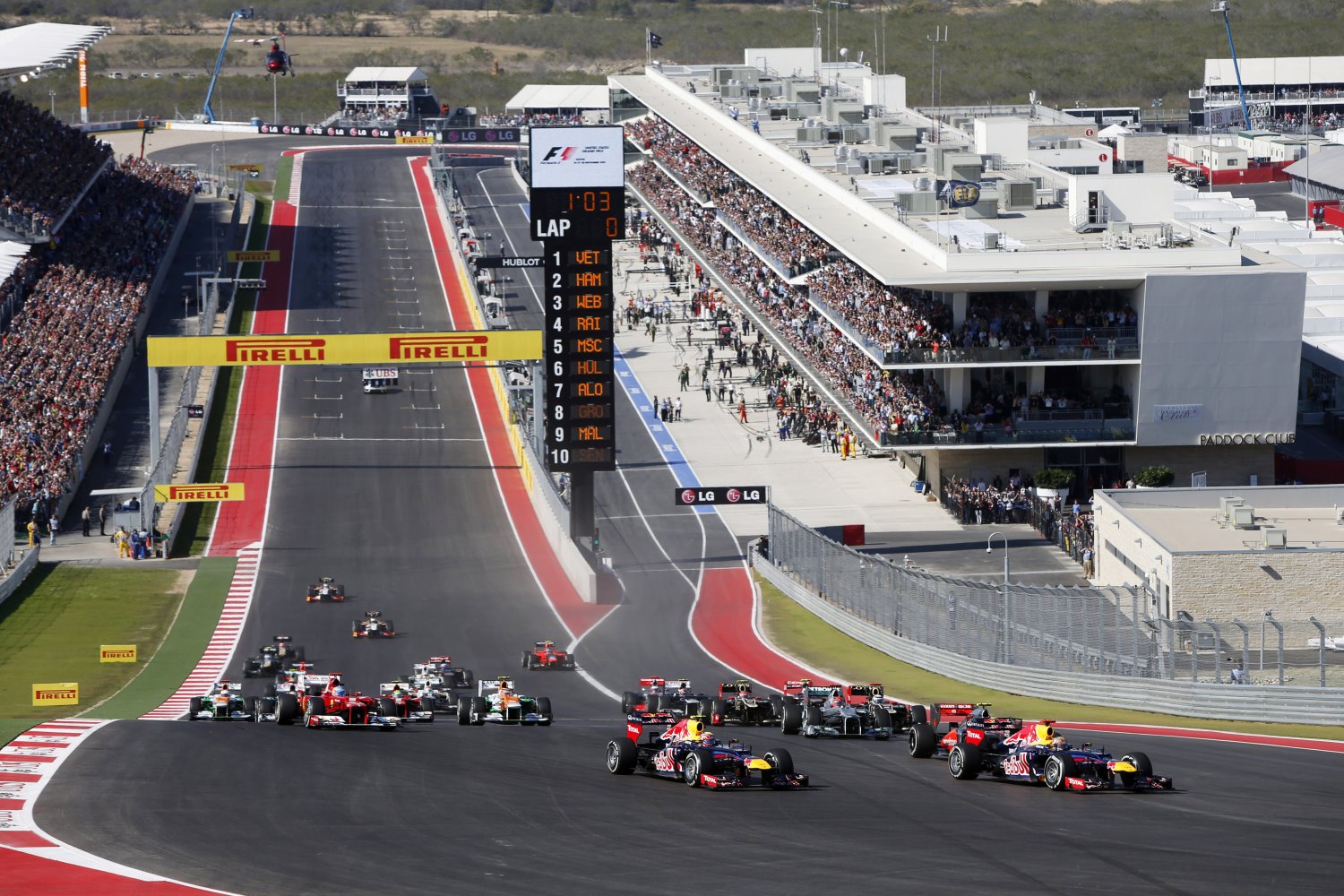 Some came by private jet, wielding American Express black cards. Many others came for the plentiful rooms, reasonable rates, the cultural amenities and close proximity.

Altogether, thousands of Formula One racing fans crowded into San Antonio last month for the inaugural United States Grand Prix at the Circuit of the Americas in Austin.

From Wednesday, Nov. 14 through the grand prix race on Sunday, Nov. 18, room revenue at San Antonio hotels surged. Compared to the same period a year ago, revenue was up more than 40 percent — $5 million — to about $16.5 million total.

“This is probably the first time in the history of our city that it has benefited from an event that it had nothing to do with," said George Mery, who operates limousine and charter services in both San Antonio and Austin. “This is the first time this has ever happened."

According to STR, an American company that tracks hotel supply and demand, San Antonio hotels registered a consistent boost during the five-day period ending on race day. On Wednesday, bookings were up 17 percent year over year; Thursday bookings were up 30 percent; Friday and Saturday, 22 percent; and 20 percent on Sunday.

Hotel room rates also were higher — up 17 percent to 22 percent over the same period a year ago. Neil Goldman is founder and CEO of Hotels for Hope, the hotel booking partner for the Circuit of the Americas. Goldman said the rate for Austin hotels used by his group averaged $393.69 while that of the San Antonio hotels was less than half of that, $184.20.

Donald Wearden, a tourism planner for the Shops at La Cantera and North Star Mall on the north side of San Antonio, said Formula One-related shoppers provided an early and profitable start to Black Friday. Some upscale shops reported making their November sales target before Black Friday.

Wearden said there were international travelers from Germany, France, Italy, England, Argentina and Canada. But most of the international customers came in large groups from Mexico, especially from Guadalajara, which is about 300 miles northwest of Mexico City.

The attraction for those fans was Guadalajara’s Sergio Perez of the Sauber race team. Perez is Mexico’s first Formula One driver in decades.

According to San Antonio officials from the city’s airport department, commercial flights from Mexico added an additional 1,100 seats during race week through either additional flights or larger planes. Private flights also increased. Custom officials said on Friday, Nov. 16, 83 private planes arrived in San Antonio from outside the U.S. and there were 229 such flights that week.

Many of those flights came from Mexico, airport officials said.

Mery said San Antonio visitors who saved on hotels also enjoyed relatively quick trips to the racetrack, which is southeast of Austin. Mery said the traffic jams that were predicted never materialized and trips from San Antonio to Austin ran about 90 minutes.

Marco Barros, president and CEO of the San Antonio Tourism Council, said he was on the Riverwalk that weekend and estimated about one-quarter of the people were wearing Formula One or other racing gear.

Casandra Matej, executive director for the San Antonio Convention and Visitors Bureau, said: “From hotels and restaurants we have heard there was a noticeable uptick in the level of items, food, beverage, etc. being selected. This is obviously an upscale, international, well-traveled audience, and the impact of their good tastes and expectations was felt here in San Antonio. Of course San Antonio is popular with Mexican nationals, and having a driver from Mexico helped us as well."

Next year Mexico will have two drivers, with Perez moving to the higher profile McLaren team while Esteban Gutierrez will have a ride with Sauber.

Mery said that, because race traffic was handled so smoothly this year, there’s no reason why Circuit of the Americas couldn’t accommodate more fans next year.