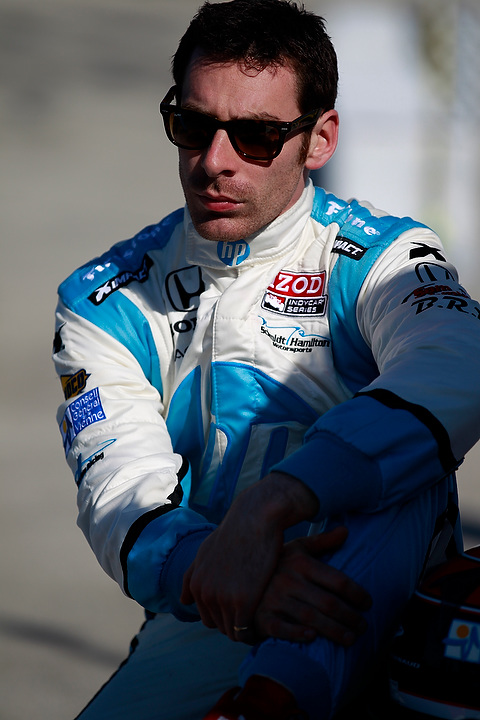 Last week’s IZOD IndyCar Series prize-giving ceremony saw Simon Pagenaud pick up his reward for completing the 2012 campaign as Best Rookie of the Year. In the course of the season, the Frenchman finished four times on the podium and twice came very close to winning outright. It was consequently an extremely positive year for Simon who was finally fifth in the overall standings, ahead of several established Indy names. He was also the best-placed European driver, an accomplishment which didn’t escape readers of the British weekly Autosport who, in a vote, ranked Simon as the third-best French driver of the year, behind nine-time World Rally Champion Sébastien Loeb and two-time Le Mans 24 Hours winner Benoit Treluyer, but ahead of Romain Grosjean, Yvan Muller and Jean-Eric Vergne.

Barely had 2012’s racing action come to a halt than Simon started to prepare for 2013 which, in his case, will kick off with the 24 Hours of Daytona (January 26-27). For his first attempt at the Floridian classic, he will drive the NÂ°42 BMW-Riley run by Team Sahlen – which will also be making its debut at Daytona – in the company of Wayne Nonnamaker and Dane Cameron. Although this will be Simon Pagenaud’s first experience of Daytona Prototypes, he does, of course, have a strong record in endurance racing, including an ALMS title in 2010, two victories at the 1,000km of Spa and one at the 6 Hours of Silverstone, not to mention second place at Le Mans in 2011. He sees Daytona as a particularly stimulating challenge before he turns his attention to another full season in the IZOD IndyCar Series with Schmidt Hamilton Motorsports.