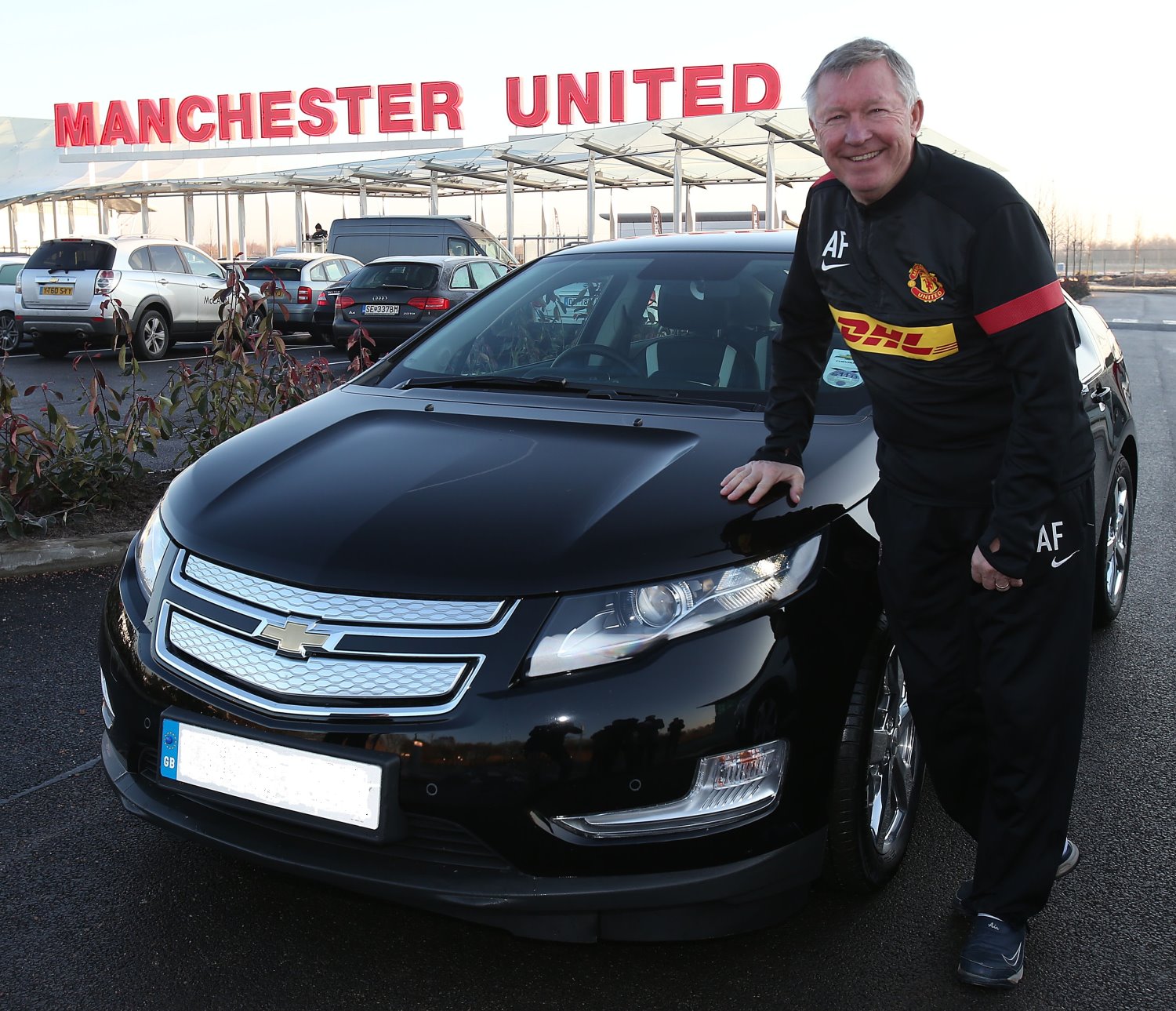 While Sir Alex Ferguson makes himself heard in press conferences, on the pitch and in the dressing room, he'll probably drive past you this Christmas and you won't even notice.

Sir Alex took possession of an extended range electric vehicle, the Chevrolet Volt, as part of the club's partnership agreement with the global car manufacturer. The Volt can travel up to 50 miles (80 kilometers) gas and emission free – and virtually silent – before the on-board generator kicks in to add a further 300 miles (500 km) of extended range.

Manchester United Manager Sir Alex Ferguson said: "I think the Volt is absolutely phenomenal. A friend of mine drove one in the States and kept going on and on about it, so when I had the opportunity I said 'yeah I'm going to try it because it's the car of the future, really'. I'm very pleased with it."

The Chevrolet Volt is available in Europe's largest automobile markets and won the prestigious European Car of the Year 2012, amongst many others. The Volt can drive up to 50 miles (80 kilometers) using a full charge of electricity stored in its 16.5 kWh lithium-ion battery. When the Volt's battery runs low, a gas-powered generator seamlessly operates to extend the driving range another 300 miles (500 kilometers) on a full tank.

Chevrolet is currently Manchester United's Official Automotive Partner and will become the club's shirt sponsor beginning with the 2014/2015 season. A number of players and other staff will also receive Chevrolets as part of the partnership agreement between the club and General Motors. These include former World Champion and Manchester United legend Sir Bobby Charlton, who received a seven-seater Chevrolet Captiva.