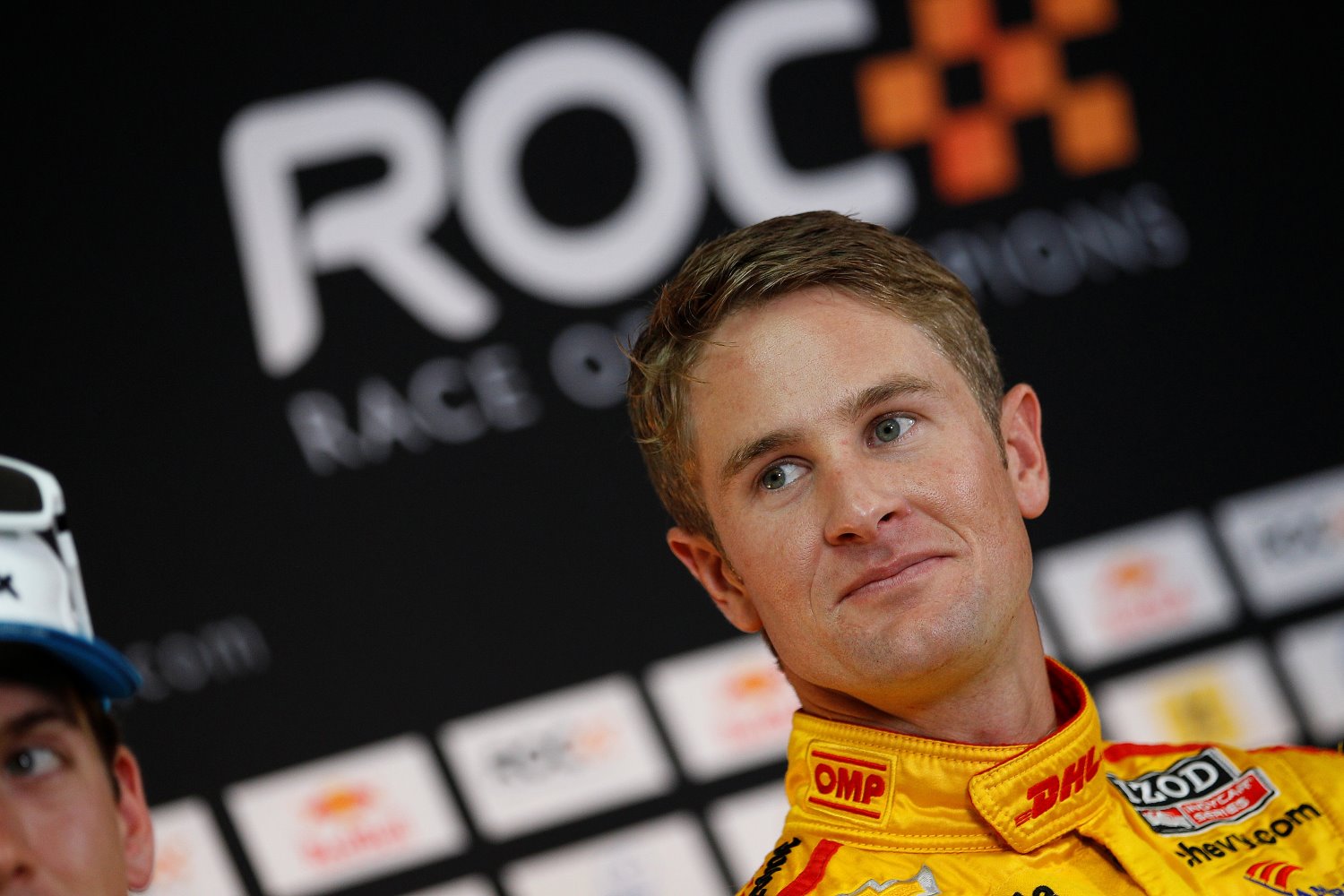 Ryan Hunter-Reay's postcard from the Race of Champions in Bangkok, Thailand: "Learned lots. Had a great time."

The reigning IZOD IndyCar Series champion participated over the weekend in the 25th event that brings together stars from multiple motorsports disciplines around the globe to compete in individual and team races in identical cars on an asphalt circuit with two parallel tracks and a crossover bridge inside Rajamangala Stadium.

Drivers were split into four groups of four, battling for the right to line up in the knockout stages, in the Race of Champions event. Hunter-Reay won a heat race over Kazuya Ohshima, Japan's qualifier from ROC Asia, but fell short in races against Formula One drivers Romain Grosjean and Michael Schumacher.

Grosjean, of France, went on to win the title of Champion of Champions by defeating Le Mans 24-Hour race legend Tom Kristensen in the best-of-three final. Schumacher advanced to the semifinals.

In the ROC Nations Cup, Hunter-Reay teamed with Benito Guerra Jr. of Mexico, FIA's Production World Rally Championship this season, on Team Americas. They won three heat races but did not advance out of the preliminaries. The German duo of Schumacher and Sebastian Vettel stormed to their sixth consecutive ROC Nations Cup title.

"(I) will be much better prepared if I can come back next year," said Hunter-Reay, who drives for Andretti Autosport. "Big thanks to everyone behind the scenes for putting on such a spectacular event."