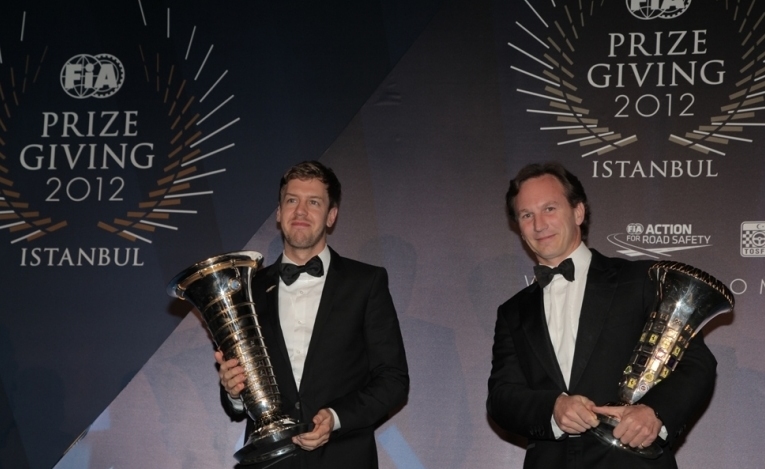 Red Bull driver Sebastian Vettel was officially presented with his third straight Formula One World Drivers' Championship trophy at the FIA Prize Giving Gala in Turkey on Friday evening, having sealed a third successive title with Red Bull in 2012.

"It’s a fantastic feeling to be here and to be able to take this trophy back home for another year. As I said last time, it isn’t something you want to give back," said Vettel. "Winning the title with Red Bull three times in a row makes us all feel very proud.

"This was a season with lots of ups and downs and the team had to push hard to get me over the line. In the garage and at the factory everyone did an incredible job, and the support we had from (engine supplier) Renault was also great."

Ex-Formula 1 driver David Coulthard hosted the event at Istanbul's Ciragan Palace, with the Scotsman being joined on stage by Turkish broadcaster Ece Vahapoglu.