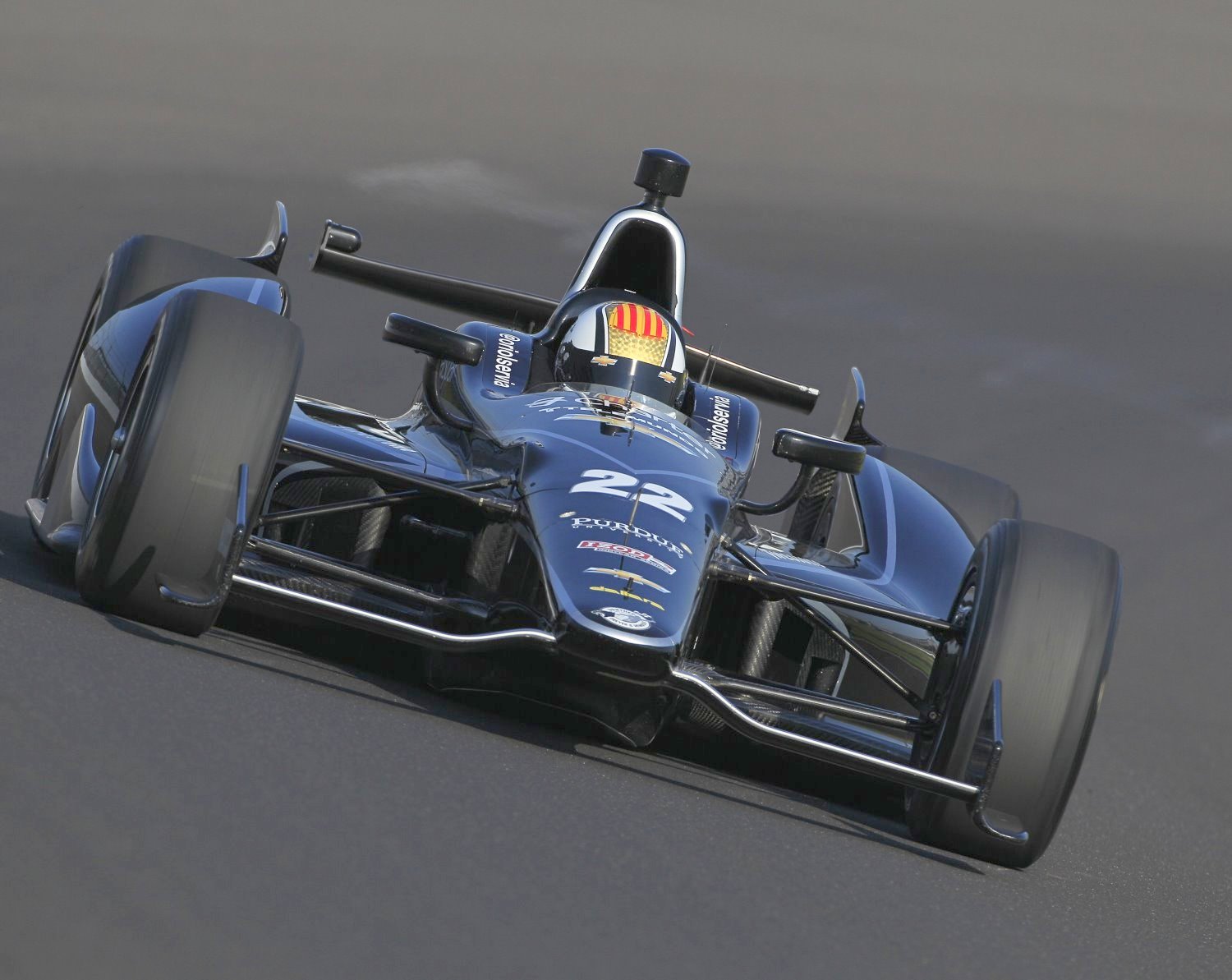 Panther DRR is excited to announce that veteran driver Oriol Servia will be returning to the team for the 2013 IZOD IndyCar Series season. Chevrolet will continue to power the Spaniard's no. 22 car in what will be Servia's second year with the Indianapolis-based team.

Panther DRR welcomes the consistency and is poised to build on the momentum created during 2012. After a switch to Chevrolet engines at the beginning of May, the team quickly showed what it was capable of with a fourth place finish in the Indianapolis 500. Servia followed up that performance by recording Top 5 finishes on the street courses of Detroit and Toronto and the short oval of Milwaukee, proving his versatility. Over the course of the season, Servia charged through the field to pass a record 107 cars.

The accomplished racer returns to Panther DRR with nearly 25 years of racing experience and a degree in mechanical engineering. Servia's highest career achievements include fourth place in the 2011 IZOD IndyCar Series point standings, a runner-up finish in the battle for the 2005 Champ Car World Series title, and the 1999 Indy Lights championship.

The strategic alliance between Panther DRR and Panther Racing will also continue, allowing Servia to work with the no. 4 team and driver JR Hildebrand. The partnership was formed in May and created a competitive advantage that provided more resources to each team's effort.

Servia and Panther DRR will return to the track for a test at Sebring International Raceway on December 12-13, 2012. For more information on the team, please visit www.dreyerreinboldracing.com

Oriol Servia, Driver, No. 22 Panther DRR: "I am very pleased to partner with DRR again in 2013. We had several great on-track performances this past season, including our 4th place finish at the Indianapolis 500, but we're not satisfied. Our goal is to win that race and contend week in and week out for wins and podiums at all races. Continuity is very important in our sport and now we'll be able to build upon our successes in a second year together. Off the track, I am extremely excited to continue with DRR as I have found some of the best people I have ever worked within this sport, including our team partners whose support make this all happen."

Dennis Reinbold, Co-Owner, Panther DRR: "As an organization, we have worked very hard to be in the position to hire a talented driver whom is an appropriate fit to the personality of our team both in and out of the car. We couldn't be happier to have the continuity of a second year with Oriol in the no. 22 car. We're also excited to see our ongoing increased investment in the technical and engineering areas of our team result in success within our off-season development program and on-track performance next year. "

Robbie Buhl, Co-Owner, Panther DRR: "Hiring Oriol Servia to drive the no. 22 was a no brainer. To be able to continue building on-track momentum and a strong working relationship between Oriol and our technical team was an opportunity we couldn't pass up. We believe Oriol gives us the best chance for us to win the Indianapolis 500 and compete for wins. I'd like to personally thank Oriol, Chevy, our team partners and entire organization for their commitment to our team."