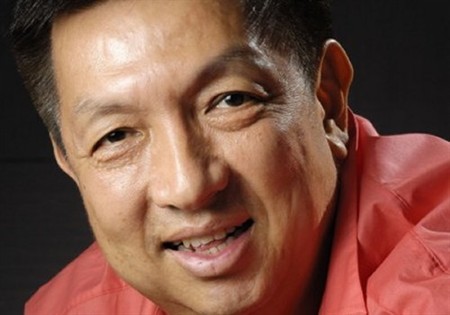 Singapore, which hosts F1 night races in the city’s downtown, agreed in September to continue the annual Grand Prix for another five years. Neighbor Malaysia has a permanent race track at Sepang outside Kuala Lumpur for its annual F1 race, which it opens up to amateur drivers during the rest of the year. That’s a four-hour drive from Singapore.

“The region is fast becoming a hub for motor sports," Lim said in the statement today. The Singaporean, who made his fortune through holdings in palm oil producers and a chain of Manchester United cafes in Asia, is also a shareholder of McLaren Automotive Ltd., the maker of vehicles for the most successful F1 team after Ferrari SpA.

The 4.5 kilometer (2.8 mile) Iskandar test track will be designed by an F1 track designer, according to the statement, which didn’t identify the person. A 1.5 kilometer race-certified go-kart track is also proposed, Lim and UEM Land said.

Singapore Link
The tracks would be a five-minute drive from Tuas Second Link, one of two border crossings between Malaysia and Singapore. Motorsports City will offer race-track driving lessons, storage for car collections and act as a spare-parts hub, according to Barry Kan, who will become FASTrack Autosports’ chief executive officer in January.

“Test driving a car will be ideal," said Kan in a separate e-mailed statement. “Drivers will be able to go from paddock to the race track, and push handling and acceleration to the limit."

Kuala Lumpur-based UEM Land is overseeing the development of Nusajaya, one of five zones in Iskandar. It is part of UEM Group Bhd., a unit of Malaysia’s state investment company Khazanah Nasional Bhd.

UEM Land fell 2.4 percent to 2.08 ringgit at the close in Kuala Lumpur. The stock has fallen 14 percent this year, compared with a 5 percent gain in the benchmark FTSE Bursa Malaysia KLCI Index.