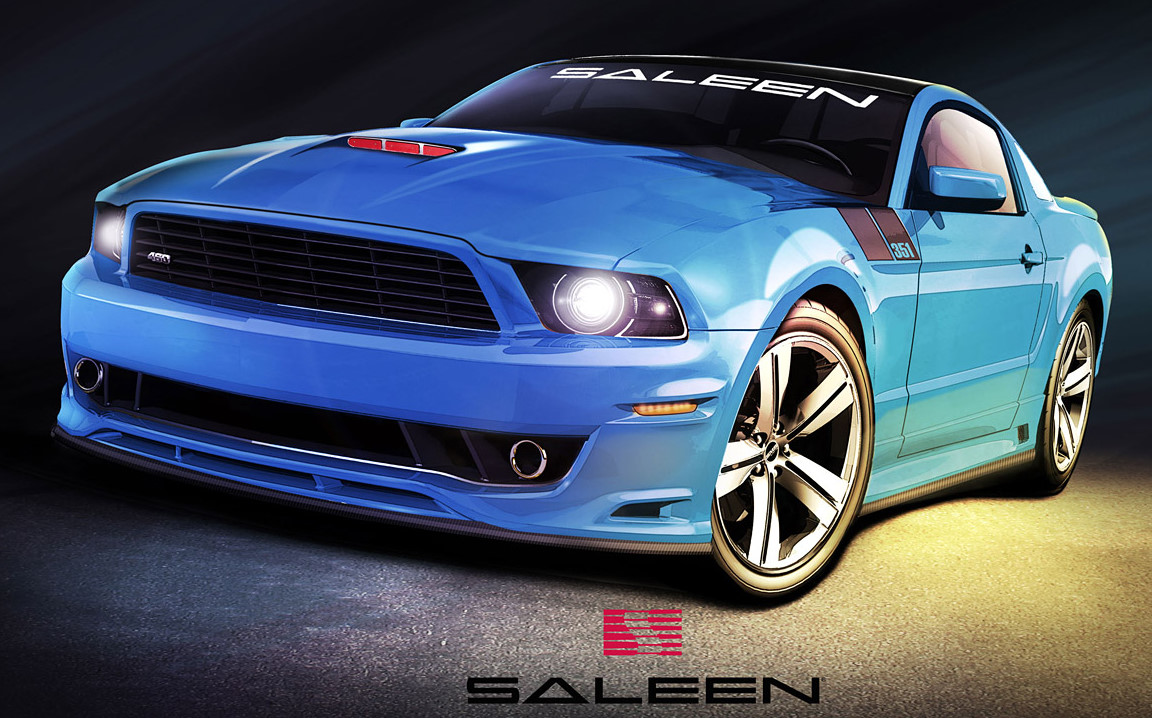 Hot on the heels of Steve Saleen regaining his namesake brand comes the first model announcement since the news was released. Making his announcement at the Los Angeles Auto Show, the well known man of Mustangs announced the Saleen 351 Mustang.

"Since regaining the Saleen brand, I really want to bring it all together with the heritage that Saleen is known for", said Steve Saleen. "With the current Saleen [302] Mustang model it provides all the right features to bring back and update the S351 model."

After nearly 13 years since a Saleen production vehicle has been powered by a 351 c.i.d. powerplant, this new model debut has an exciting list of technological and design offerings under the Saleen 351 model name.

The most notable component in the 351 is the Saleen engineered 351 cubic inch V8 engine which will produce 700 hp and 655 ft-lb of torque when paired with the Saleen 296 supercharger system.

"Everything about this project has been mindful of the goal to create the most potent Mustang on the market", said Al Wagner, V.P. of Engineering. "I think we have certainly pushed the bar in the production Mustang segment with our 351 offering. Once the project came together I couldn't help but thinking; if the 302 mustang is using a coyote engine, the 351 is definitely the gray wolf of the class."

Transferring all of that power requires the use of some specialized equipment as well. The Saleen 351 will utilize a 6-speed transmission equipped with a high performance Saleen clutch system, and a 3.73:1 final drive ratio to ensure that the power will be where its most required, on the ground.

Working in conjunction to the wheel, tire, and Saleen S4 suspension are the Saleen 15" brake package which are a well-placed component of this 700 hp Saleen vehicle. "A multi-piston brake caliper setup is critical to a high performance vehicle of this caliber", added Wagner. "The amount of power that this vehicle can deliver is astounding and needed to have a well composed counterpart allowing it comparable stopping power."

Rounding out the performance system on the 351 are the Saleen 5-spoke alloy wheels wrapped with high performance tires. Setup in a staggered formation of 20×9 front and 20×10 rear, the slalom performance times and corning capabilities are set to be on-par with levels approaching those of pure bred racecars.

Building on the design elements from the Saleen 302 Mustang, the 351 will feature the Red Butterfly Center Ram Air Induction system which has become a signature of the Saleen brand. A truly functional system, the Red Butterfly hood allows cold air to intake through the butterfly scoop design as they open-up under throttle. Once the air passes through the butterfly openings it is directed through the engine compartment to the 351's powerplant where it becomes a tributary to the air intake system. Additional design components include full carbon fiber front and side splitters, as well as a carbon fiber rear diffuser which houses the F-1 style tail lamp. A complete treatment of Saleen 351 badging and graphics will also be included to complement any one of the standard or custom Saleen paint schemes available on all Saleen vehicles.

Steve Saleen's high-performance history delves beyond the first Saleen Mustangs that went on sale in 1984. As a race car driver, Steve launched his racing career in 1969, where he competed in his first time trial. He then proceeded to win the first race he entered in 1970, and then moved to a professional racing career from the 1970's through the 1980's and 1990's ranging from the Formula Super Vee, to the Formula Atlantic, and later to sports cars, truck and Indy car series. Based on his racing and manufacturing successes, Steve catapulted the company to new heights by entering the luxury supercar niche in 2000 with the Saleen S7, at the famous Pebble Beach Concours de Elegance in Monterey, California. By the following year in 2001, the race version was introduced – the S7R, and was quick to dominate racetracks around the world, including a Win at the 24 Hours of Le Mans in 2010.

Everything at Saleen is literally built from the ground-up, by skillful hands. The Saleen staff consists of a wide range of designers, R & D engineers and production team members that works together pushing the envelope of development, manufacturing, and certification of high-performance specialty vehicles.