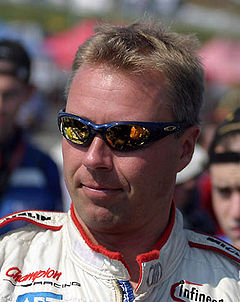 UPDATE #2 Former grand prix and sports car driver JJ Lehto has been freed of all charges for his part in the boat accident that killed a friend in 2010.

Last year, Lehto had been sentenced to two years and four months in prison after a court found he was drunk and speeding on his boat before crashing into a bridge support pillar in Finland in July of 2010. Lehto, 46, had appealed the sentence, claiming he was not steering the boat, but instead sitting in the back when the accident occurred.

The Finn, has now been cleared of all charges.

01/24/11 (GMM) Former F1 driver JJ Lehto is facing a charge of manslaughter. A friend of the ex-Sauber and Benetton racer was killed last year when the speedboat they were travelling on smashed into a bridge pillar in his native Finland.

Lehto, who had head injuries and failed a blood alcohol test, told police he had no memory of the incident.

But local media reports say Lehto, who raced in F1 until 1994, is now open to a manslaughter charge because police have concluded that he was driving the boat.

The reports also said Lehto has been fined for recklessness in travelling at closer to 40 knots in the 5 knot zone, and that he could be sued by the family of his deceased friend.

07/02/10 (GMM) Two weeks after a boat crash in his native Finland, former F1 driver JJ Lehto has told police he has no memory of the incident.

The 44-year-old, who drove for teams including Sauber and Benetton until 1994 and is now a commentator, was one of the two occupants of a speed boat that struck a bridge pillar at 4am in the morning.

His friend did not survive, but Lehto managed to swim ashore with head injuries and broken ribs.

Finnish reports said Lehto failed an alcohol breath test, and police suspect he might be guilty of other offences, including speeding in the narrow channel.

But a police superintendent said two weeks ago that Lehto could not be interviewed because he was "strongly medicated" while recovering from his injuries in hospital.

And according to Turun Sanomat newspaper, Lehto has now told police that he cannot remember the crash, or the events leading up to it.

06/22/10 (GMM) Police are looking into a boat crash involving former formula one driver JJ Lehto. It emerged at the weekend that the 44-year-old Finn, who drove for teams including Sauber and Benetton until 1994 and is now a commentator, swam ashore after the six-meter boat struck a bridge pillar at 4am last Friday morning.

Lehto sustained head injuries and broken ribs, but the other occupant of the boat did not survive.

According to a report in Finland's Turun Sanomat, Lehto failed an alcohol breath test, and police suspect he might be guilty of other offences, including speeding in the narrow channel.

Locals said the boat belonged to Lehto, and an eyewitness who initially treated the veteran of 70 grands prix said he thought the Finn was drunk.

A police superintendent is quoted as saying Lehto might be charged with safety offences, including culpability for the death of his friend.

"Some kind of offense is suspected, but I am not taking a position until it becomes clearer who did what," officer Juha-Pekka Vuorinen, who said Lehto had undergone surgery, is quoted by Ilta-Sanomat.

And Vuorinen is quoted by HBL: "We cannot interview someone who is still strongly medicated. The doctors say he could be discharged (from hospital) in a week and then we will hear from him as soon as possible."

06/19/10 Former F1 driver JJ Lehto was injured in a boating accident early on Friday morning, Finnish media has reported. The 44-year-old Finn was thrown out of the small boat he was travelling in when it struck a bridge pier. Lehto had broken ribs and head lacerations but was able to swim to shore. A friend who had been travelling with him was killed in the accident.