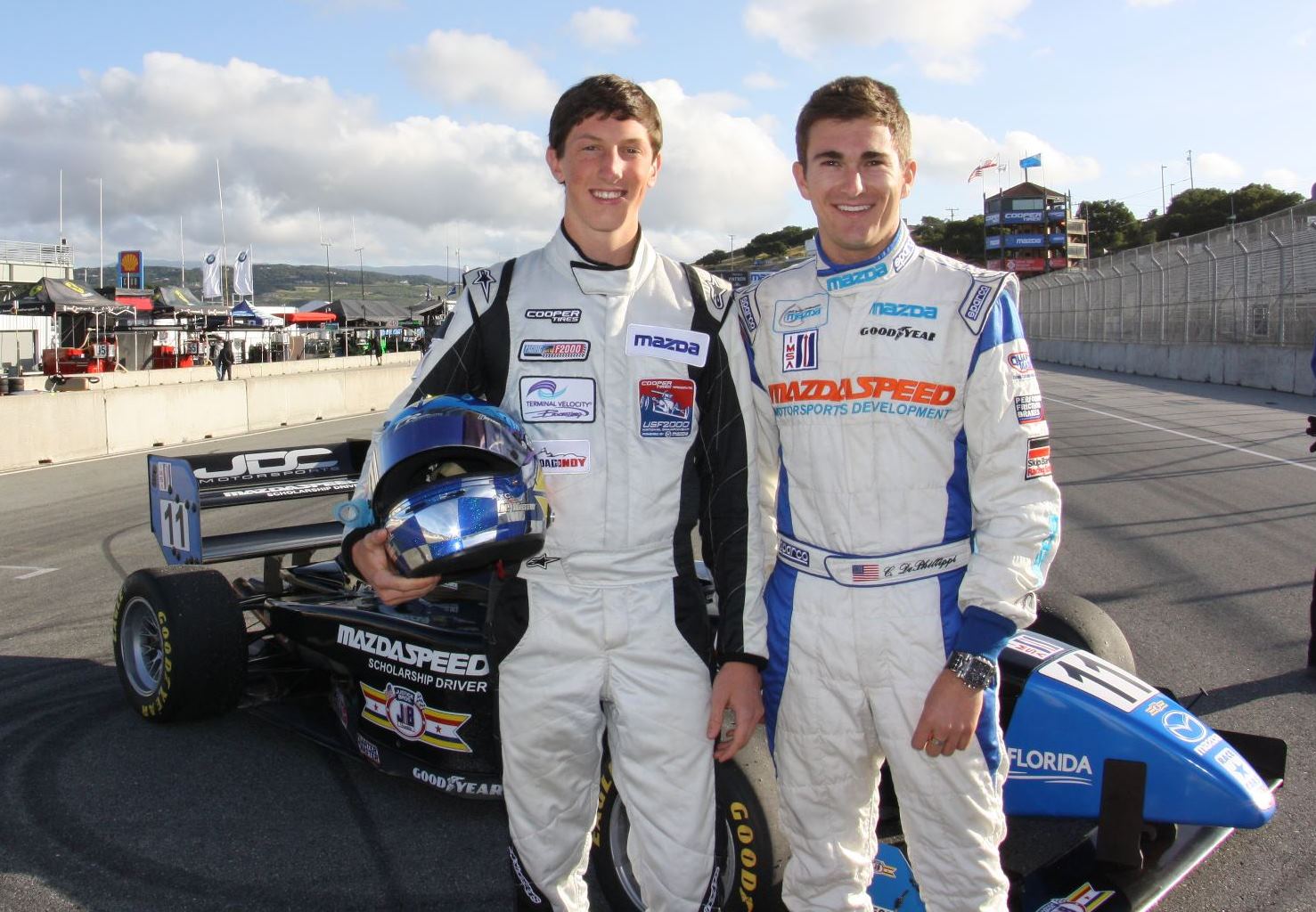 Miles Maroney and Connor De Phillippi grew up racing together in Southern California, were Karting teammates on more than one occasion and have been great friends for as long as they have been alive. Some of the best American Open Wheel racers over the past decade or more have had to pursue their racing dreams elsewhere, as the Road to Indy is essentially a dead end long before IndyCar, especially for Americans without a pile of money. For Connor and Miles their dream was F1 or Indy Car 100%, but they are trying to forge careers in this Sport, it is no hobby and it is a life's work, literally!

Toward the end of this 2012 racing season Miles Maroney also made his Porsche GT3 "debut" at Road America in late August in the IMSA GT3 Cup Challenge and finished up the season at VIR in September and Petit LeMans last month.

Miles Maroney will be back in the Porsche GT3 car for the full season in 2013 (series and team announcement to come within the next couple of weeks we hear) and he too is one of the winningest Open Wheel racers of the past decade.

Could Spencer Pigot and/or Sage Karam be far behind? AR1.com sources say it is so. It is common knowledge that Spencer as one of the young guns tested/assessed by Porsche at their young drivers academy in Alabama a short time ago.

It is sad that ride-buying Open Wheel is fast losing it's best young racers to Sports Cars….nothing new, but certainly now happening much sooner than ever. When Tony George started the IRL, he destroyed the successful CART business model whereby drivers got paid to drive, and with it turned the entire open wheel racing industry in the USA into a ride-buying unprofessional sport that was not self-sustaining.

11/27/12 In a bittersweet announcement Porsche announced Connor DePhillippi as one of their new Porsche Junior drivers. While this is great news for Connor it’s also a little frustrating because he was probably only a year away and few million dollars away from reaching the Izod IndyCar series.

Connor is one of the few Americans who have worked their way up the Road to Indy without a famous last name, family money, or an attachment to an IndyCar team owner. He has paid his dues and proven his mettle but didn’t land a big sponsor or development deal. I fear that as good as this is for Connor it means we’ll never get the chance to see him start the Indy 500.

The Porsche Junior Program is the development program for their endurance racing program. It goes beyond being able to pick their ride, they get fitness and nutrition training, driver coaching, professional mentoring, it is probably the most extensive driver training program in the world outside of Red Bull and McLaren’s F-1 program. Unlike F-1 programs you don’t buy your way in, you earn it, and that sums up Conor’s career.

De Philippi has earned everything in American racing that he can’t buy, and apparently that doesn’t include a Firestone Indy Lights ride. I’ve heard drivers are being asked to bring anywhere between $400,000 and $1 million for an Indy Lights seat. This guy put in three years in Star Mazda, finishing in the top three each time, won the prestigious Walter Hayes trophy when he was 17. He amassed a stronger resume than several full time drivers and still has yet to turn 20, and still can’t land an open wheel seat on talent alone in America. Beyond the Flag