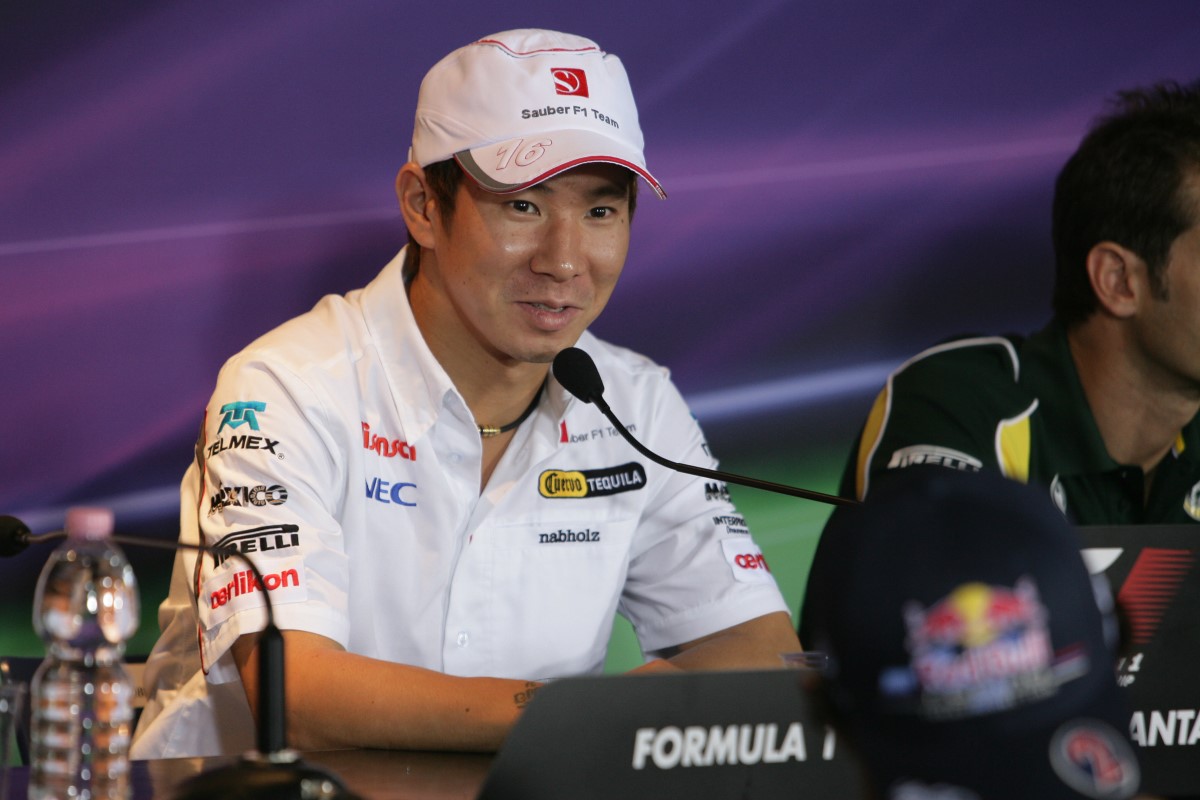 Seven time world champion Schumacher, 43, has received some criticism for letting his friend and countryman Vettel overtake without a fight as the latter raced for his third consecutive drivers' world championship at Interlagos.

Vettel ultimately won the 2012 contest against Alonso – who was Schumacher's last championship rival of 2006 – by a mere 3 points.

"Sebastian was faster and he (Michael) didn't want to get in the way and increase the risk for him," Ralf told German television ZDF.

"That's how fair sports people treat each other," he added.

Jaime Alguersuari, meanwhile, said the kind of help enjoyed by Vettel in Brazil is just part of F1.

"I would have liked to drive a Mercedes in Sao Paulo and let Alonso pass to help with his third world title," the former Toro Rosso driver, 2012 Pirelli tester and Spaniard told AS newspaper.

"I must remind you that F1 is also about engineering, political interests and money.

"Someday, Fernando can benefit from the same circumstances that benefitted Vettel," he added.

Massa cried after 'taking punches' in 2012
(GMM) Felipe Massa has revealed that amid his tumultuous 2012 season, he thought about quitting.

When the Brazilian mounted the podium in his native Brazil on Sunday, he openly cried.

Following a dire start to his 2012 campaign, and indeed a fallow few seasons since his almost fatal injuries of 2009, the 31-year-old has managed to recover his form more recently.

"First, even a rock like Alonso is not endlessly resilient. The title fight against Vettel, usually with a slower car, has exhausted him.

"I also believe that a number of improvements to the Ferrari have matched Massa's style of driving more than Alonso's," he added.

Whatever the reasons, the fact Massa pulled his career from the brink to secure a new deal for 2013 culminated in his tears on the Interlagos podium.

"First of all I was on the podium, which is a great emotion," Massa told Sportv's Bem Amigos program.

"But I think I was crying more because of the difficulties than the joys," he admitted.

"I have taken a lot of punches, and even thought for a moment 'do I want to do this?' I had started to think above my head, which had gone into space.

"From there I started to think the way I had always thought again. Behind the podium, I was normal — I was congratulating Vettel, enjoying the moment.

"But the minute I looked at all the stands screaming my name, my wife, my family, my friends, all my mechanics, my team … then I fell (into crying)."

Red Bull to spend millions on staff title bonus
(GMM) F1 team Red Bull will pay a 10,000 British pound (US $16,000) bonus to every staff member, after winning the drivers' and constructors' championships for a third consecutive time in 2012, the Telegraph reports.

The gesture will cost the energy drink-owned squad millions, but not as much as the financial windfall of winning the title as spelled out in the Concorde Agreement.

2013 news could wait until January – Alguersuari
(GMM) Jaime Alguersuari is continuing to wait on his future, admitting it might be January before he knows what he will be doing in 2013.

"Not yet," the former Toro Rosso driver, and 2012 Pirelli tester, told the AS newspaper when asked if he is now ready to announce the news.

"We may not be able to communicate about 2013 until January. It's also possible that it will be in the coming days."

Alguersuari admitted to a certain frustration about the current situation in F1, with many talented and experienced drivers fighting against so-called 'pay drivers' for seats.

"Fortunately or unfortunately, F1 is not MotoGP. If Stoner is injured, there is no substitute who can match Pedrosa or Lorenzo.

"But in F1 there are ten applicants for a single seat. Merit, talent, past performance and experience are only part of what is needed," he said.

Lotus owner Lopez has 'desire' to keep Grosjean
(GMM) Despite looking safe to keep his seat for 2013, Lotus is making Romain Grosjean wait.

The team rates the Frenchman's raw speed very highly, but he has had a tumultuous season.

The final chapter was in Brazil, where he crashed both in qualifying and the race.

"At the moment we are having a few days or a few weeks of consideration," team boss Eric Boullier is quoted by RMC Sport.

"This season, there were not terrible things and not great things. But we're not going to bury the kid, he did three podiums."

And team owner Genii's Gerard Lopez told Speed Week: "The chance that he races with us in 2013 is great."

Grosjean, 26, admitted in Brazil that after the ups and downs of his return to F1 this year, he is exhausted.

"It is time to stop and take two months off," he said. "I hope I'll be there next year."

Lopez told L'Equipe: "Romain is one of the fastest drivers in F1.

"He understands the car, he can get the most from it, but he has not done everything we asked of him, especially in terms of consistency.

"But the kind of speed he has does not grow on trees.

"The reason he is not yet confirmed for 2013 is because we have not yet had time to sit down and discuss it together with the engineers. Then we'll see.

"My desire is to see Romain in the car, but it depends more on him than me."

That is the claim of Dietrich Mateschitz, the reclusive billionaire owner of the energy drinks company Red Bull.

He was speaking to the Austrian newspaper Kleine Zeitung after German Vettel on Sunday won his third consecutive drivers' world championship with Red Bull.

Mateschitz said: "Every driver wants to go to Ferrari one day, but for the moment (for Vettel) it is complete nonsense.

"While Fernando Alonso is there, it is absurd to think Vettel would go there too."

Vettel said on Sunday that his current contract with Red Bull runs to the end of 2014.

"At the moment, I don't see any point thinking about another team or something else. I'm extremely happy in the position I am," said the German driver.

HRT's owner Thesan Capital is no longer prepared to fund the Spanish backmarkers, making it likely Interlagos was the last race in the team's three-year history.

"We have finished the season with so much uncertainty about what will happen now," lead driver de la Rosa told Antena 3 television.

"Are we going to continue, are we changing the name … it makes me feel bad because when I talk to the mechanics I don't know if it is the last time we work together.

"We started the project thinking it would be long term," he said.

At the very least, de la Rosa acknowledged that formula one will no longer have a Spanish team.

"Whatever happens, for many reasons, the team will not be Spanish and that's the biggest sadness I have," he said.

"We will probably never see a Spanish team in formula one again."

Kobayashi collects only $1M for seat
Kamui Kobayashi has already raised over $1M towards a race seat for the 2013 Formula 1 campaign through his dedicated support website, with the Japanese driver fighting to secure a place on the grid after losing his Sauber drive.

Kobayashi, who is being replaced by Esteban Gutiérrez at the Hinwil-based squad, created the donation page ahead of the Brazilian Grand Prix, giving supporters the opportunity to aid his quest to remain in the sport. As of Tuesday morning, the total collected stood at 65,813,672 yen (approximately 618 thousand euros).

Force India, Williams, Caterham and Marussia are yet to confirm their full line-ups for next season, but a wide range of rival drivers are fighting for the respective positions. $1 million won't even get Kobayashi an IndyCar ride, but is enough for Formula Renault FR 3.5.

"To win a race is a massive challenge, to win enough races to win a championship is pretty special, and to do it consecutive years is even more special," said Brawn, who was part of the dominant Ferrari set-up at the start of the 21st century.

"But I know their pleasure is going to be short-lived in that they are already thinking about next year.

"In our case, it was fantastic to win it, but always there is the pressure of the following year – you want to win it, repeat it, and do it again.

"It is so intense in F1, you rarely sit back and feel job done, fantastic.

"There is a feeling of elation and achievement, but a fear of failure that is immediately there for the following year. You have that mixture of emotions.

"It is a great achievement, and one they should be proud of."