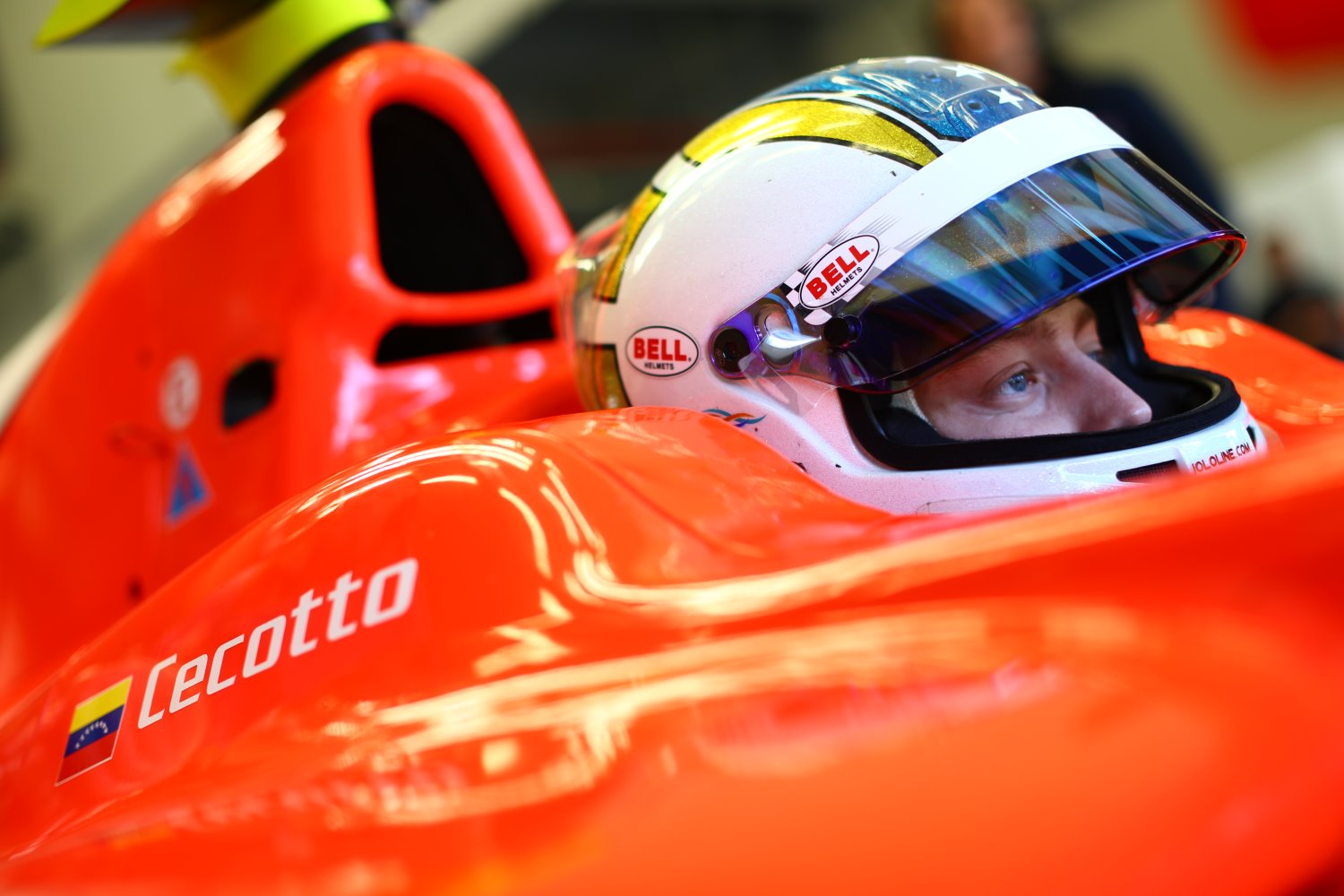 Johnny Cecotto was unbeatable today at the final test day of the 2012 season in Spain. He topped both sessions at the wheel of an Arden car. With a lap time of 1:25.694 set this morning, the Venezuelan wrapped up a strong season with the quickest time of the two-day test session at Jerez.

The grid was shaken up a bit today: on top of Cecotto moving from Carlin to Arden, Stephane Richelmi and Mitch Evans moved to DAMS whilst Kevin Mirocha tested at iSport and Rio Haryanto moved to Lotus GP. Yesterday’s fastest man Marcus Ericsson was at the wheel of a Scuderia Coloni car for this second day, Sergio Canamasas moved to Trident, and Ramon Piniero to Carlin. Finally, Fabio Leimer returned to Racing Engineering.

Cecotto was quick to set the early pace with a 1:26.457 in the first thirty minutes of the session which opened under clear blue skies. Alexander Sims (Addax) also dipped under 1m27s to take P2, followed by Ericsson. By mid-session, Felipe Nasr (Carlin) went top, but his lap time was bettered by Adrian Quaife-Hobbs (Arden). The Brit was soon edged out though when Cecotto broke the 1m26s barrier and sat pretty at the top of the timesheets for the remainder of the morning session.

The proceedings were briefly halted after Daniel Juncadella (Rapax) spun and stopped on track. At the restart, Nasr improved his personal best and also set a lap time in the 1m25s, a clear three tenths from Quaife-Hobbs in P3, but a shy 0.02s slower than Cecotto. A second red flag interrupted the session with thirty minutes left on the clock as Simon Trummer (Caterham) spun and stopped on track as well. At the checkered flag, Ericsson, Kevin Giovesi (Lazarus), Richelmi, Haryanto, Sims, Stefano Coletti (Rapax) and Alexander Rossi (Caterham) completed the top ten.

After a one hour lunch break, the track was live again and Cecotto continued to display his good form by setting the early pace ahead of Sims and Evans. Nigel Melker (Racing Engineering) found extra pace to sneak into P2. The session was red flagged as Giovesi stopped on track following what looked like mechanical gremlins. When the proceedings resumed, Leimer moved up to P2 but his time was bettered by Richelmi, Rene Binder (Lazarus) and Jolyon Palmer (iSport). As the clock ticked down, most drivers improved – with the majority focusing on race distances. At the checkered flag, the Arden driver lead Richelmi, Binder, Coletti, Palmer, Leimer, Julian Leal, Nigel Melker (Racing Engineering), Giovesi and Canamasas.

This marks the final outing of the GP2/11 car in 2012. The GP2 Series takes a breather and will be back on track for the first pre-season testing of the 2013 season on February 26th, 27th and 28th at Jerez. A second pre-season test session will be held on March 5th 6th and 7th at Barcelona.