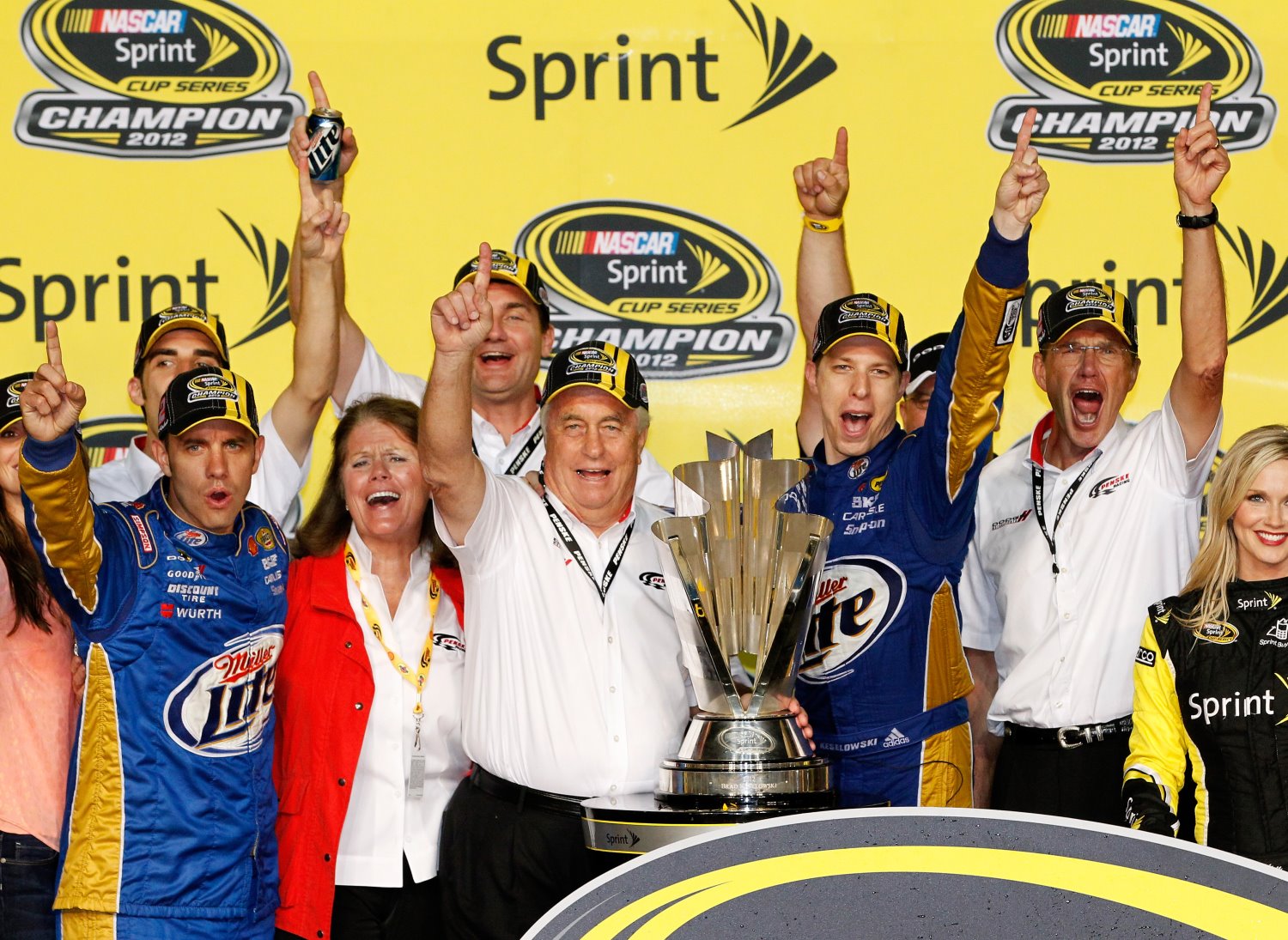 Brad Keselowski was crowned the 2012 NASCAR Sprint Cup Series Champion this evening at Homestead-Miami Speedway. His 15th-place finish in Sunday’s Ford EcoBoost 400 was enough to wrap up the title.

Keselowski’s championship came in his 125th start, the fewest since Jeff Gordon captured his first of four titles in 1995 in 93 starts.

Clint Bowyer ends the year as the runner-up and Jimmie Johnson finishes third. Bowyer, who is finishing his first season with Michael Waltrip Racing, was the race runner-up.

“It feels really good," said Keselowski. “I can’t believe how everything just came together."

“It wasn’t easy; we didn’t just line up and run," said Penske. “It’s something I can’t hardly believe."

While Keselowski claimed the season title, Gordon takes home the winner’s trophy in the Ford EcoBoost 400. The win, Gordon’s 87th in the NASCAR Sprint Cup Series, gives Hendrick Motorsports its first victory at Homestead-Miami Speedway in 52 starts. The win marks Gordon’s second win and 18th top-10 finish of the year.

“To be able to celebrate in Victory Lane with [my Hendrick Motorsports teammates] was very special and meaningful," said Gordon.