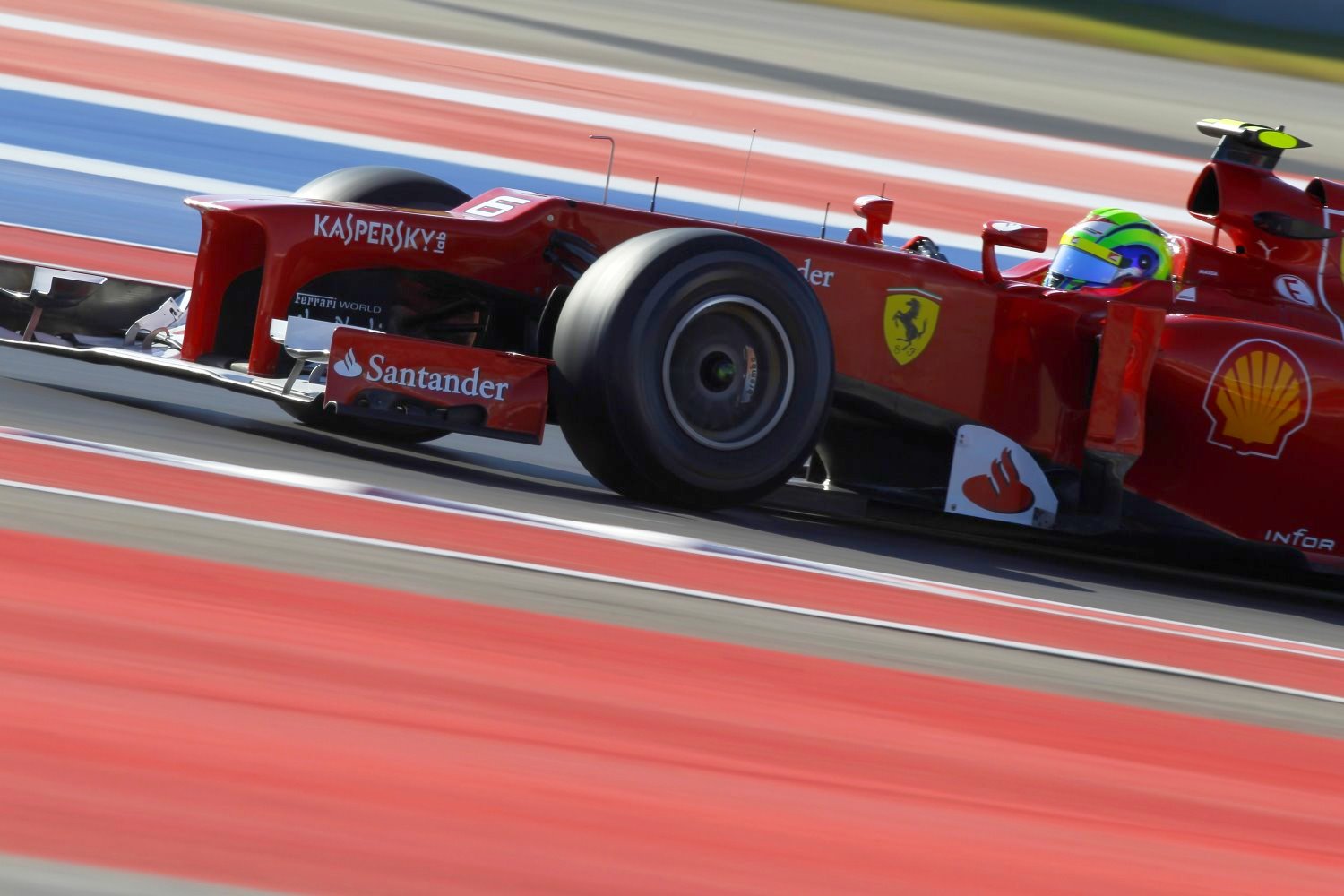 A long-life gearbox rule means that breaking an official FIA 'seal' – usually necessary only in the event of a technical problem – incurs a five-place grid penalty.

Brazilian Massa qualified ahead of Fernando Alonso on Saturday, so the deliberate 'seal' breaking moved the Spaniard moved one place up the grid, from eighth to seventh.

With the US grand prix being the penultimate grand prix of the year, Ferrari's tactical move – a decision made "for strategy considerations" according to the famous Italian team – may prove crucial.

Alonso needs to finish fourth or higher in order to prevent Red Bull's Sebastian Vettel from winning the drivers' title on Sunday, if the German wins the race.

The main consideration, however, was about the "dirty side" of the grid; a higher factor in Austin given the newness and low-grip nature of the Circuit of the Americas asphalt.

"Starting from the dirty side of the track would have been penalizing," a statement posted on Ferrari's official website explained.

"There was a significant risk of finding ourselves too far behind the leaders at the end of the first lap. It was a decision agreed by both drivers," claimed the team.

"We've always maintained that the interests of the team come before that of the individual drivers and this has always been our very transparent policy."

Although completely within the rules, Ferrari's move is highly controversial. British broadcaster Sky's pitlane reporter Natalie Pinkham wondered: "It's legal, but is it fair?"

"Not much to feel about it. It's their business," Red Bull's Vettel said on the grid.

Ferrari's strategy worked well for Alonso a few minutes later, when the Spaniard moved up from his new seventh on the grid to fourth on the first lap, while the 'dirty' side of the grid struggled.

"Engineers were right," said Sky commentator Martin Brundle, "it was all about one grid slot."

11/18/12 Ferrari has broken the official FIA seal on Felipe Massa's gearbox ahead of the United States Grand Prix, meaning the Brazilian driver will be given a five-place grid penalty for this afternoon's race. As a result of the Maranello-based outfit's actions, team-mate Fernando Alonso now moves on to the 'clean side' for the start.

As race day preparations got underway in Austin, rumors over the potential change gathered momentum in the paddock. Alonso posted the ninth fastest time in Saturday afternoon's qualifying session, but a grid drop for Romain Grosjean promoted him to eighth and on to the dirtier side of the grid. With engineers up and down the pit lane expecting severely problematic starts from the 'even number' slots, the move was assessed by Ferrari.

At around 11am local time the initial reports were confirmed, meaning Massa drops down the order to 11th place, with Alonso now departing from seventh on the grid. It is currently unknown as to whether or not Massa's gearbox will now be replaced.

11/18/12 Sky Sports F1 has learnt that Ferrari are "evaluating the option" of making a change to Felipe Massa's gearbox that would trigger a penalty and see World Championship contender Fernando Alonso move to the clean side of the U.S. GP grid.

The news comes after concerns about a marked discrepancy in grip on the grid at the new Circuit of The Americas.

Massa and Fernando Alonso are currently scheduled to line up sixth and eighth respectively – with both drivers on the 'dirty' side.

However, if the gearbox on Massa's car was to be changed – or merely tampered with – then both would line up on the racing line of the start-finish straight where more rubber has been laid down.

It is not known whether there is a specific problem with the gearbox on Massa's car; the obvious conclusion to draw is that Ferrari are trying to give Alonso the best possible chance to make up ground in the race.

There is nothing in F1's rules that prevents a team from changing a car's gearbox for sporting reasons.

Speaking on Sunday morning, a Ferrari spokesperson said: "We are just evaluating this option." Sky Sports