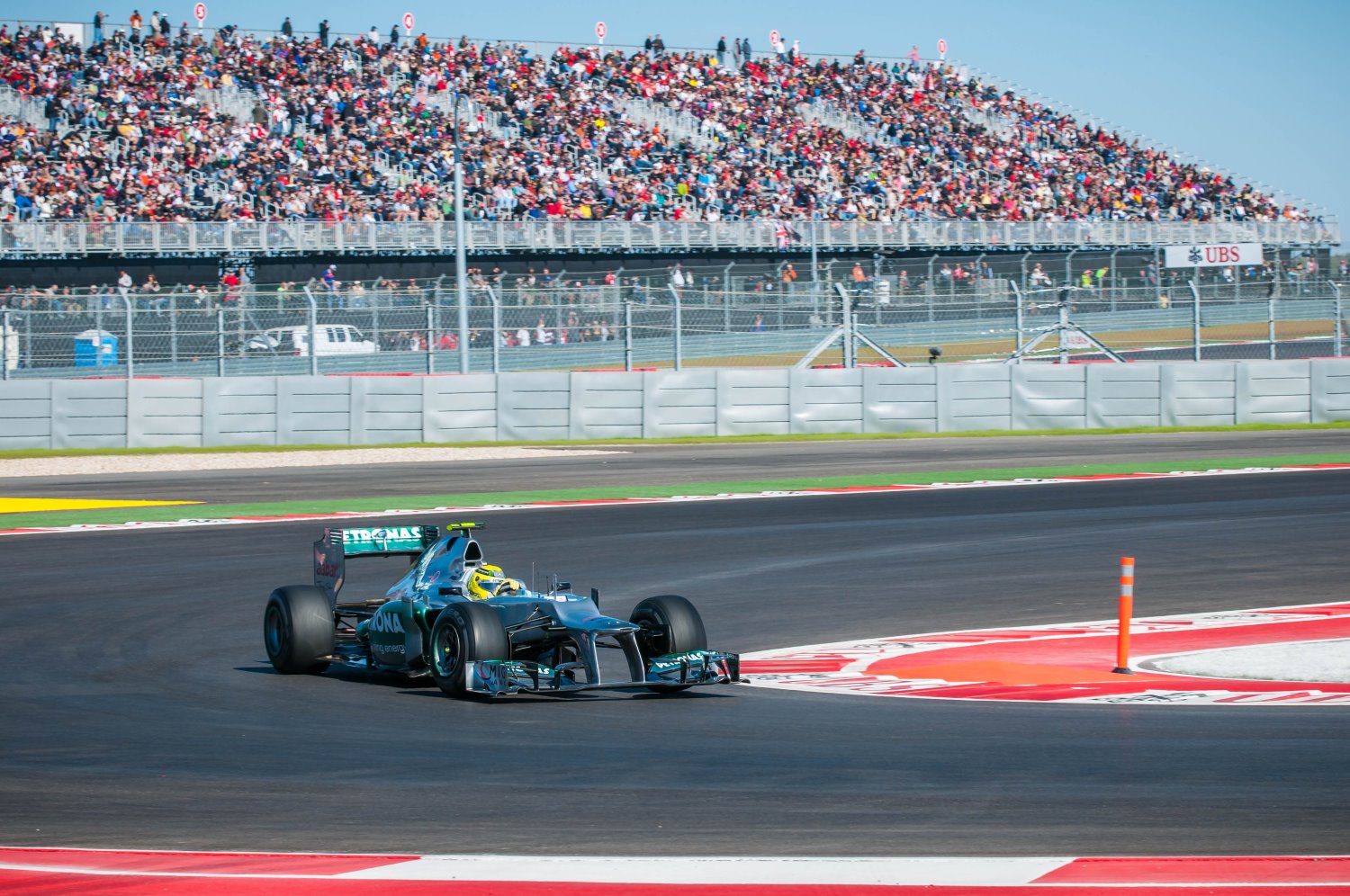 Circuit of The Americas today welcomed a massive first-day crowd of 65,360 to the 2012 FORMULA 1 UNITED STATES GRAND PRIX. Race goers were treated to a spectacle of sound and color as Formula 1 drivers took to the Grade 1, 3.4-mile circuit for the very first time.

Red Bull’s Sebastian Vettel, current points leader in the drivers’ world championship standings, produced the best time of the day during the second of two 90-minute practice sessions, recording a sizzling lap time of 1:37.718. His teammate, Mark Webber, posted the second-best time of 1:38.475.

The FORMULA 1 UNITED STATES GRAND PRIX continues Saturday, Nov. 17, with the final free practice session beginning at 9 a.m. CST and three rounds of knock-out qualifying starting at noon. Gates open at 7:30 a.m. Following the races, Collective Soul will entertain fans with a free concert in the Grand Plaza, located near the track’s main entrance off Circuit of The Americas Blvd.