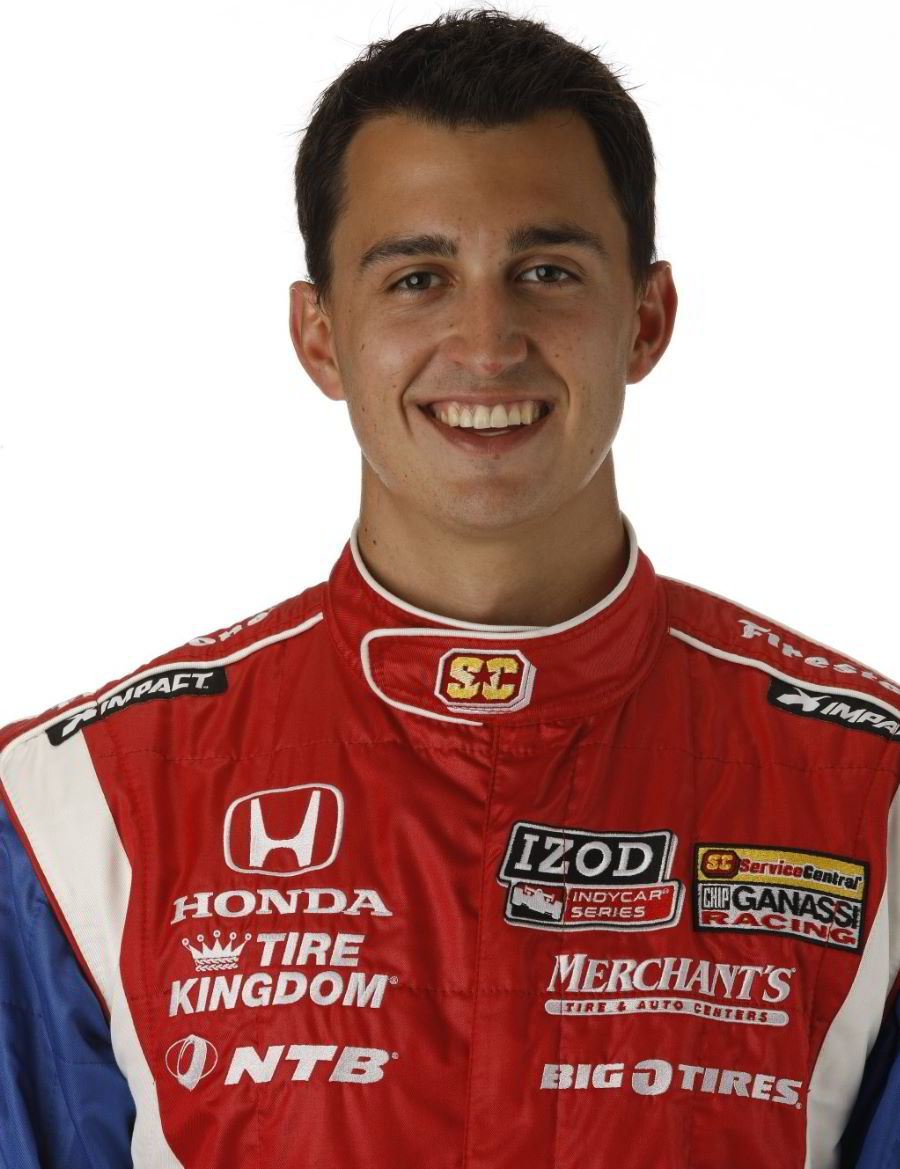 In a long-anticipated move, Graham Rahal, 23, has signed a multi-year contract to compete in the IZOD IndyCar Series for Rahal Letterman Lanigan Racing (RLL) – a team his father, 1986 Indianapolis 500 winner and three-time Indy car champion Bobby Rahal co-owns with CBS LATE SHOW host David Letterman and Mi-Jack co-owner Michael Lanigan. TBC Retail Group, who has sponsored Graham since 2010, will be the primary sponsor while Valvoline will be a major associate sponsor.

“It’s extremely exciting for me to join Rahal Letterman Lanigan Racing fulltime," said Graham Rahal. “It’s something that I thought really wouldn’t happen this early in my career but, at this point, it absolutely makes the most sense for us. For me, this is probably the most excited I have been to join any team because I see the potential behind what my dad and the rest of the team have been able to accomplish over the last year with Takuma. And knowing the development and other things that the team will now have the time to do to prepare for the season makes me more than thrilled to be here. I can’t wait for the whole process to begin – the testing and obviously going racing! It’s really an exciting time for me."

“We are excited to sponsor Graham again this year in partnership with Valvoline," said Orland Wolford, CEO TBC Retail Group, Service Central. “He is an exceptional ambassador for our brands. Not to mention, Rahal Letterman Lanigan Racing has the equipment and expertise to keep him running in the front of the pack."

The 2013 season will mark the seventh in a top-tier open wheel racing series for the 23-year-old, who became the youngest winner in major auto racing history when he drove to victory in his first IndyCar Series race at the 2008 Honda Grand Prix of St. Petersburg at the age of 19. The following season he became the youngest pole winner at the same event – both while driving for Newman/Haas Lanigan Racing, a team co-owned by Michael Lanigan at the time.

Graham Rahal made one start in an RLL-prepared Indy car where he qualified seventh and finished 12th in the 2010 Indy 500. In 91 Indy car starts, he has earned 19 top-five finishes — including his 2008 win at St. Petersburg — 44 top-10’s, and led a total of 116 laps. In addition he won poles at St. Petersburg (street course) and Kansas Speedway (oval) in 2009. The younger Rahal come close to winning again earlier this season as he led the closing laps at Texas Motor Speedway before a slight brush of the wall with two laps to go forced him to settle for second place.

RLL returned to full-time IZOD IndyCar Series competition in 2012 for the first time since 2008 and was a contender for victory in multiple events including the Indianapolis 500 with Takuma Sato. The team won the 1992 IndyCar championship as well as the 2004 Indianapolis 500 from pole and RLL Indy cars have finished in the top 10 in more than half of its 602 career series starts.

Bobby Rahal, co-owner of RLL: “I think this is a great moment for our family, for the team and for the sport and I thank TBC Retail Group and Valvoline for making it possible. Of course, for me, the pressure is really on us to deliver the goods so that Graham can realize all the potential he has. I think we can create an environment that will allow him to fulfill that potential. The last time Graham was the leader of the team was when he was with Newman/Haas/Lanigan Racing in 2009. For only a 20 year old kid, he won a couple of poles, had a number of very good races, was very competitive and finished seventh in the championship. If we give him that level of focus I think he can do even better than that so I am quite excited about the potential although, as I said, the sense of commitment that we now have to make sure we deliver the goods has probably never been higher. I think it is great for the team and I really look forward to seeing Graham’s helmet in our car. As a team, having both him and I here is like a two-for-one special for ourselves, our sponsors, and the potential sponsors we are talking to."

David Letterman, co-owner of RLL: “Very excited to have Graham Rahal on the team. Honestly, this will be our best chance yet to win the championship, the 500 and Dancing with the Stars."

Michael Lanigan, co-owner of RLL: “Needless to say the Rahal Letterman Lanigan team is ecstatic to bring Graham back home and working with Bobby and all our people in Indy Car. Graham has driven for me in the past going back to when he first broke into racing as a teenager and has been a winner in every series of our association. He has always proven out his driving talents and maturity both on and off the track. Having the support and partnership with Service Central and Valvoline has made this happen. I would like to personally thank them and look forward to winning races for these two fine companies for many years to come."