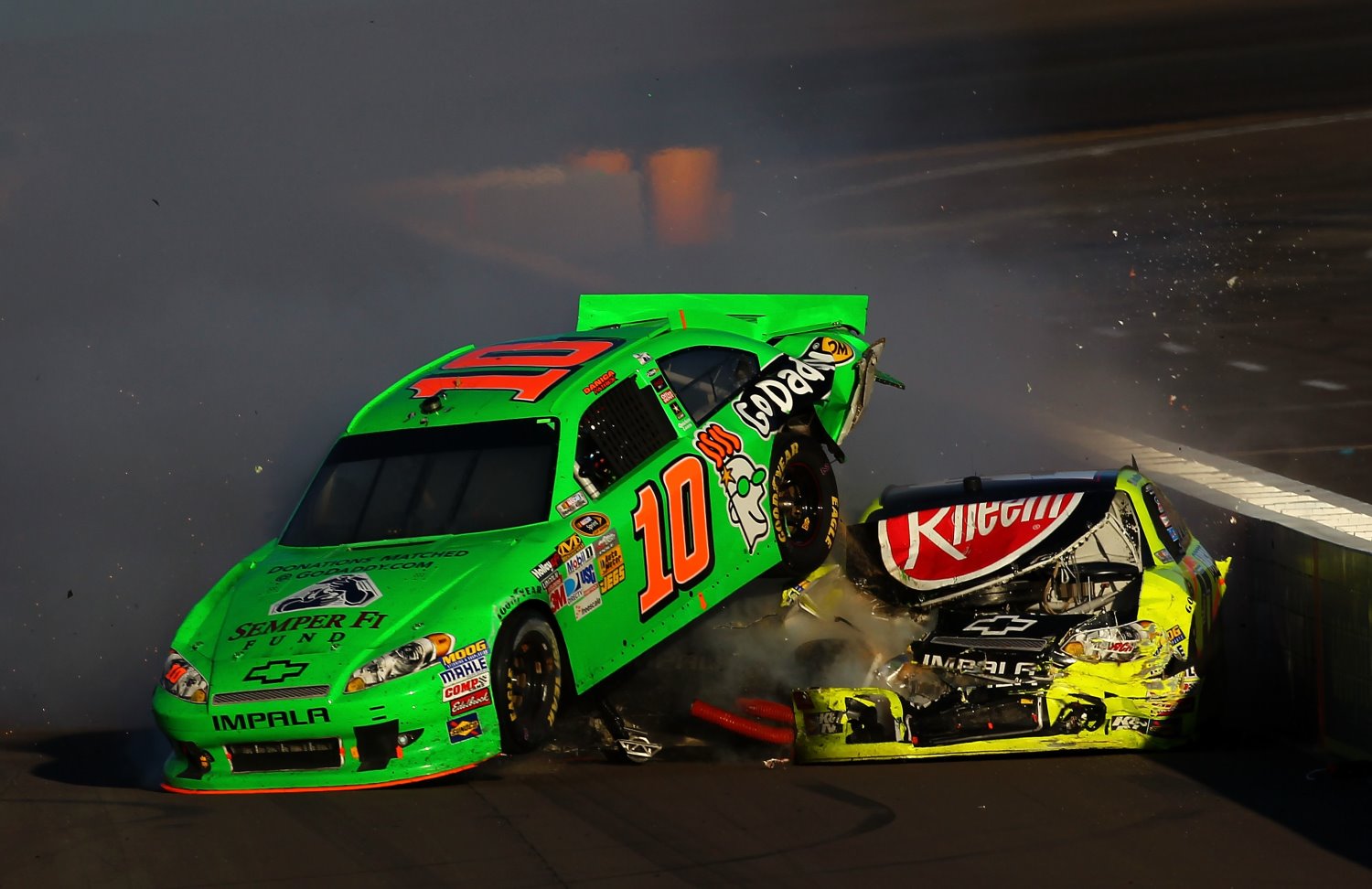 NASCAR officials created a firestorm of controversy Sunday when they didn’t throw a caution flag on the final lap at Phoenix International Raceway, despite Danica’s Patrick’s wrecked car sitting on the track and oil covering the racing surface.

NASCAR officials did not throw a caution flag because it did not see any oil on the track, NASCAR vice president of competition Robin Pemberton said following the wild, crash-marred race. Drivers complained of oil and debris on the track but NASCAR let the race run to the finish after Patrick hit the wall after the leaders had taken the white flag. If NASCAR had thrown a caution, it would have frozen the field and meant that the race was over at that point.

What happened in the aftermath was a series of accidents as drivers wrecked heading to the checkered flag. Involved in the crash were Patrick, Mark Martin, Ryan Newman, Paul Menard and Chase leader Brad Keselowski, who survived the melee to finish sixth.

“When she got up in there, at the time she came all the way around and she was out of harm's way," Pemberton said. “We didn't see any fluid or anything, she rode around on the apron, and when she pulled up on the racetrack, there was smoke, it looked like tire smoke.

“It's easy to look back on it obviously and wish that you did something different, but at the time it didn't appear like there was any fluid that was coming out of the car."

Apparently there was, and even race winner Kevin Harvick was upset that NASCAR did not throw a caution flag. He was leading with seven laps remaining when NASCAR threw a caution flag for a crash between Jeff Gordon and Clint Bowyer, setting up a green-white-checkered restart.

“You can't throw the caution flag as fast as you can throw it one time and then just let everybody run through a whole straightaway full of oil," Harvick said.

“Those are the guys that are going to have to look themselves in the mirror, the guy who's calling the races, and decide if they're doing a good job."

Harvick said it was clear there was fluid on the track.

“There was more oil than there was asphalt, I can guarantee you that, and it was very visible," Harvick said.

Newman, who was caught up in the crash, also was upset over the lack of a caution.

“(I’m) really disappointed in the way NASCAR handled that last lap there," Newman said. “That was not fair to the drivers at all."

“You would expect that they would see all of that and see the oil slick," Busch said. “I mean, it wasn't small by any means. It was three feet wide."

Denny Hamlin, who finished second, said he was torn over whether the caution flag should have come out.

“The 29 (of Harvick) almost wrecked coming to the line … (and) we almost wrecked, too," Hamlin said. “There was a lot of stuff on the racetrack. That's why that wreck happened on the front stretch — there was oil all over it.

“Ray Charles could see that. It was just a judgment call, I guess."

Harvick team owner Richard Childress was happy with the win but also had one of his cars wrecked.

“I'm really disappointed in the way the race was called. … Kevin almost wrecked coming off of (Turn 4)," Childress said. “We take the white flag, she's coming across down here, everybody seen what was happening.

“I just knew the caution was going to come out, and he races back around and almost wrecks and we lose a car (Menard) and could have hurt a driver, so I'm just still a little upset about that last not being a caution." Sporting News