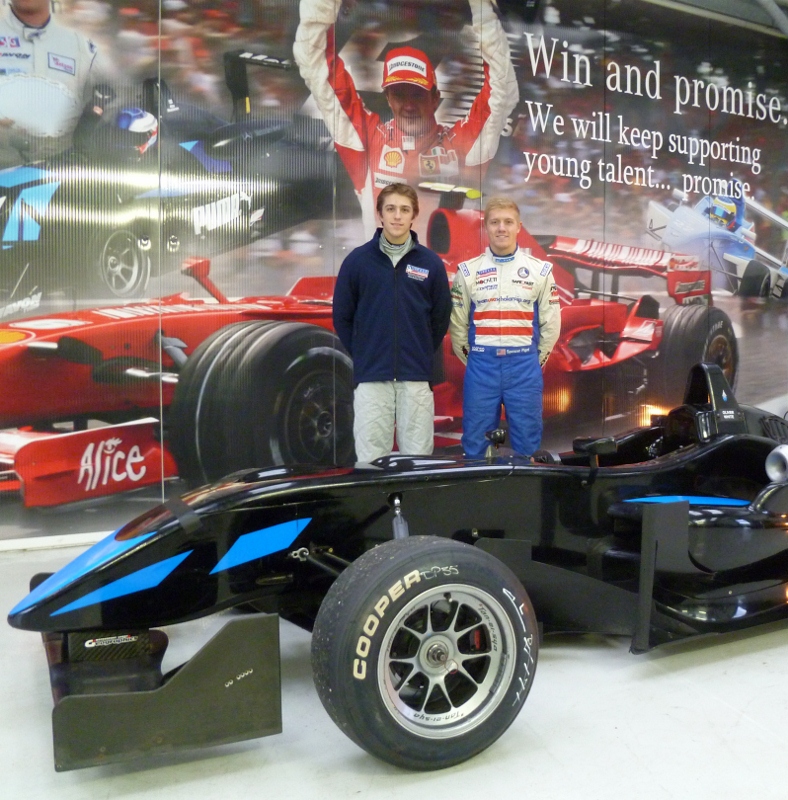 The track was wet at the beginning of the day following overnight showers and the temperature remained cool throughout, but the young Americans were able to sample the car’s spectacular performance on both wet and dry Cooper tires. The pair was joined by young Englishman Oliver White, who was selected by a panel of judges as one of the outstanding talents at the recent Formula Ford Festival and Walter Hayes Trophy events. (WHT winner Tristan Nunez also was invited to the test but was unable to attend due to a prior commitment to a charity event this weekend in his native Florida.)

The trio completed a total of 204 laps during the day with barely a hint of drama.

“All three drivers did very, very well," affirmed Double R Racing Team Principal Anthony “Boyo" Hieatt. “They had tricky conditions – it started off damp – and the F3 car is not easy to get used to with all the downforce, but nobody put a wheel wrong and they all turned really quick times, so I was very, very impressed. I’d invite them all back, any day."

Pigot, who has been awarded Team USA Scholarships in each of the past two years, was selected for the drive after finishing a close second in the 2012 Cooper Tires USF2000 Championship Powered by Mazda despite winning eight of the 14 races.

“It was a lot of fun to drive this car," said Pigot. “I love the downforce – the car was very quick through the high-speed corners – and the track was really cool as well with lots of fast corners. We had all sorts of different conditions with all the rain overnight and then the track drying up and eventually some dry time, so a little bit of everything. It was great and I’m so thankful for this opportunity."

Johnston’s career has been significantly shorter. The former sim racer (or “gamer") – and one of the standouts in last year’s Nissan GT Academy – has just completed his first full season of racing during which he dominated the IMSA GT3 Cup Challenge. He also impressed in the Team USA Scholarship shootout, despite a paucity of prior open-wheel experience.

“Just an incredible day," he said. “The performance of the F3 car was like nothing I’ve driven before. Just to roll that much speed into a corner took a little bit of time for my brain really to comprehend but by the end of the day I was really loving it and starting to get confident and comfortable with it. This is really an important experience for me and I’m just so grateful for the opportunity to be out here."