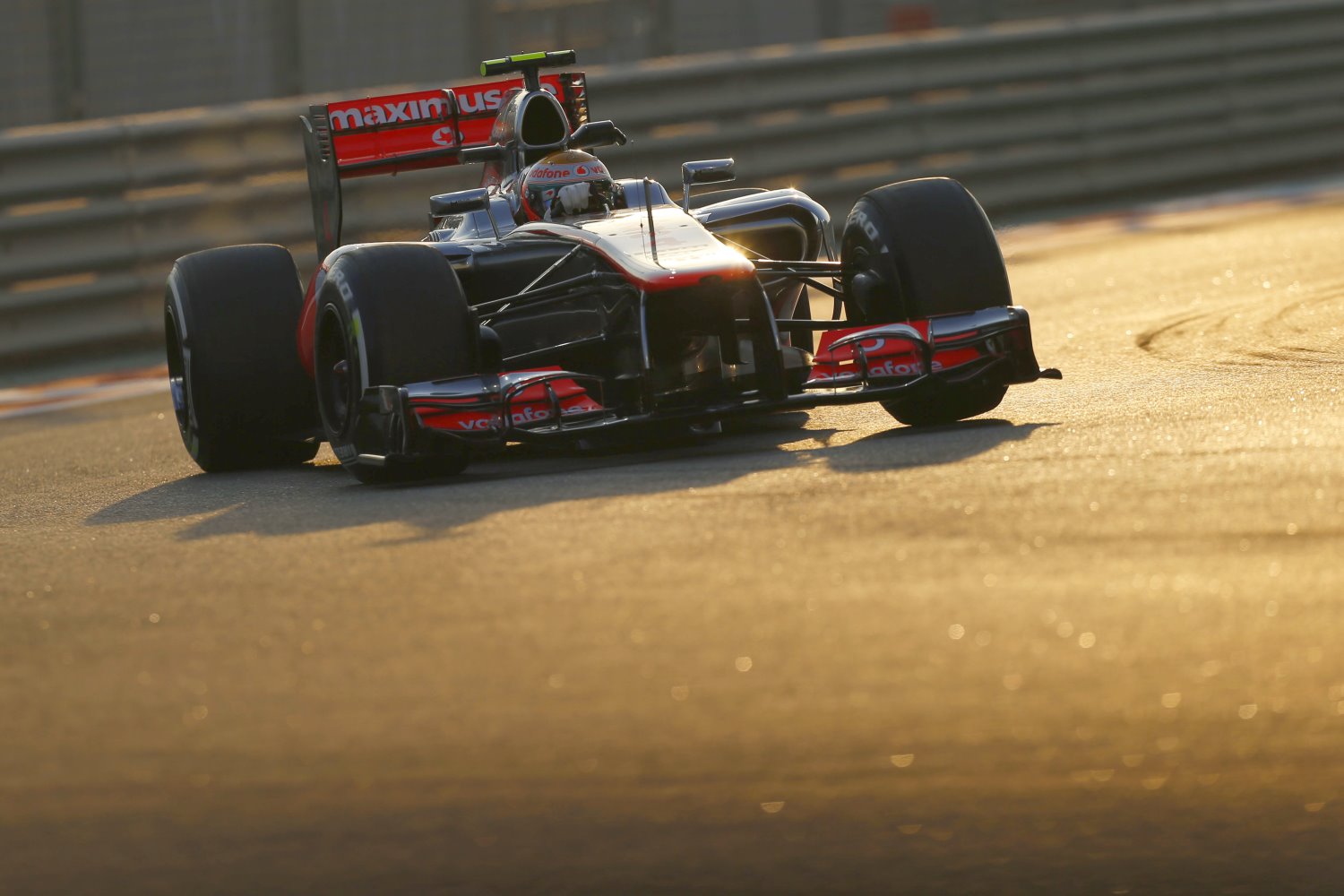 Lewis Hamilton led a McLaren 1-2 in the third and final practice session for Sunday's Abu Dhabi Grand Prix. His teammate Jenson Button was second, but the star of the session was Sebastian Vettel.

Vettel sat in the garage while his mechanics worked on his brakes and it wasn't until the final five minutes of the session that he finally got on track. Despite the handicap Vettel turned the third fastest time of the session less than 1/2 second back of Hamilton.

Mark Webber was 4th with Nico Hulkenberg rounding out the top5.

Vettel’s nearest championship challenger, Fernando Alonso, was back in 8th, his Ferrari still inferior to the Adrian Newey designed Red Bull of Vettel.