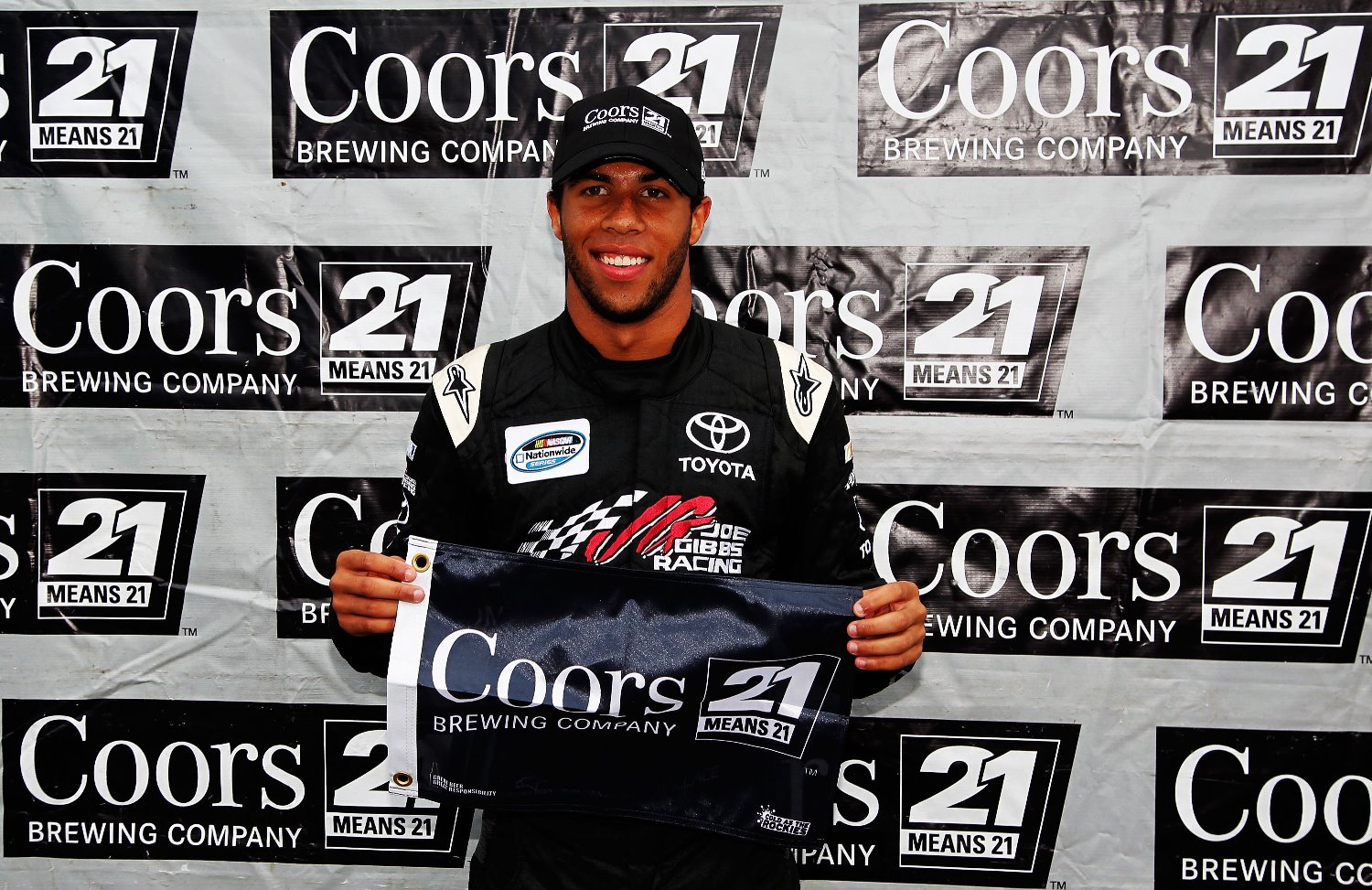 Darrell Wallace Jr., who goes by the nickname, "Bubba," won the pole for Saturday's race at Dover International Speedway, his fourth and final scheduled Nationwide start of the season for Joe Gibbs Racing. It's his second front-row Nationwide start, and he already has a K&N East Series victory at Dover last year.

He has six career K&N East Series wins — and is the youngest series winner and first African-American winner – and has never finished worse than 10th in the highly competitive Nationwide Series. Yet, Wallace does not have a job lined up for the 2013 season.

The 18-year old star graduate of NASCAR's Drive for Diversity program joked often on Friday that he left his donation bucket at home. The serious reality is that without a sponsor, his obvious talent has no outlet. So, if there seems a sense of urgency for Wallace, that's because there is.

"I've got the drive. I want to win every race I'm in, but I know as you move up in the ranks you're going up against the best of the best.''