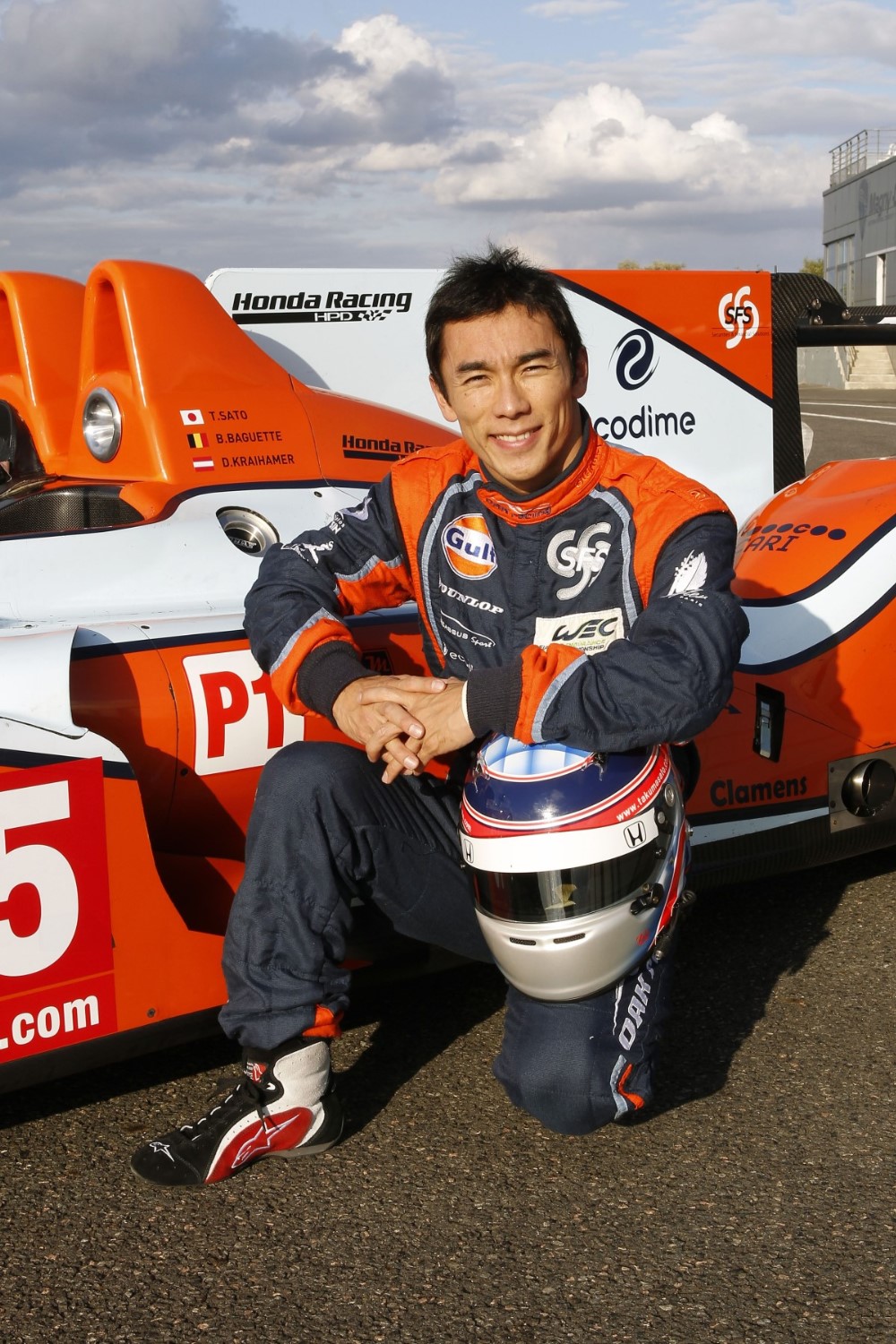 Takuma Sato will make his sports-prototype debut with OAK Racing at the FIA World Endurance Championship rounds in Asia this October when the team returns to the LMP1 class following its switch to Honda Performance Development engines.

Now contesting the IndyCar Series with Rahal Letterman Lanigan Racing, Sato is best known for an F1 career that spanned 92 appearances between 2002 and ’08.

And the 35-year-old Japanese ace has now been lined up to contest the WEC’s final two rounds at Fuji (13/14 October) and Shanghai (27/28) aboard the Onroak Automotive designed and built #15 OAK/Pescarolo LMP1, which is now powered by HPD’s proven AR6-LMV8 powerplant.

The team’s regular LMP1 drivers Bertrand Baguette and Dominik Kraihamer will also return to the car’s cockpit alongside Sato in Asia after completing the British, Brazilian and Bahraini rounds aboard the #35 Morgan 2012 LMP2.

Sato drove the car during a shakedown at Magny-Cours circuit in France yesterday (Thursday) where the new HPD engine and OAK LMP1 chassis were tested together for the first time. A further full day of running is scheduled for Friday when Sato will have more time to familiarize himself with the car.

While the majority of OAK Racing’s staff are currently in the Middle East for this weekend’s Six Hours of Bahrain, the LMP1 team will use their time in France to thoroughly evaluate the new prototype package, which includes an optimized aerodynamic set-up for the long straights at Fuji, before travelling to Japan where a further test session is planned for October 10.

Takuma Sato: “Working with OAK Racing is an opportunity that has really excited and motivated me. I’ve spent my entire career racing single-seaters and obviously the LMP1 feels different to those, but my initial impressions are very good and I am thrilled by this whole new experience. I’ve known Seb [Philippe] for a long time, since he was racing in Japan actually, so it will be great to work with him again and that gives me a lot of confidence in the team.

“Thursday was only a shakedown of the OAK-HPD LMP1 package but everything went to plan. As well as the new engine the team has an updated aero package to evaluate, so there will be plenty of work to get through on Friday and then during testing at Fuji on October 10. I’ve got a lot to learn before the race but I am really looking forward to the weekend and seeing the very enthusiastic Japanese fans. The team will receive a great following there and it will be fantastic to race in front of my home crowd again."

Sebastien Philippe, Team Manager: “I am delighted that Taku will be joining us for the Asian races. We first met in 2000 when we were both F3 drivers for Honda so I have first-hand experience of just how quick and talented he is. On top of that he’s a really nice guy to have around the garage so I have no doubts that he can make a significant contribution to the team and our LMP1 program.

“As for the shakedown, everything has so far run smoothly. The Design Office has worked very hard to adapt the car in preparation for installing the HPD engine. We are all looking forward to seeing the results in Fuji."