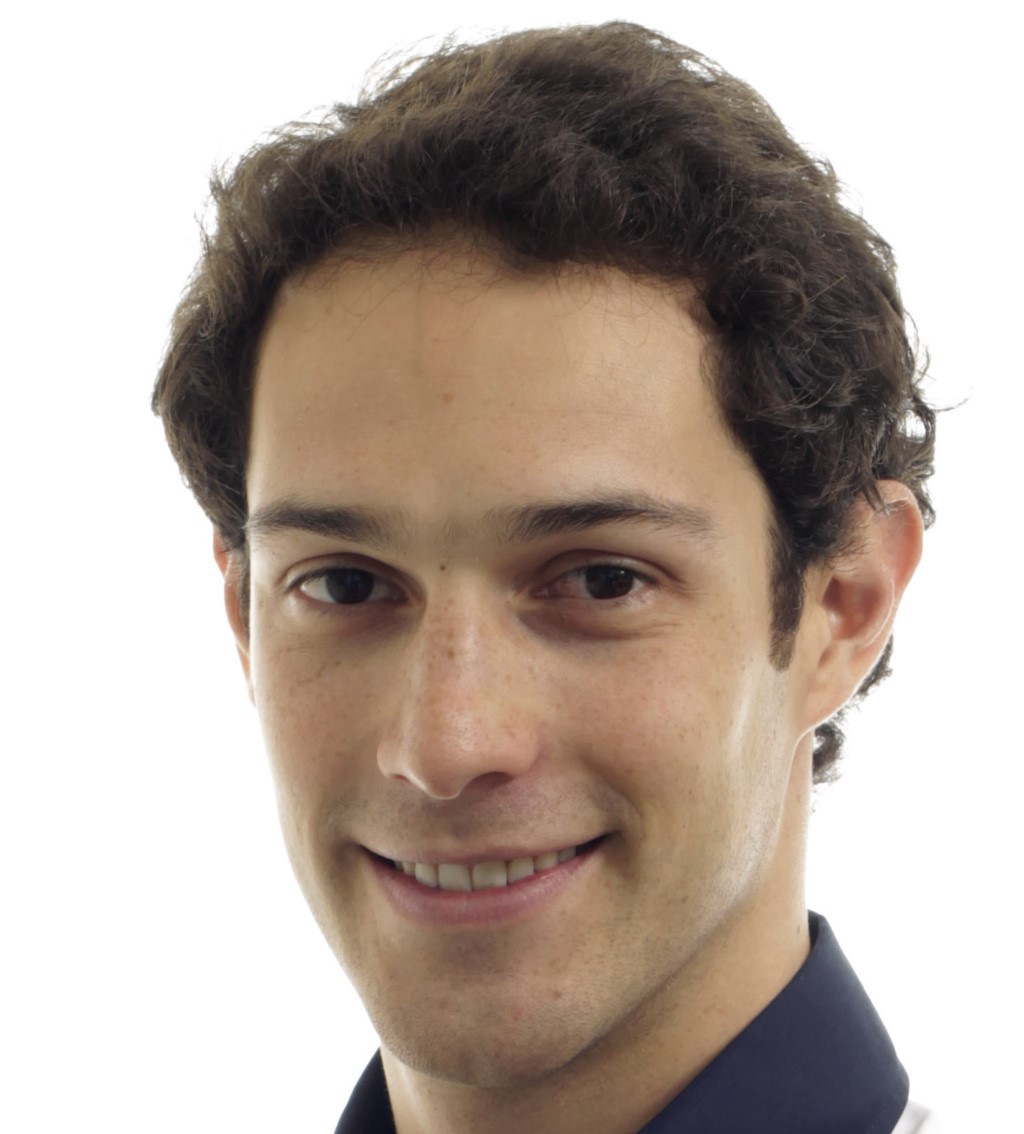 The Brazilian driver retired from the night race on the last lap, several laps after the KERS unit failed in his FW34 car.

In an official race review released on Wednesday, Williams revealed that Senna "had some burn marks on his back after the race" but could not confirm how it happened.

"We have a good idea," said chief engineer Mark Gillan, "but are still investigating just to make sure that we have covered all potential causes."

Schu should have admitted Singapore mistake – Lauda
(GMM) Michael Schumacher should have immediately admitted his mistake after crashing Jean-Eric Vergne out of the recent Singapore grand prix.

That is the view of F1 legend Niki Lauda, commenting on the incident that has cost the seven time world champion ten places on the Suzuka grid and a fresh wave of critical press.

Despite apologizing to Frenchman Vergne, Schumacher said immediately after the incident that he suspected it was caused by a technical problem with his Mercedes.

"What bothers me," Lauda told Osterreich newspaper, "is that Michael didn't say right from the beginning that he was to blame."

The triple world champion said it is obvious Schumacher's car was not the cause.

"If something had been wrong," Lauda told Welt newspaper, "then the FIA would not have punished him.

"I would have preferred if he had admitted his mistake, because mistakes can happen to everybody."

Lauda insisted, however, that it is too simplistic to surmise that, at 43, Schumacher is now too old for F1.

"That is all just stupid speculation by the same people who were saying the opposite after qualifying in Monaco," he said.

"The accident might as well have happened to a twenty year old. It's a cheap shot to say it's about his age."

Lauda therefore concluded that it would be "wrong" to connect Schumacher's latest mistake with the protracted deliberations over the great German's future.

F1 race news: France, Thailand and Australia
(GMM) Despite the French government ruling out financial support, Paul Ricard could still be in the running to revive the country's defunct grand prix.

Le Parisien said the Le Castellet project had already anticipated the government's decision when it framed its EUR 30 million budget.

The report also said a private overseas investor, as well as F1's chief executive and Paul Ricard owner Bernie Ecclestone, could step in.

"We would have appreciated a few words of support and encouragement," Paul Ricard director Stephane Clair is quoted by L'Equipe, "and we are disappointed, but it (the government's decision) was completely expected."

"After the summer break, the F1 teams would be ready to contest three grands prix consecutively — Belgium, France and Italy," he said.

Ecclestone is tipped to present the draft 2013 calendar to the FIA's World Motor Sport Council for approval on Friday.

"I can quite imagine a grand prix de France in 2013," Clair insisted.

RMC Sport said Paul Ricard officials are set to meet with Ecclestone in London this week.

Meanwhile, the Bangkok Post reports that the Kingdom of Thailand has "struck an initial deal" to host a formula one street race in 2014.

"It will be a night race like the Singapore grand prix," said Chulakasem.

In other grand prix host news, the state major events minister Louise Asher has said the Victorian government is "not comfortable" with the current cost of Melbourne's Australian grand prix.

"My aim is to negotiate something that will cost the taxpayer less," she told the Herald Sun.

Kubica's arm injury is long-term – surgeon
(GMM) Robert Kubica's hand surgeon has cast doubt on whether the Pole can ever restore the full use of his right arm.

The former BMW and Renault driver's arm was almost severed in the early-2011 rally crash that ended his promising F1 career.

Kubica has, however, now returned to competitive rally action, and – whilst targeting a full return to formula one in 2014 – has been linked with the Pirelli test seat for next year.

But Igor Rossello, who performed operations on the 27-year-old's damaged arm, told Poland's Super Express: "Unfortunately, not even a good and long rehabilitation will lead to a full restoration of (the mobility of Kubica's) hand."

He said Kubica is currently able to drive a rally car because the driver has much more room to maneuver his right arm with limited mobility.

"At the moment it is difficult to predict if Robert will be able to participate in F1 races," he said.

No F1 floatation in 2012 – Ecclestone
(GMM) F1's stock market floatation will not take place in 2012, Bernie Ecclestone has announced

Earlier this year, the sport was making plans to immediately float on the Singapore exchange.

But F1's chief executive said in May: "The market doesn't look too bright after that little bit of a problem with (the) Facebook (floatation).

"So I think they are going to wait and see."

Ecclestone has now told the Telegraph: "The float won't happen this year, but next year it will if the markets change."

It has emerged that Ecclestone could soon be indicted after former F1 banker Gerhard Gribkowsky testified from behind bars that the 81-year-old Briton mockingly called him a "civil servant" amid the alleged bribery transactions of some years ago.

That would open Ecclestone to the serious charge of having knowingly bribed a public official.

Bild newspaper said prosecutor Thomas Steinkraus-Koch has confronted Ecclestone's lawyers with the outcome of the investigation and is awaiting a response.

Mere 'days' until Massa future decision
(GMM) A decision about Felipe Massa's future at Ferrari could be made within "days".

Reports in recent days have suggested that, despite the waves of speculation earlier this year, the Italian team has in fact decided to keep the Brazilian alongside Fernando Alonso in 2013.

Some of those reports said an announcement could be imminent.

But Ferrari president Luca di Montezemolo said at the Paris motor show on Thursday that the team's decision will take "a few more days".

Brawn admits Mercedes' interest in Hamilton
(GMM) Ross Brawn on Thursday hinted Mercedes is still in the running to poach Lewis Hamilton from McLaren for 2013.

"I think any ambitious team looks at the top drivers and we're an ambitious team. But I think there's an awful lot of speculation."

Much of that speculation is about whether Hamilton joining Nico Rosberg at Mercedes would push the great Michael Schumacher back into retirement.

Brawn, who is very close to the seven time world champion after all their past successes at Benetton and Ferrari, admitted it is proving a "difficult decision".

"Obviously he's very involved in that decision, and discussions are ongoing at the moment," said the Briton.

"Michael has been a huge asset to the team, he's really taken us forward. I do think Michael contributes an awful lot," added Brawn.

Senna 'fine' after Singapore back burns
(GMM) Bruno Senna on Thursday declared himself fully fit, a day after media reports revealed the Brazilian suffered burns to his back in Singapore last weekend.

News of the burns followed his retirement on the last lap of the arduous city night race, shortly after the KERS unit in his Williams car failed.

But the British team on Thursday exonerated KERS, explaining that in fact a wiring loom seal came loose, allowing heat to escape from the rear of the car.

"The burns on my back weren't serious and are pretty much healed," Senna said on Twitter. "Today I'm at Williams for some simulator work."

A Williams spokesperson added: "Bruno is here with us today and I can confirm he is 100 per cent fine".