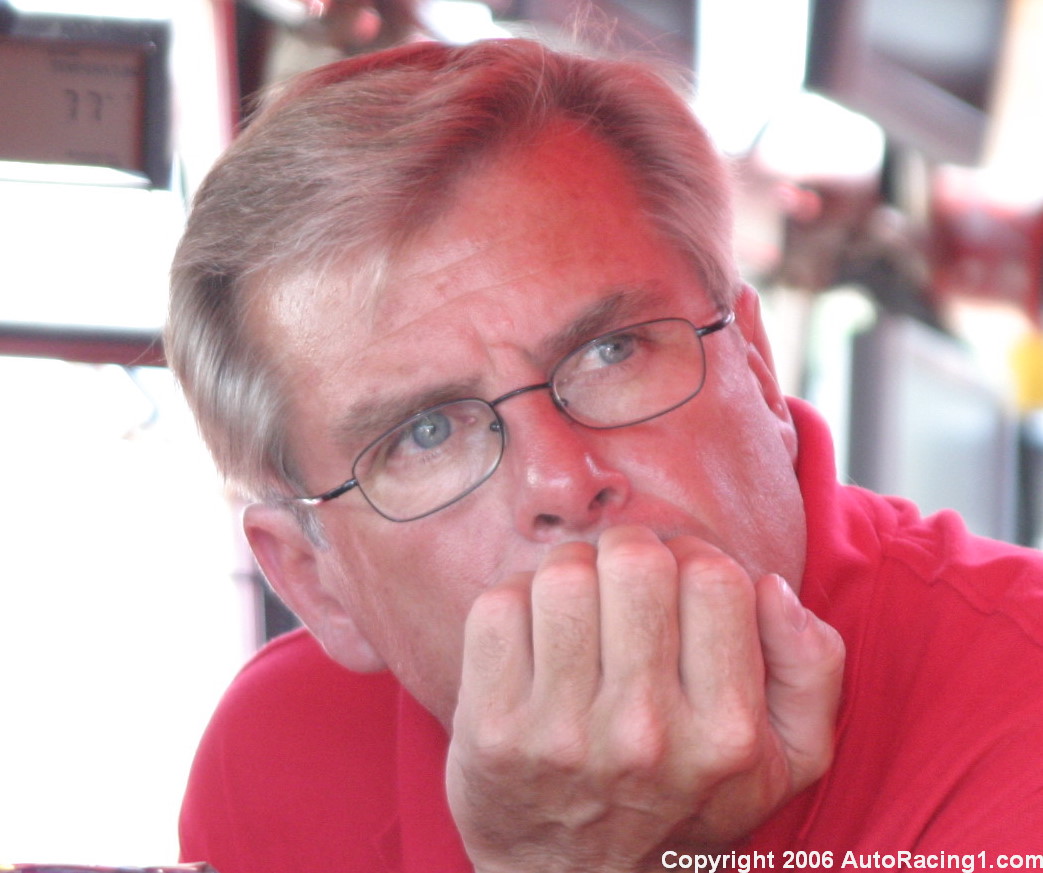 Johnson, one of the most experienced and respected motorsports executives, assumed the general manager position six races into the 2006 season. He went on to lead the team for the next seven seasons. Johnson’s leadership skills were never more evident than in 2008, when he oversaw the integration of KVRT from the Champ Car World Series into the IZOD IndyCar Series following unification. Under Johnson’s guidance, KVRT was the highest ranked team to make the transition and the only transition team to finish in the top-10 in the standings. Over the next five years, KVRT became one of the top-teams in the series, winning poles and competing for podium finishes, year in and year out. Among the KVRT drivers benefiting from Johnson’s vast experience are: Tony Kanaan, Will Power, Oriol Servia, Rubens Barrichello, E. J. Viso, Townsend Bell, Takuma Sato, Mario Moraes and Tomas Scheckter, to name a few.

“Having resigned my position as General Manager of KV Racing, I would like to take this opportunity to thank all of our team members, valued team partners and especially Kevin Kalkhoven and Jimmy Vasser, for the opportunity to work with this team for the past seven seasons," Johnson said. “What originally started as a two to three year endeavor, morphed into seven years before we knew it. Jimmy and I worked day to day, shoulder to shoulder, at and away from the racetrack. We formed a tremendous business relationship and an even stronger friendship. That is why, the seven years, feels like only three. Jimmy and I, with the help of so many dedicated individuals, accomplished goals I would have never thought possible. Because these individuals feel like family, it makes this decision that much more difficult."

Johnson went on to say, “A lot has transpired since I joined the team in 2006. I am very happy to have been given the opportunity to contribute to so many of the different projects, both in growing the team and in series initiatives. It has been a privilege to work with some of the most successful and brightest minds in motor sports today."

"At this point in my career, it is time for a reassessment on many levels. My life and my family's have always been and will continue to be in the motorsports industry. However, it is time for us to define new goals and how we would like to move forward in the sport. This is the opportune time of the season to make this change, since it will allow adequate time for KVRT to reposition themselves for 2013 and allow me to investigate my next challenge in motorsports."

Kalkhoven said, “I want to thank Mark Johnson for the service and effort he put forth during his seven years with the team. This was a very difficult, but exciting period in open-wheel racing and Mark did a great job of helping guide us through the process. I wish Mark and his family all the best in the future and once again want to thank him for all his leadership over the last seven years."

Vasser said, “First, I have to thank Mark. When he joined the team, we set out on a quest to make KVRT one of the most respected and competitive teams in the series, which I think we achieved. There were a lot of forks in the road, series mergers, driver changes, new equipment and new rules, just to mention a few. Throughout it all, Mark was a guiding force. You just don’t replace the leadership and experience of Mark Johnson. I wish him well in his next endeavor and I am sure that he will have the same profound effect that he had with KVRT on the people he works with in the future. He is and always will be a great friend."

A native of Kansas City, Missouri, Johnson began his racing career in the 1970s as a championship motorcycle racer, but his career was cut short by a serious accident. Johnson’s on-track misfortune became a huge benefit for racing organizations, in both two-wheel and four-wheel competition, as the veteran motorsports administrator has led teams to numerous wins and several series championships.

Johnson’s off-track racing career began in 1979 with Kawasaki Motors Corporation and later became the senior manager for Kawasaki’s dominating Team Green racing program. Under his supervision, Team Green was one of the most successful motorcycle racing programs in history. During his Kawasaki career (1979 to 1996), Johnson worked closely with champion riders such as Ricky Carmichael, Eddie Lawson, Jeremy McGrath, Wayne Rainey, Larry Roeseler, James Stewart and Jeff Ward. He led Kawasaki to championships in AMA Supercross, Motocross and Road Racing, Mickey Thompson Off Road Shows and the SCORE Off Road Championships, including eight consecutive BAJA 1000 overall victories.

In 1996, Johnson made the move to car racing serving as general manager of Precision Preparation, Inc. (PPI Motorsports). At PPI, he was responsible for coordinating multiple motorsports programs including the Arciero-Wells CART team, the MCI Toyota Off-Road Team, and the MCI Toyota Atlantic Team. Johnson was promoted to Vice President of Operations and General Manager in 1998 assuming the additional responsibilities of overseeing the formation of PPI’s NASCAR “Tide" Winston Cup and “McDonalds" BUSCH series operations. During his tenure, Johnson oversaw Ivan Stewart’s victories at both the Baja 500 and 1000 off-road races in a Toyota SCORE Trophy-Truck in 1998 and Toyota’s first CART win when Cristiana da Matta took the checkered at Chicago Motor Speedway in 2000.

Johnson joined Team Rahal (Rahal/Letterman Racing) as director of operations in 2001 where he coordinated all aspects of the team’s technical race operations for the Miller Lite, Shell Oil and Gigante sponsored Champ Car operations. The team won six races and finished second in the championship. In 2002, his responsibilities were expanded with the addition of an Indy Racing League entry for a limited schedule, including the Indianapolis 500. It was at Team Rahal where Johnson first worked with KV Racing Technology co-owner Jimmy Vasser, who was driving for the team.

Johnson returned to Kawasaki Motors Corporation USA in 2003 as manager of professional motocross racing for the Team Chevy Trucks Kawasaki. He was charged with overseeing the 18-man racing team that included young phenom rider James Stewart. Johnson was also responsible for implementing and overseeing the Mitch Payton led Monster-Pro Circuit racing team, which has become the most successful Supercross/Motocross team in history.

In 2005, Johnson was named managing director for Team Motosport, a Honda factory satellite team competing in the AMA Pro Motocross and Supercross series. The organization scored the highest finish for any privateer in 2006, placing fifth in Supercross. Team Motosport was named “Team of the Year."

Johnson and his wife, Becky, have two daughters, Jessica and Shea.