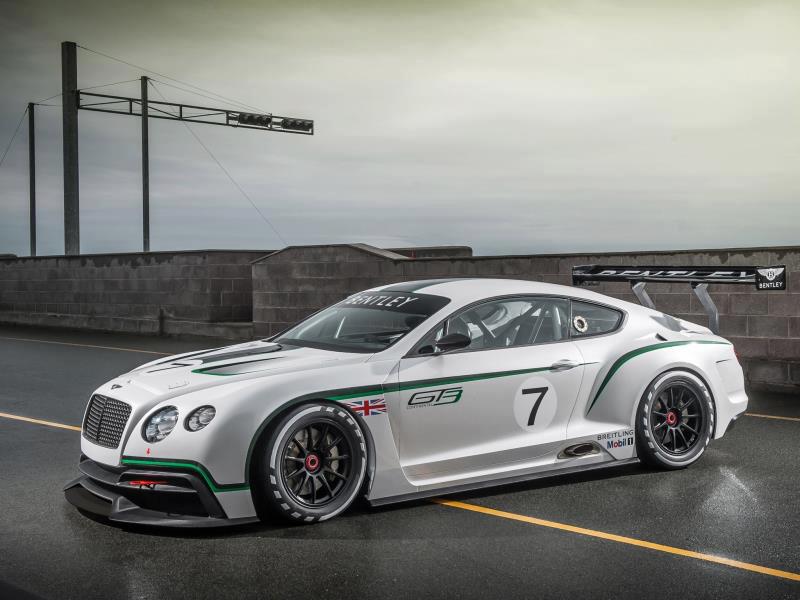 With the Paris Motor Show just around the corner, more and more new models break cover early and show us their faces. Some of them come as a surprise to be honest. For example we never thought we’d see a racing version of the fat and heavy Bentley Continental GT, but here it is! Please welcome the Bentley Continental GT3.

Even though the idea of a racing Continental GT sounds like putting a big cow in a track suit, but we have to say, it looks really cool with those fancy racing bumpers and wide fenders and big wing. The word is the Continental GT3 is not just a show car. Bentley is actually planning on getting back to the world of motorsport, and endurance racing – and at the top of the list Le Mans 24 hours – sounds like a viable option.

Details of the Continental GT3 are yet to be revealed, but chances are the car is powered by the new V8 engine. The W12 is a bit too big and too powerful for GT3 regulations.