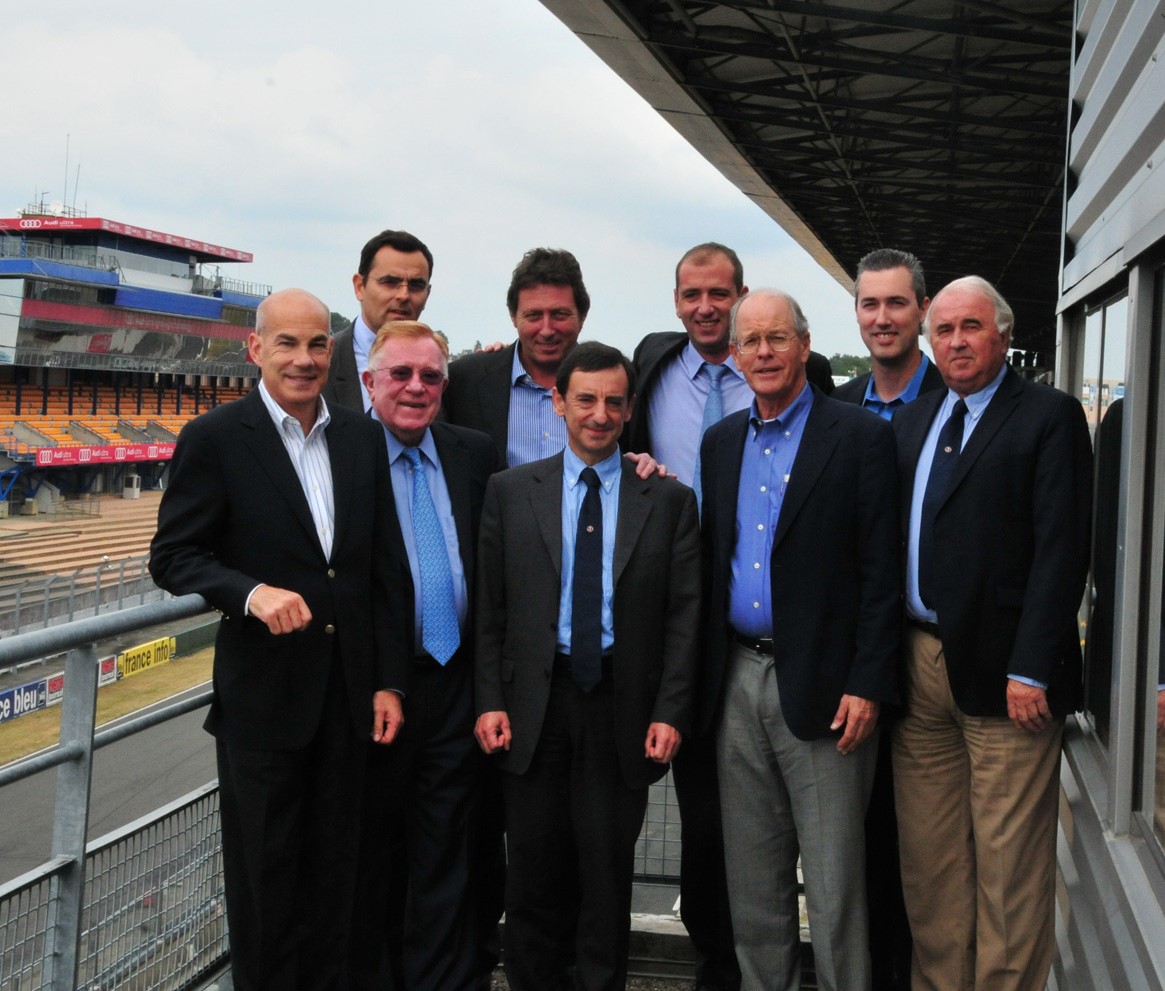 ACO President Pierre Fillon welcomed Board Chairman Jim France, Vice Chairman Don Panoz and their respective leadership teams for meetings to address the future of endurance racing. In particular, France, Panoz and their staffs shared perspectives on the combined ALMS/GRAND-AM series, the WEC, the 24 Hours of Le Mans, and the various technical aspects that will define the unified series’ debut in 2014.

“Last weekend gave the management team of our newly formed company an opportunity to enjoy face-to-face conversations with leaders from the ACO and WEC," said ALMS President and CEO Scott Atherton.

“We were eager to introduce Jim France and (GRAND-AM President and CEO) Ed Bennett to Le Mans, and the warm reception and hospitality provided by the ACO provided a positive and productive first impression. The meeting also served to establish a dialogue regarding a number of things on the horizon for the ALMS and GRAND-AM for the remainder of this year and next, and a look ahead expectantly to our unified series in 2014. The ACO and WEC provided us with overviews and perspectives on our current relationship and their priorities for the future. We concluded with a joint discussion of the opportunities for future collaboration. For a first meeting, it couldn’t have gone better."

The unified series leadership and those of the ACO and the WEC will convene additional meetings to continue the development of their strong partnership and its impact on premium sports car endurance racing in North America and abroad. The next meeting will be in the United States in the near future.