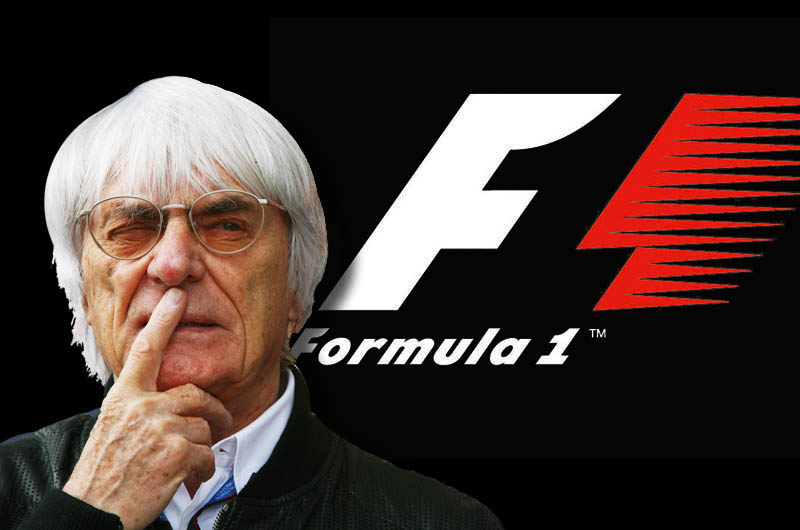 Nurburgring not on 2013 calendar yet – Ecclestone
(GMM) Bernie Ecclestone has revealed the Nurburgring is unlikely to host the German grand prix next year.

The circuit was listed on the leaked provisional calendar that was doing the rounds in the Singapore paddock last weekend, but the Nurburgring's precarious financial situation has also been well documented.

F1 chief executive Ecclestone confirmed: "We are just looking at Hockenheim every year.

"We have got no contract with the Nurburgring but we are talking. It would be like starting from scratch," he told the Financial Times Deutschland.

A Nurburgring spokesman confirmed the talks with Ecclestone and said officials are "in good spirits".

But, just two days before the FIA needs to ratify a 2013 calendar at the World Motor Sport Council, it is surprising the Nurburging officials are so bullish.

"If it is not supported by the region it is going to be difficult at the minute," said Ecclestone.

"We are pretty close to the final deadline," he added.

The sport's chief executive revealed he was impressed by the "hype" generated by London's Olympic Games recently.

"I will never again watch the pole vault and the long jump and all that but because it was the Olympics I watched it. It's hype," he told the Financial Times Deutschland.

"Formula one doesn't have the hype."

So the 81-year-old Briton revealed that his idea is to designate "five one-off races", a bit like "the grand slam in tennis".

"Maybe if we only had a race every four years it would be the same sort of hype (as the Olympics)," said Ecclestone.

Whiting gives Austin track green light for US GP
(GMM) Charlie Whiting has given Austin's new Circuit of the Americas the green light to host its inaugural US grand prix in November.

We reported on Tuesday that F1's highest-ranking FIA official was at the brand new venue for an inspection.

"Everything I've seen has been absolutely first class," Whiting is quoted by the Austin American Statesman newspaper. "Progress since last time I was here has been amazing."

Asked how the F1 world will react to the venue, he said: "I think they'll all be really stunned."

Walking the entire layout on Tuesday, it was Whiting's third inspection of the Austin venue, with the last to take place on the Monday before the race.

"It's not supposed to be totally ready now," he explained, "but we can see quite clearly that it will be (ready) without any problem at all."

He said the best feature of the layout is turn 1; a sharp corner after a steep climb.

"Awesome is the only word I can find to describe it. Drivers and teams alike coming here for the first time are saying the same thing," said Whiting.

Lauda denies Mercedes job offer
(GMM) Niki Lauda has denied reports he is lining up a job at Mercedes.

The Telegraph reported this week that the triple world champion and German-language broadcaster is working with Mercedes to convince Lewis Hamilton to leave McLaren.

Lauda, 63, has also reportedly worked with the Stuttgart carmaker recently as an intermediary over Mercedes' Concorde Agreement negotiations with Bernie Ecclestone.

But the great Austrian told the Salzburger Nachrichten newspaper: "No one has spoken to me or offered me such a job. So it's groundless."

Ferrari still in 'no hurry' over Massa decision
(GMM) Amid rumors Felipe Massa is close to securing a new contract for 2013, team boss Stefano Domenicali insists Ferrari is in "no hurry" to make a decision.

"At this point I have nothing to add," he is quoted by Spain's AS sports newspaper.

The publications Blick (Switzerland) and Auto Motor und Sport (Germany) have reported that a new deal for Massa is imminent, while the 31-year-old told Brazil's 'Lance!' that he thinks he is "very close" to securing a 2013 contract.

"We have no hurry to make our decisions," Domenicali insisted.

"If Felipe keeps up the good performances he has done in the last few races it will be good for the team to fight for the constructors' title, and good for him as well.

"And at the proper time, we will take the decision.

"I know there's a lot of pressure from the outside, but we are going to talk with Felipe at the right time, taking into account all the parameters," added Domenicali.

Meanwhile, when asked if he could only choose between world champions Lewis Hamilton or Sebastian Vettel as a future Ferrari driver, Domenicali answered simply: "Vettel."

By improving its contractual offer for 2013 and beyond, the British team has reportedly pulled Hamilton from the brink of switching to Mercedes.

Asked by Finland's Turun Sanomat about what has become known in the paddock as the 'Hamilton saga', team boss Whitmarsh answered: "I believe that we will continue together.

"He does a great job. We just have to sort everything out."

Some British reports have indicated the announcement of a new deal could happen within days.

Whitmarsh smiled: "But what will they all write about then?"

According to Speed Week, the Spanish team intended the 24-year-old to drive Narain Karthikeyan's car during Friday morning practice at Suzuka next week.

But he is apparently having trouble securing a visa for entry to Japan.

China and Japan – Asia's two biggest economies – are locked in an escalating row over the disputed Diaoyu islands in the East China Sea.

Gov't not willing to support French GP return
(GMM) France's hopes of returning to the F1 calendar have taken a knock.

Recently, it emerged that Paul Ricard and Magny Cours had submitted formal proposals as the motor racing federation FFSA pushes to organize the first French grand prix since 2008.

But France's sports minister Valerie Fourneyron dealt a blow to the plans this week, when she ruled out government financial support or guarantees for the race.

"The minister reminded that it is not the task of the state to organize a formula one grand prix," confirmed the sports ministry.

FFSA president Nicolas Deschaux said he "regrets" the government's position, "especially given the support provided by the state to other sporting events".

"I think the fight is not over," former French grand prix driver Patrick Tambay told RMC Sport. "There may be solutions from the private side."

France was missing from the draft 2013 calendar that emerged in the paddock of the recent Singapore grand prix.

The FIA's World Council will meet to ratify the schedule on Friday.

"I still believe," Tambay continued. "If a sponsor provides the guarantees, Ecclestone will sign, and the federation will be obliged to follow to the extent that the specifications are met."

In 2007, the pair clashed spectacularly as McLaren teammates, but since Red Bull's Vettel took his dominant grip, Ferrari's Alonso and McLaren's Hamilton are now 'friends', regularly praising one another and embracing in parc ferme.

According to Red Bull's Dr Helmut Marko, the friendship is all about knocking German Vettel off his dominant perch.

Asked by Frankfurter Allgemeine Zeitung newspaper if Austrian Marko is expecting Ferrari-McLaren 'mind games' in the dash to the 2012 finale, he admitted: "Yeah, sure.

"It is going to be intense."

He admitted it is "interesting", that McLaren and Ferrari, "who were enemies for decades, now suddenly are friends".

'Double DRS' has slowed Lotus' development – Salo
(GMM) Lotus may have ploughed too much effort into its 'double DRS' system.

That is the claim of former Finnish F1 driver Mika Salo, who is worried his countryman Kimi Raikkonen could lose his shot at the 2012 title.

Usually a front-runner this season and still in the hunt for the title, Raikkonen qualified a poor twelfth in Singapore before battling up to sixth at the finish.

Lotus has been pushing hard to ready its straight-line speed-boosting 'double DRS' concept, which could finally make its grand prix debut at Suzuka next weekend.

"If the developments do not work in Japan, they will fall out of the championship battle," former Sauber and Toyota driver Salo told the Finnish broadcaster MTV3.

"I think it's likely that they have focused so much on the double DRS that many other things have been missed, and it has slowed down the development of the car overall," he said.

Senna suffered burns in Singapore GP
Bruno Senna was burned inside his Williams during the Singapore Grand Prix on Sunday. The Brazilian retired from tenth position in the closing stages of the race and the precise cause of the problem is still being investigated.

“It was an extremely frustrating weekend," admits Mark Gillan, Williams’ Chief Operations Engineer. “It was what I would call a character-building weekend, with the high expectations following a front row qualification and fast race pace ultimately dashed due to a double DNF and a risked strategy call."

Williams will soon confirm the precise problems for both cars, including that which left Senna with burns as he made his way back to the paddock on foot.

“We have a good idea but are still investigating just to make sure that we have covered all potential causes," Gillan concluded.

With six races to go in 2012, Oxfordshire-based Williams remains eighth in the Constructors’ Championship but has now fallen to 21 points behind Force India.