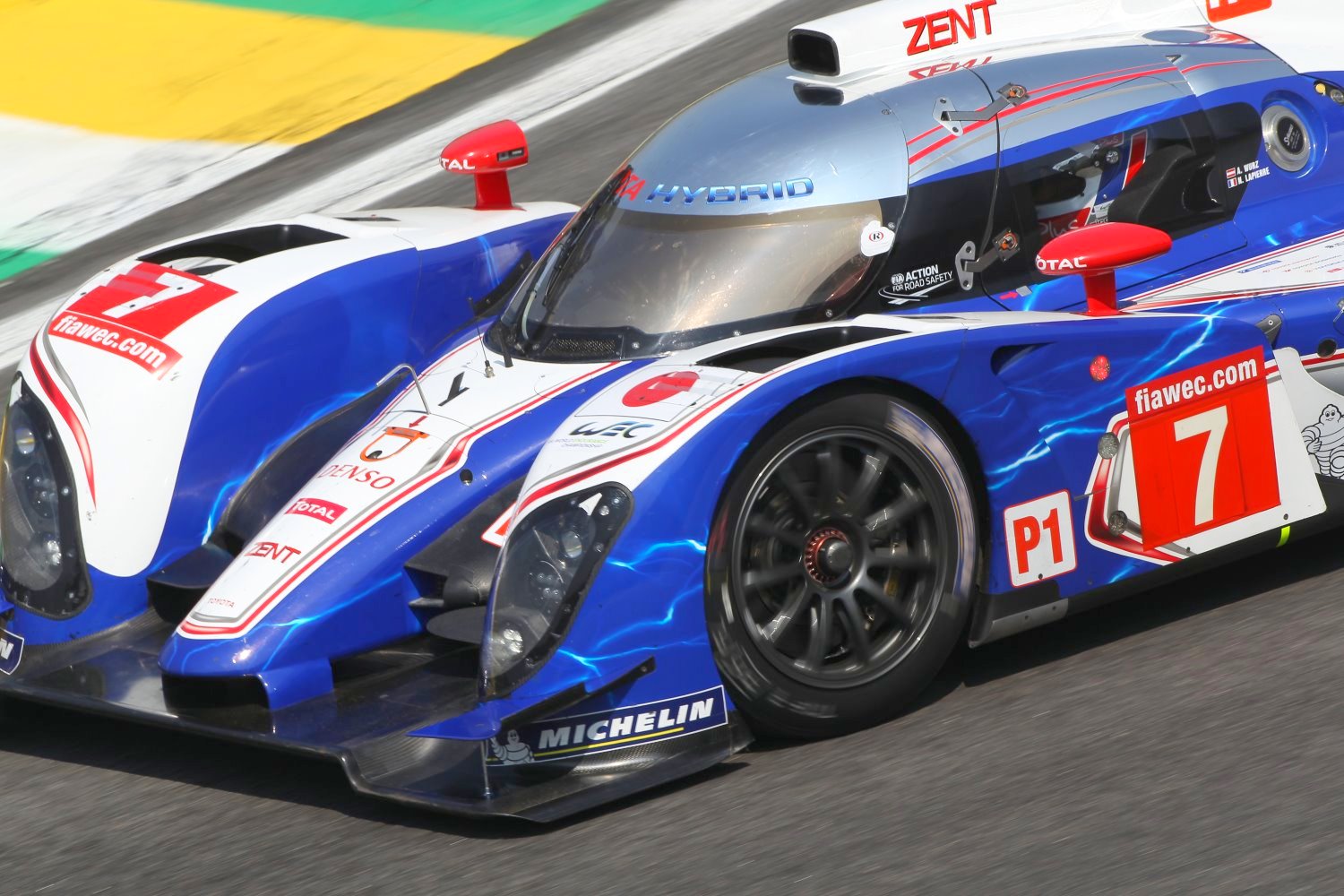 TOYOTA Racing follows up its dominant victory in Brazil with a visit to the Persian Gulf for the Six Hours of Bahrain, the sixth round of the FIA World Endurance Championship.

Earlier this month, Alex Wurz and Nicolas Lapierre won from pole position at Interlagos in just the third race for the TS030 HYBRID. The #7 car was transported to Bahrain directly after the Sao Paulo race.

With Kazuki Nakajima on Super GT duty in Japan this weekend, Alex and Nico again share the #7 car in the desert heat of Bahrain, on a track familiar to both drivers and the TOYOTA Racing team.

The event marks the first time LMP1 cars have competed at the Bahrain International Circuit, the 5.412km track south of the capital Manama which was completed in 2004.

Following the impressive demonstration of its performance in Sao Paulo, the TOYOTA HYBRID System – Racing will have seven designated hybrid braking zones in Bahrain where energy can be recovered for a 300hp power boost later.

Yoshiaki Kinoshita, Team President: “With just two weeks between Brazil and Bahrain we didn’t have a lot of time to celebrate the first victory of TOYOTA Racing, but we certainly enjoyed the winning feeling. Now we are totally focused on Bahrain and motivated to experience this feeling again very soon; of course we hope that will be this weekend. Obviously winning was an emotional moment but it was also extremely satisfying to again experience a trouble-free weekend, as well as demonstrating improved fuel consumption and faster pit stops. We must again work hard and optimize every aspect of our operations to again take the fight to Audi."

Alex Wurz: “I can’t wait to get behind the wheel of the TS030 HYBRID again after our victory in Brazil. That was such a special weekend for the whole team but the season continues and we have another challenge ahead of us in Bahrain. I know the track well from my Formula 1 days, and recently from testing LMP1 cars there. The weather looks like it will be really hot this weekend, up to 40Â°C, so that will be a new challenge for us but I am confident we are ready. In Sao Paulo we showed good improvement in several areas but we cannot take it easy now; we must continue to push to once again fight for the top step of the podium."

Nicolas Lapierre: “We have a very quick turnaround after Sao Paulo so it has been quite a hectic few days for me and the team. I visited TMG last week to meet the team and celebrate our victory together; it was really motivating to see how important this was for everyone. I’m looking forward to our next race and I have a good record there. I actually won last time I raced in Bahrain, in GP2 in 2007, so I have happy memories. We showed in Brazil that the TS030 HYBRID is extremely competitive. Now we go to Bahrain with confidence, but our competition is very strong and it will be another tough battle."