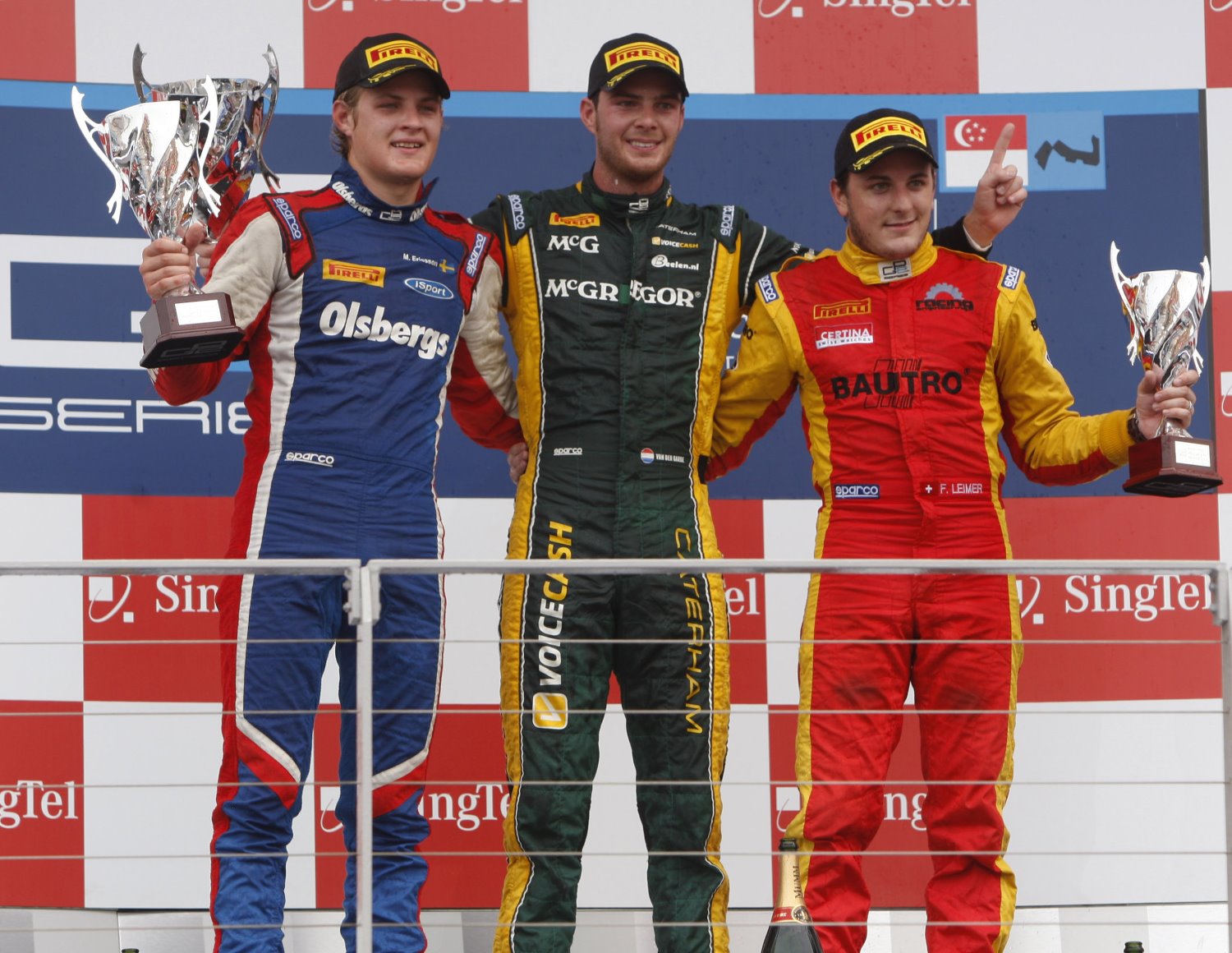 Giedo van der Garde gave his rivals a racing masterclass with a dominant win from lights to flag in this afternoon's sprint race in Singapore, easily leading home Marcus Ericsson and Fabio Leimer in the last race of the 2012 season.

The Dutchman's victory was set up when the lights went out: a good start from pole was enough to hold fellow front row starter Ericsson and a hard charging Luiz Razia, while a poor start by Felipe Nasr was enough to hold up 2012 champion Davide Valsecchi momentarily and allow Leimer to sneak past into P4 at the first corner.

Van der Garde and Ericsson ran like a train, leaving their rivals well behind, with Stefano Coletti the only other driver on their pace as he scythed through the field and up into the points by lap 4, while in front of him Valsecchi and Esteban Gutierrez were battling fiercely over fifth place and a win in the teams' championship.

A final safety car period was brought into being when Rene Binder tagged the inside curb and spun to a halt in the middle of the final corner, bunching the field up once again, but a restart a few laps later was easily controlled by van der Garde, who continued his march ever onwards.

Leimer, however, was showing the determination he has become known for this year and hounded the new vice champion at every turn, filling Razia's mirrors with red and yellow every time he looked: the Brazilian held on until the final lap, when Leimer got his nose inside at turn 16 and had a clear run to the next corner.

When the clock ran down it was van der Garde who was greeted by the checkered flag 1.7 seconds ahead of Ericsson, while Leimer punched the air with joy for third. Razia was a disappointed man in fourth, just unable to add a tenth podium to his total for the season, while Valsecchi held on against Gutierrez for fifth and Nasr making amends for his poor start by stealing seventh from Coletti late in the race.

With the 2012 GP2 season now completed, Davide Valsecchi is the new champion ahead of Luiz Razia and Esteban Gutierrez, while DAMS managed a clean sweep by taking the teams' championship from Lotus GP and Arden.