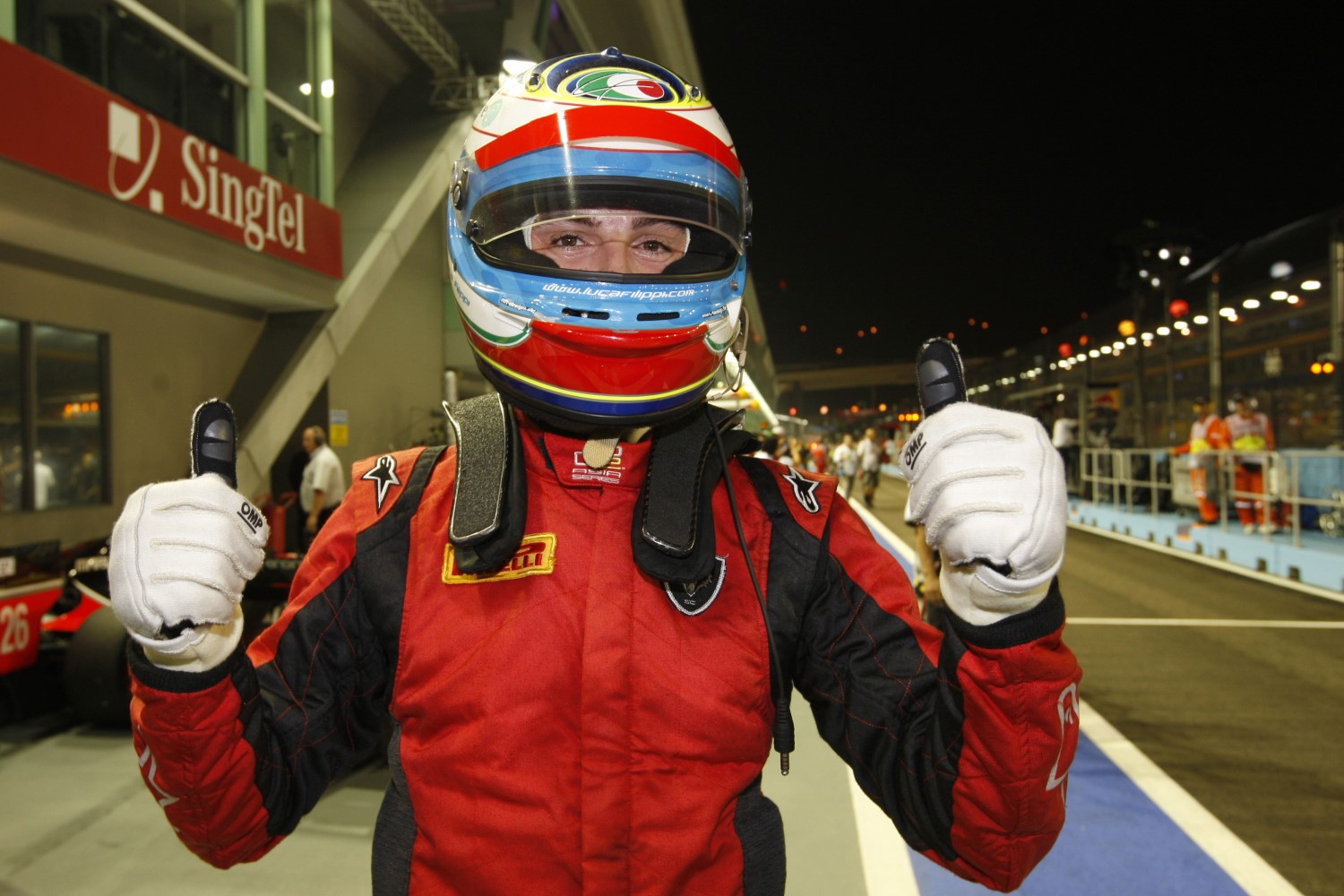 Luca Filippi lit up the Singapore circuit with his run to pole in this evening's qualifying session in Singapore, claiming the top spot in the Series' first ever night run in a red flag shortened session ahead of Max Chilton and Esteban Gutierrez.

The Italian took the top spot with two minutes remaining with a time of 1:59.444, claiming pole by less than a tenth mere seconds before Nigel Melker hit the barriers underneath the main grandstand and brought the session to an early close.

With the track now dry thanks to the warm temperatures and the first F1 practice session, conditions were ideal for a scorching battle under the spotlights: the Lotus pair James Calado and Gutiérrez set the early running, along with Felipe Nasr, but when Series leader Davide Valsecchi took the top spot eight minutes in it looked as though he had taken another step towards the title.

However, with most of his competitors in for fresh tires, Jolyon Palmer had other thoughts and stole provisional pole from the Italian, prompting a rethink up and down the pitlane. As the clock ticked down most of the field were improving, with Chilton, Filippi and Gutiérrez all jumping Valsecchi on the timesheets, and many more looking to move up with them.

Unfortunately for them, Melker's crash came with so little time remaining that no one would have been able to run another lap, and the session was brought to an early end. Behind the top three Palmer, Fabio Leimer, Valsecchi, Johnny Cecotto, Stefano Coletti, Luiz Razia and Sergio Canamasas will instead have to channel that frustration into tomorrow's feature race.