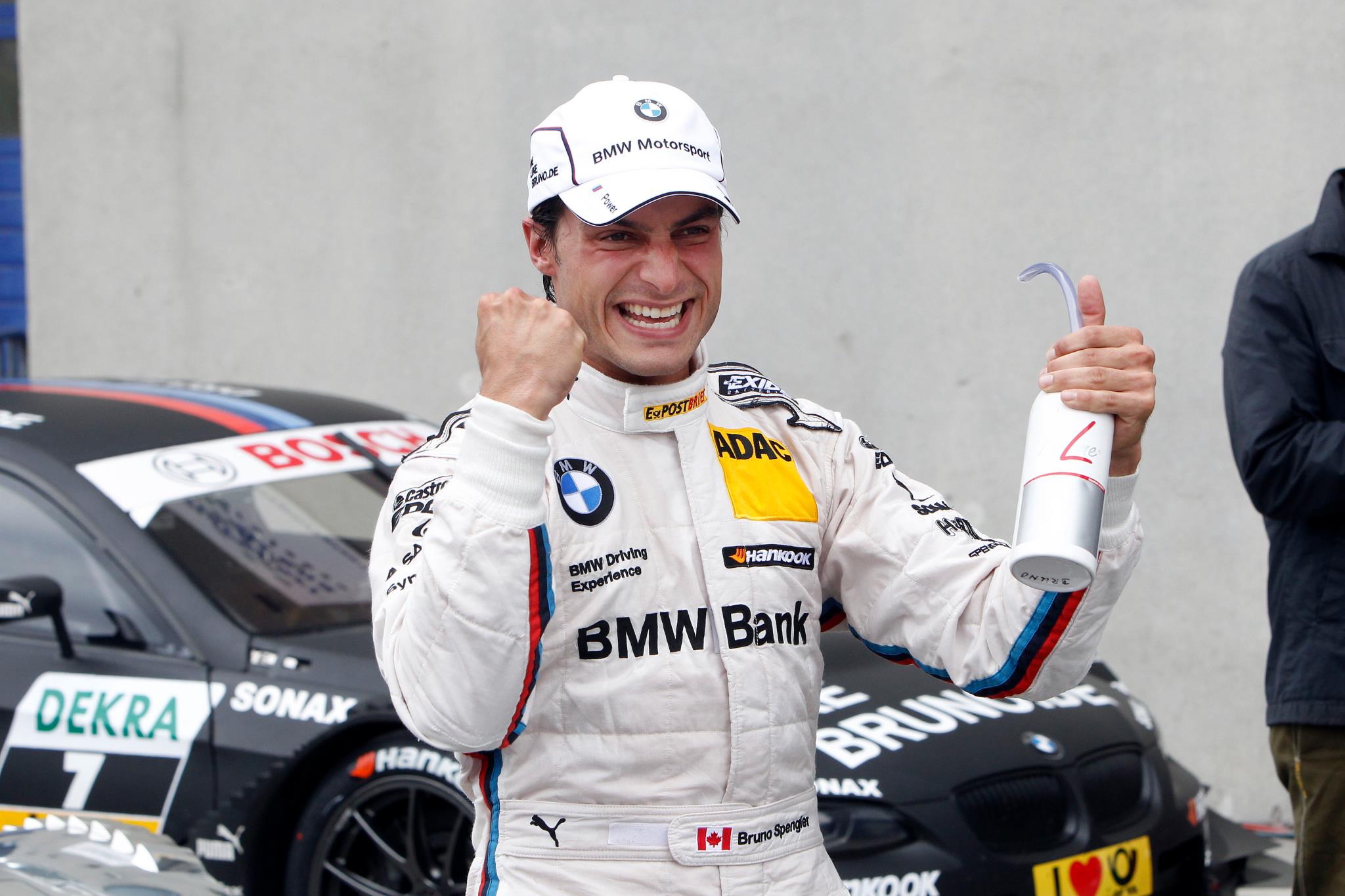 The battle for the DTM title couldn’t have been more exciting: in qualifying for the third-last round of the season, BMW driver Bruno Spengler proved to have the strongest nerves and claimed pole position. The Canadian, third in the drivers’ standings, completed the lap of the 3.696 kilometers long track in 1:20.916 minutes. Thus, Spengler is up front of the starting grid for the third time this season and for the 14th time in his DTM career.

“Being on pole again is a great feeling. Today, it was close and tough, but the car was just excellent. Tomorrow, I will give everything to win the race," the 29-year old said.

Points’ leader Gary Paffett (Mercedes-Benz) will start the 51 lap race from second place. He was 0.086 seconds down on Spengler. The Brit said: “Qualifying was good. I didn’t have any problems. We were in with a chance of pole, but second place is okay. I have a good car for the race and I am feeling very well."

Paffett’s fellow Mercedes-Benz driver Jamie Green from Great Britain, second in the battle for the title, was third-fastest. Fourth-placed Dirk Werner was happy with his second-best qualifying result of this year. The driver from Hanover had started third into the season opener at Hockenheim.

Audi couldn’t repeat its impressive qualifying result from the previous round at Zandvoort, where the brand from Ingolstadt had locked out first to fifth place. In the Magdeburg region on Saturday, Swede Mattias EkstrÃ¶m was the best-placed Audi driver in fifth position.

“I am happy with my effort, I didn’t make any mistakes. Fifth place is okay, but the gap is a little bit too big. I didn’t take it that easy to lose three tenths of a second," the 2004 and 2007 DTM champion said. Although Martin Tomczyk (BMW) was classified sixth in qualifying, he will be starting from eleventh place into the race. Following a collision with Paffett at Zandvoort, the German was given a five-place grid penalty.

Thus, EkstrÃ¶m’s fellow Audi drivers Edoardo Mortara from Italy, Mike Rockenfeller from Germany and Spaniard Miguel Molina will be placed sixth to eighth on the starting grid. For Mortara, it was a setback. After his victory at Zandvoort, the 25-year old had moved up into fourth place in the drivers’ standings. Brazilian Augusto Farfus will be starting ninth with his BMW M3 DTM, Ralf Schumacher (Mercedes-Benz) starts in tenth place.

After qualifying, Timo Scheider (Audi) and Christian Vietoris (Mercedes-Benz) were disappointed. For both, qualifying was over after the second of the four heats and they will be starting from the eighth row in 15th and 16th place.