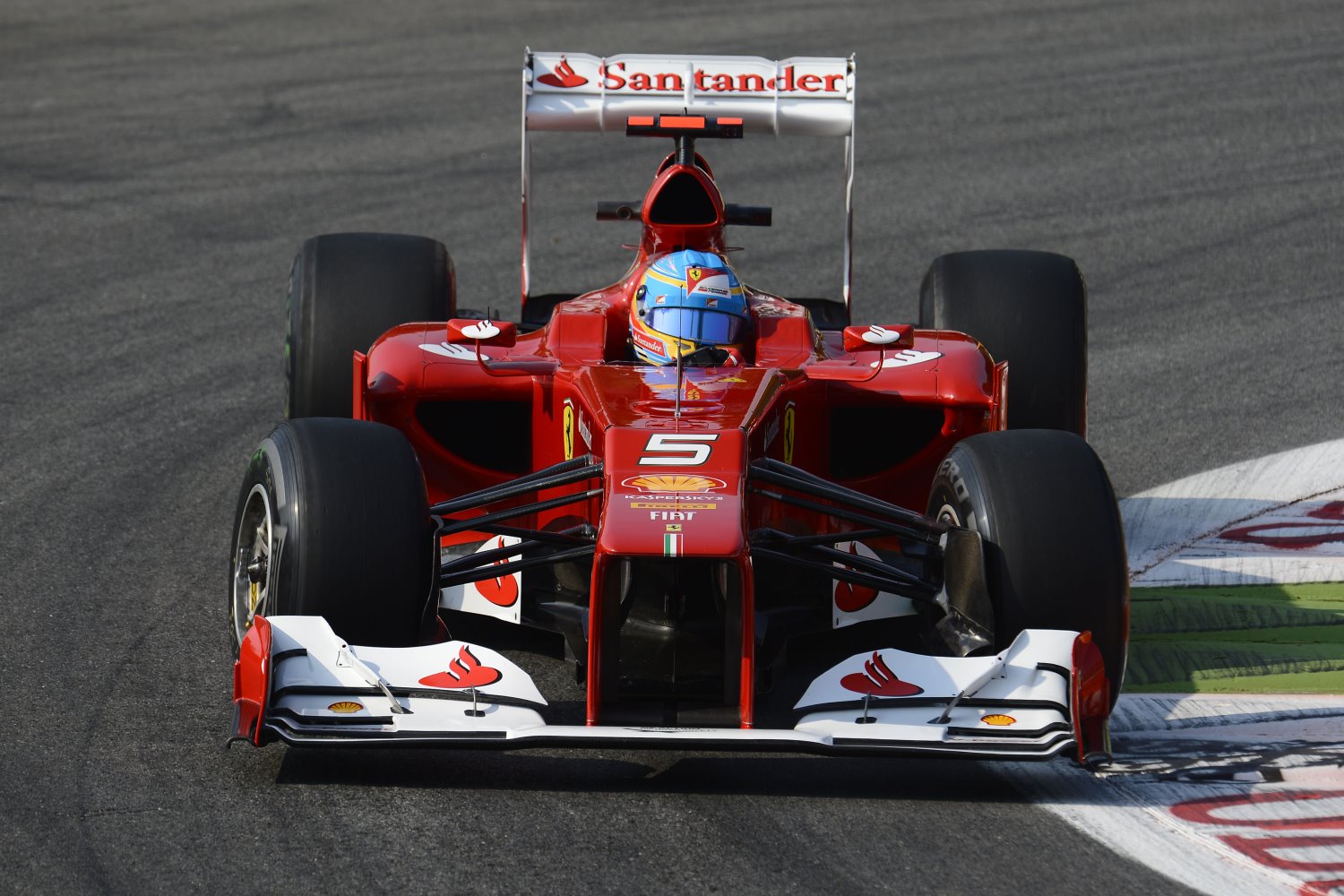 UPDATE Sebastian Vettel has repeated that he did not deliberately try to edge Fernando Alonso off the race track in Italy. In what was almost a carbon copy of an incident between the pair last year, it was this time the Ferrari which bounced down the grass verge.

Last year, when battling for the lead, Vettel had placed two wheels onto the grass to pull off a dramatic overtake for the lead in the early stages of the race. On this occasion, the roles were reversed as Alonso was pushing to move towards the front on Lap 26. Unlike 12 months ago, the entire car was off-track as the Spaniard reacted angrily.

When asked if his subsequent drive-through penalty was fair, Vettel replied:

“From my point of view, it’s not, because I think I left enough room. It is extremely difficult and I don’t really know what happened to Fernando. All I saw was that, when I checked the mirror, he was in the dirt. He eventually passed me because he had more speed."

(AFP) Fernando Alonso finished third at Ferrari’s home race and although the Spaniard said little, he made it abundantly clear that he was upset by Sebastian Vettel’s dangerous move that forced him off the track during Sunday’s Italian Grand Prix.

The Ferrari driver, who finished third behind Briton Lewis Hamilton of McLaren and Mexican Sergio Perez of Sauber, was asked about the defending champion’s driving during a post-race news briefing and, at first, refused to answer.

His enigmatic smile was enough, then, however to confirm an impression that he agreed entirely with the stewards’ decision to give the Red Bull man a drive-through penalty. The two had battled similarly a year earlier, when Alonso played fair and gave the Red Bull driver space.

On lap 26 in this edition of the race, Vettel went a step too far, squeezing Alonso onto the sand exiting the first Lesmo. The Spaniard was furious, shouting over the radio: “OK, that’s enough."

Asked again about the incident, however, and pressed to explain if it had cost him a chance to do better in the race, he said: “I lost 10 laps behind him, after the incident, and for sure the car was damaged because at 330 km/h you are jumping on the gravel – so I don’t think the floor and everything was fine after those jumps."

He added: “I think that the people who are in charge of making the decisions took a careful view of everything. It is up to them to do their job."

Vettel’s wild driving came on a bad day for Red Bull as both drivers were forced to retire and the team finished pointless.