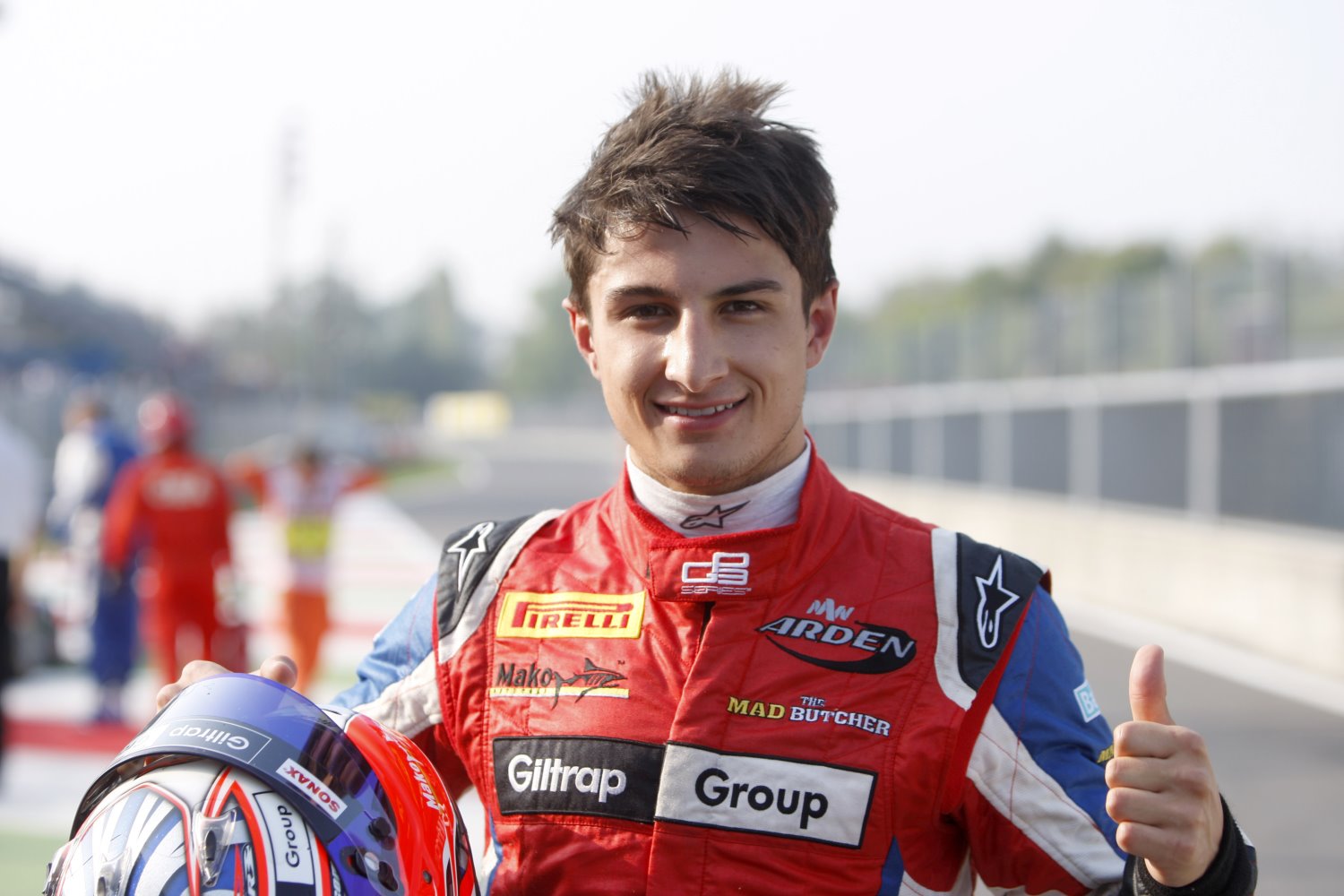 Mitch Evans has one hand on the GP3 Series championship trophy after flying to pole position in Qualifying today for Round 8 of the 2012 season. Series rival Antonio Felix Da Costa (Carlin) was just 0.020s shy of the New Zealander with David Fumanelli of MW Arden in third.

Gorgeous weather set the scene in the Monza paddock ahead of GP3 Qualifying on the day where the GP3 Series crown can be clinched. There was a flurry of action in the pitlane as the drivers ventured onto the circuit to set their installation laps and then the pace intensified. Tio Ellinas was first to set a hot lap, with Evans and William Buller also topping the timesheets in the early part of the 30 minute session.

Kevin Ceccon (Ocean Racing Technology) damaged his front wing when contact was made with the back of Patric Niederhauser (Jenzer Motorsport). At the midway point of qualifying, Felix Da Costa posted the fastest time with Ellinas and Buller close in pursuit. With four minutes remaining on the clock, the Series leader went quickest by seven tenths of second, showing he meant business in his fight to pocket the extra four points on offer for the coveted pole position.

But Felix Da Costa wasn't ready to let the MW Arden ace have it all his own way and went P2, nearly matching the New Zealander's best efforts. The top two in the championship will start from the front row together in the season finale, with all eyes on becoming GP3 Series Champion.

Fumanelli in front of his home supporters, claimed P3, one of his best qualifying sessions of the year, ahead of teammate Matias Laine and Ellinas. Tamas Pal Kiss finished P6 but has a ten place grid penalty after practice, therefore he will drop to P16. Buller, Daniel Abt, Conor Daly and Niederhauser rounded out the top ten.

Race 1 takes place at 17.20 CET later today where Evans can become Champion this afternoon if he finishes first or second as he has a 25.5 points advantage over Felix Da Costa, make sure you don't miss it!